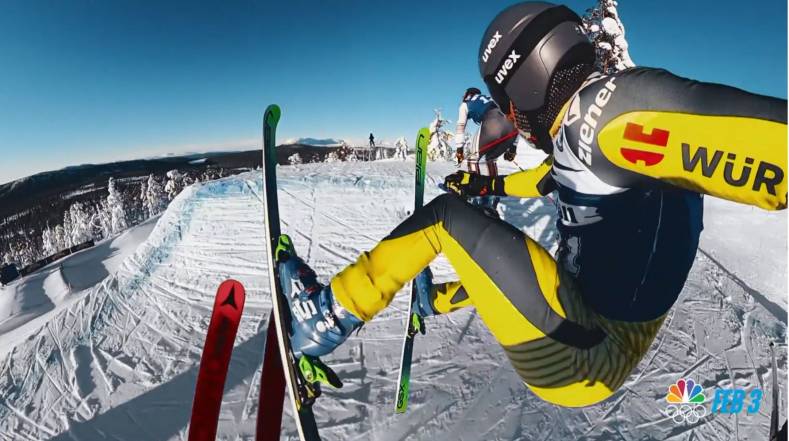 NBCU will present a Winter Olympics-record 2,800+ hours of coverage across NBC, Peacock, USA Network, CNBC, NBCOlympics.com and the NBC Sports app for the XXIV Olympic Winter Games from Beijing, China, from February 2-20, 2022.

Pete Bevacqua illustrated how NBC Sports programming will transition from the Super Bowl into the Olympics. “We’ll have that 100‑million plus audience from a Super Bowl and we’ll segue right into great live Olympic coverage back in Beijing. And to me that’s an unbelievably, really unparalleled and never before seen one‑two punch.”

He continued, “Our team led by Molly Solomon, our executive producer, Gary Zenkel, the president of our Olympics team, I think we are very ready. And across the board in terms of our team, you think about the role Mike Tirico, the Host of NBC Olympics Primetime will play and the role you will play, really both of you doing double duty with the Super Bowl and the Winter Olympics. So it’s going to be a challenge, but it’s going to be a wonderful challenge and an amazing opportunity for all of us,” said NBC Sports chairman Bevacqua. 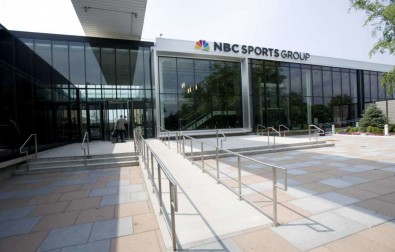 Maria Taylor said, “I’m really looking forward to hopping on a plane, leaving the Super Bowl, coming straight here and being able to work the Winter Olympics. And where we are right now is where we do Football Night in America in Stamford, Connecticut, but talk about the importance of this facility specifically, because while you’re simultaneously broadcasting two different global events, this is the hub of it?”

Bevacqua followed up, “Absolutely the hub. Stamford is our home, and we’ll be prepared. We had over 1500 people here in Tokyo during the Summer Games. We’ll have well over a thousand people in Beijing for the Winter Games. And this is the fifth time we’ll have used Stamford as part of our Olympic home.”

He continued, “But, you know, we’ll make sure. We have to do everything to keep people safe and sound. But with advancements in technology, that connectivity between what we’re doing in Beijing and what we do here in Stamford in our home base, I know we won’t skip a beat. And, again, we’ve gone through this, rightly or wrongly, for good or for bad, we’ve been dealing with live sports during a pandemic for 18 months, including the Summer Olympics in Tokyo. So this team is tested. This team is ready.”

When asked by Maria Taylor about the challenges of the Super Bowl and Winter Olympics at the same time, Pete Bevacqua responded, “Well, there’s definitely operational challenges because we are all going to be doing double duty, and no one knows that more than you, and you’ll live that as much as anybody. But I think the advantages far outweigh the disadvantages.” 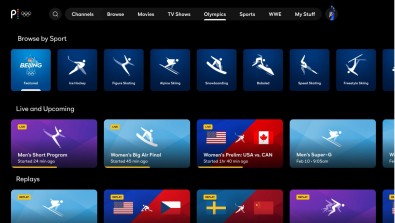 Fresh customization of the schedule on NBCOlympics provides more information for viewers.

“I think one of the great things about Peacock is people will know that is your safety net, your home for all things Olympics. And we spent a lot of time making sure we have the right state‑of‑the‑art navigation tools on Peacock. So whether you want to be directed to NBC or USA or back at Peacock utilizing the strength of our platforms, Peacock will be the home for that, “ Bevacqua said.

Molly Solomon said, “First, we mention Peacock eliminating the confusion. Second, we have really enhanced our customization of the schedule on NBCOlympics.com. So, you can find anything you want, linear, digital or streaming by going there. Finally, we are going to double-down on on-screen execution. So, more information for the viewer. Studio segments will have tickers reminding you what’s coming up. We’ll use different graphical executions to ensure information is out there so everybody knows what’s coming up and where to find what they want.”

Solomon added “We are deploying the most production technology ever at a Winter Olympics, including at figure skating where we have added major elements.” She continued, “Skaters on the men’s and women’s side are continuing to elevate the sport with quadruple jumps so we really wanted to make sure that we are better explaining, you know, those amazing feats. So, we have added four super slow-mo cameras, one in each corner of the rink. That brings us up to 22 cameras of figure skating, and that is really going to help the viewer better understand the rotations on those jumps that determine their scores.”

“We are also using stro-motion, athlete tracking technology for enhanced replay packages,” Solomon said. “In snowboarding we are going to have raw motion data tracking, what the heck did that mean, and that means that you’ll be able to see the jump height in the halfpipe which is really cool. At alpine we have added motion sensors to give us even better (measurements of) wind and speed.” 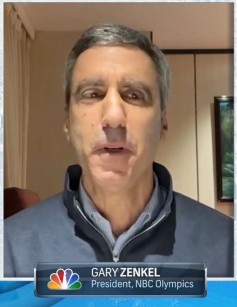 Gary Zenkel said, “There are 250 of us here, more to come, and we’re getting ready.”

When asked about his past 6 months, Gary Zenkel said, “Let me put it in some interesting terms. I’ve never actually run a marathon. One day I hope to. But I think it’s something like if you were to run two marathons on two consecutive days.”

He continued, “And so you finish one, and before the soreness heals up and before you’ve recovered from the exhaustion, you get on the road the next day. And that’s what this was like.

And we have an amazing team that rallied on their way out of Tokyo. In fact, we did some of the work while we were in Tokyo. We set ourselves up to plan for a six‑month turnaround. So it’s been quite a sprint. But we’re here. I’m here. There are 250 of us here, more to come, and we’re getting ready.”

Zenkel said, “We had about 100 people that phased in October/November of last year and began to build out the technical infrastructure in the broadcast center. That put us in a really great position when more of us came in early January. So, we have a really sound technical infrastructure built inside the IBC, and now that we’re able to move to the venues, our preparations at the venues are now underway.” 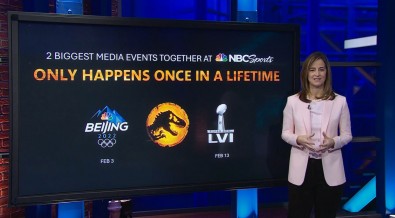 Jenny Storms, CMO, Entertainment & Sports, NBCUniversal said, “As the Tokyo Olympics came to a close, an incredible opportunity presented itself for our company. And we are ready for this moment where for the first time, the Super Bowl and Olympics happen at the same time on NBC and Peacock."

In The Closed Loop

NBC Olympics President Zenkel continued, “In January, the group that came in entered what’s called a closed loop. If you’ve been following Beijing and the preparations, you know that they’ve created essentially a bubble that the Olympic stakeholders and all its participants will operate in.

It is restrictive, but it does allow us, of course, complete access, as we need, the broadcast center, the venues, in order to complete our preparation. So all in all, quite good. The venues, I haven’t been to any yet on this trip. But for those who have, they say they are spectacular. So I have no doubt that what the American audience witnesses when we turn on our cameras in a few weeks is going to be extraordinary.”

Molly Solomon added, “We’ve gotten really good at this type of production. It’s almost like we’ve got a built‑in expertise on how to mount large‑scale remote productions. And the Beijing model is going to be very similar to Tokyo in that the heartbeat of our Olympic operation will actually be in Stamford, Connecticut, at NBC Sports headquarters. We’ll have more personnel there than in the host city.”