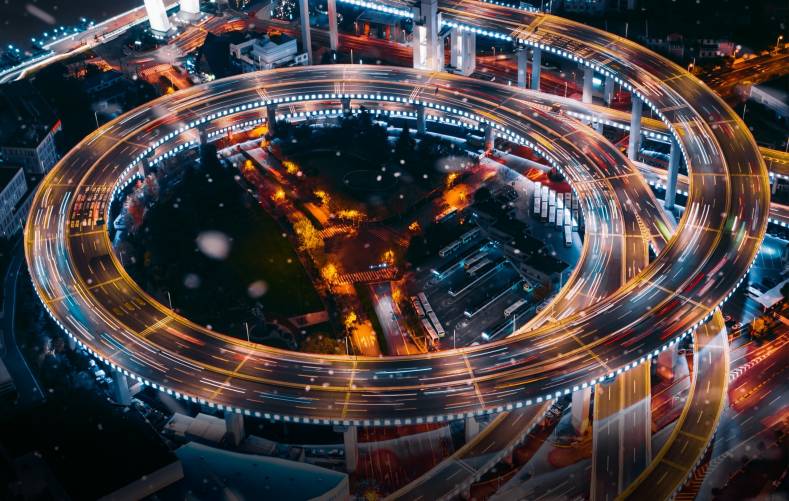 In the previous article in this series, we looked at the challenges of streaming media for broadcasters, and in this article, we look at how specialized CDNs designed specifically for broadcast television delivers a greatly improved streaming experience for viewers.

Although the media file or stream may be divided into smaller chunks of data to allow it to progress through the internet, the consequences of the media being an incredibly long file cannot be understated, even when it’s separated into short chunks. Webpage technology relies on the exchange of data being stateless. In essence, this means each data transaction is treated in isolation as an individual mouse click, or data entry, creates a unique message-response action. We may have worked around this by splitting the video and audio into small chunks of data, but they cannot be treated in isolation as they are assembled in the player to form a continuous streaming experience.

Another consequence of IP delivery is that there are no guarantees that packets will arrive in the correct order. This is particularly evident if subsequent packets take different routes through the ASs to the ISPs. Not having the constraint of making sure subsequent packets take the same route does make the internet more efficient for short term messages as TCP re-orders packets to put them in the right sequence, but it does so at the expense of latency. Furthermore, broadcasters have no control over how packets route through the internet.

Another issue within generalized CDNs is that their inner workings generally lack visibility. Also, broadcast traffic comprises a relatively small amount of the overall network traffic leading to limited focus from service providers. Companies such as YouTube, Netflix and Facebook all employ their own private CDNs to overcome this.

The cost to broadcasters of building their own CDNs by themselves is prohibitive. Anybody building a CDN does not only have to consider the deep knowledge needed to create multi-layer software, the cost of the infrastructure, physical network, and connections, but also how they form the contractual relationships to integrate into the ASs and ISPs that make up the internet. These are often reciprocal relationships that rely on the trading of connectivity into homes, something broadcasters probably will not have.

The historical broadcast television model is essentially a fire and forget system, that is, the video and audio is presented to the television transmitter and then sent to all homeowners in the region. There is no reverse link to verify the signal arrived intact other than confidence off-air monitors in the vicinity of the broadcast center. Consequently, building a huge regional or national private CDN system would be beyond the knowledge and experience of most, if not all broadcasters. 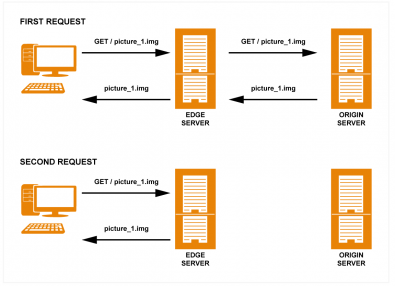 Generalized CDNs move the data closer to the user to reduce latency. However, this model assumes the data is static so very few requests are made to the origin server. Although streaming uses this model, it results in very high latency, especially during live broadcasts. Specialized CDNs fix this challenge.

A broadcaster can easily use a generic CDN, but they do so at the expense of a reduction in the amount of control they have over the allocation of data bandwidth and latency guarantee within the network, leading to the potential loss of viewers through a poor viewer experience.

IP is delivering unprecedented opportunities for broadcasters and seeing the number of facilities transitioning to IP is testament to this. As an industry, we have been able to ride on the back of the massive amount of innovation that has occurred in IT and other industries such as finance and medical. However, due to the uniqueness of streamed media, generic IT and COTS solutions need optimization.

Streaming media for OTT using CDNs is one area where specialization is needed. Specialist CDNs solve many of the challenges already discussed as the proprietors have an in depth understanding of how media is constructed as well as understanding the expectations of the viewers.

For a CDN to be successful it needs to have massive interconnect to ASs and ISPs, provide dedicated capacity and low latency, and accurate network measurements. CDN suppliers who focus on media data capacity, latency and network measure are critical for broadcasters looking to provide their viewers with the highest possible QoE.

Specialist CDN providers will have their own network and agreements with ASs and ISPs dedicated to media delivery, and not just generic internet traffic. This opens massive opportunities for broadcasters as data bandwidth can be guaranteed along with very low latencies. Also, as the specialist media CDN provider will have visibility of their entire network, they will have a mountain of analysis metadata available from their monitoring probes.

Network metadata is the new tool available to broadcasters. Not only does it provide the opportunity to understand how a network is performing, where the pinch points are, and where faults have occurred, but it also facilitates the new breed of data-led optimization through machine learning (ML).

Realtime monitoring provides visibility of how the low-level characteristics of the network are performing. This is far more than just checking the averaged data rates or packet loss; it provides relevance to the measure. Media is special as the individual packets of data cannot be treated in isolation. We cannot assume that just because a sequence of packets has a small latency then this can be extrapolated to the whole video stream. Delivering media over the internet requires an understanding of the link between the transport stream and media essence.

Key to ML is the dataset, and the more diverse the dataset, the more likely the ML engine is to learn patterns in behavior that were otherwise unknown. It’s no coincidence therefore that specialist CDN suppliers have an incredible number of probes for recording metadata parameters that can be applied to this task.

Through ML learning, patterns can be detected that may point to the imminent overflowing of a switch buffer, or a potential failure in a link. Often, these patterns, or anomalies, are detected so quickly that they are used to control the network itself by changing routing or data bandwidth allocation. Because a specialist CDN provider has knowledge and visibility of their network, they have a great deal of influence of how the network performs and can react to these automated changes very quickly.

Based on the analysis of historic metadata, specialist CDN providers can provide accurate costings for services. Network utilization increases during peak viewing and understanding where and when this happens allows the accurate prediction of costings for media delivery.

Viewers may be switching to mobile device and smart TV viewing in their droves, but they still expect the same QoE found in traditional static television models. The viewing immersive experience is critical and the communal enjoyment the internet now delivers through social media is without compromise. Although the internet is providing untold opportunities for broadcasters, the unique requirements of streamed media demand specialist solutions, and none more so than in the provision of CDNs.