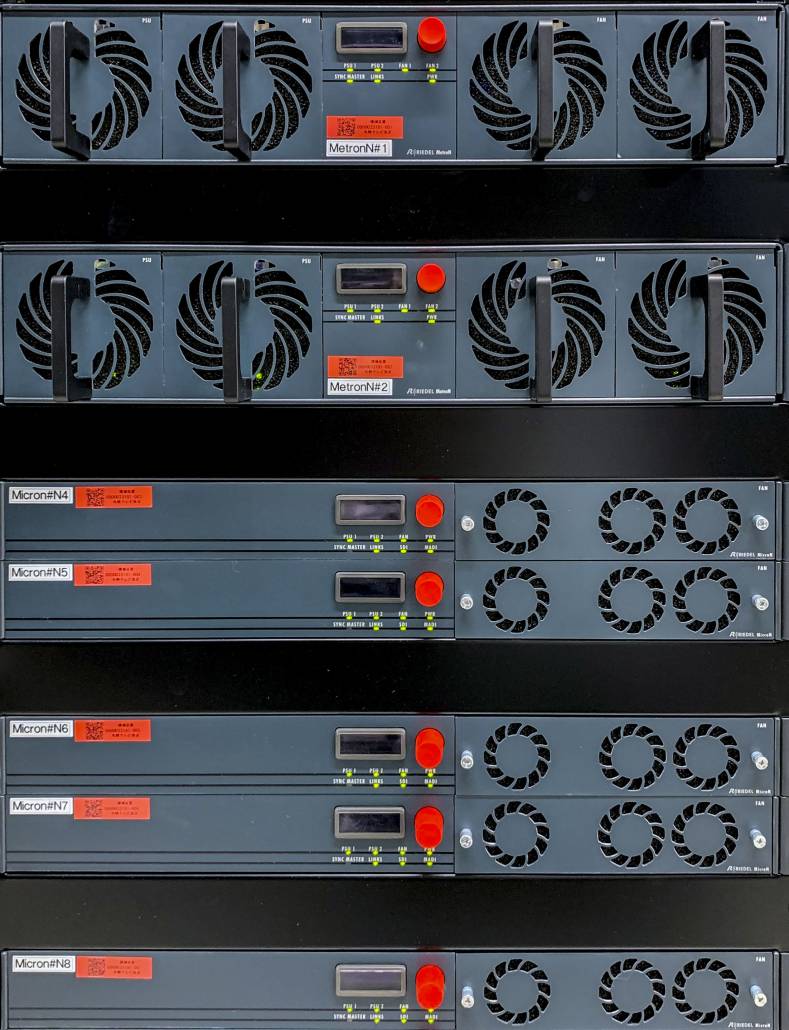 STV is the first Riedel customer in Japan to use the MicroN media distribution network device as a core video router.

Sapporo Television Broadcasting Co. Ltd. (STV) has deployed 17 Riedel MicroN media distribution network devices along with two MetroN core routers as part of a distributed MediorNet real-time media network extending across two control rooms, broadcast master control, news editing, and other areas of the station. With this deployment, STV has become the first Riedel customer in Japan to use the MicroN media distribution network device as a core video router.

“In selecting the MediorNet system for our core facilities, we were cautious at first, but after extensive evaluation, we were convinced that the advantages of MediorNet would prevail,” said Mr. Yasutaka Tashiro, Manager of the Technical Operations Department at STV. “MediorNet offers a very innovative and effective way to build a system. It also met all our requirements and is cost-effective. In actual operation, we have taken full advantage of MediorNet’s functions, and we feel that the selection was justified.”

While STV had initially considered a traditional baseband router and a video-over-IP router, the broadcaster opted for Riedel’s MediorNet network with the MetroN and MicroN devices instead. In addition to keeping operational and maintenance costs down and significantly reducing cabling requirements, the MediorNet system offers processing functions, MADI input/output options, and redundancy that contribute to overall system flexibility and reliability. STV is using the Riedel infrastructure to aggregate video resources from inside and outside the broadcast station and make them readily available to various departments as needed. The broadcaster has also deployed Riedel’s Bolero wireless intercom system for flexible communications across the station.

Within the MediorNet AV networking infrastructure, MicroN can serve as a breakout box for a MetroN router and extend connectivity beyond the fiber I/Os to any type of video and audio I/O required. Connecting 17 MicroN devices with a few optical cables, STV quickly and simply configured the devices as a single, large-scale video router. With their integrated video processing functions and MADI input/output, the devices enable a smart device design/configuration in the control room, allowing STV to reduce the number of converters and other equipment.

“Once we establish a track record of stable use of MediorNet over a long period of time, then the decentralized distributed router will become the norm when we upgrade our facilities in the future,” added Mr. Tashiro. “I think it is very significant that we already have a good track record, and in the future, we would also like to expand the network into our remote production system.”

“As broadcasters such as STV consider their move toward IP, MediorNet allows them to take a progressive approach — building on their SDI foundation and implementing IP when the time is right,” said Takako Konishi, Senior Sales Manager - Japan at Riedel. “Only Riedel can provide a hybrid solution combining SDI and IP, and we look forward to offering this future-proof option to more customers in Japan as the country’s broadcasters undertake the transition to IP.”