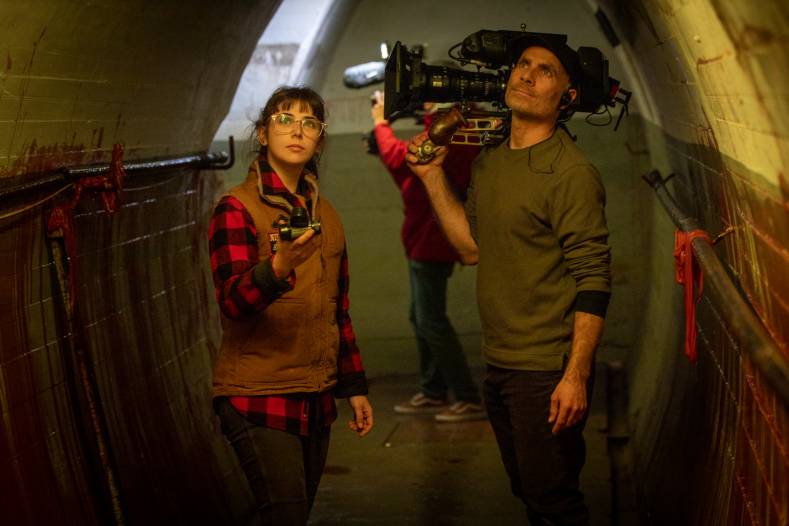 Rental companies Lemac in Australia and ImageZone in New Zealand talk about how DPs are using Sony Venice.

Lemac MD Sue Greenshields says, “Lemac was fortunate enough to be involved in testing and feedback on the first Venice prototype in Australia. That collaboration shows in unique features such as the Rialto extension system that gives unparalleled flexibility for mounting the system in almost any situation and the internal ND filter system offering a world-first 8 steps of filtration.”

Greenshields added, “Cameras have also been sold to clients for productions encompassing TVC and wildlife cinematography through to corporate production. Our rentals department has recently had up to eight camera production units at one time on the Disney Amazon series The Wilds S2. This series has recently completed production in Queensland. Bad Mothers was the first drama to shoot on Sony Venice cameras in Australia and the camera’s popularity has grown rapidly since then. It was the camera of choice recently on the impressive ABC production of Wakefield and The Dollhouse feature Seriously Red. Many other productions are also currently filming with our support on Venice in Australia. These include CJZ series Darby and Joan, Hoodlum/Stan feature film Christmas on the Farm and the ABC series Troppo.

It’s a similar story for ImageZone in New Zealand as rental manager Stephen Baker explained, “The Venice has the ability to shoot in 6K full frame, or super sample down to 4K yet still use the full frame sensor for that full frame look without the 6K files. Also, for a full frame camera it has the best off-speed capabilities, which is a big plus. The dual recording function of being able to shoot on both AXSM cards and SxS cards is another clever and practical application and both DoPs and ACs tell us having the broad range of internal NDs is a real advantage in the real world of making movies.”

He added, “One of the big questions DoPs had when the Venice first came along was if its colour science was comparable to the industry standard cameras they were familiar with. The general consensus has been yes, yes it is! Whilst it obviously has a different colour science, the feedback is that the camera has a fantastic dynamic range, rich colours and great contrast. The dual ISO ability is also something that has impressed many DOPs especially when shooting in low light environments. ACs like the easy-to-use menu system and having the ability to access functions on the AC side of the camera.”