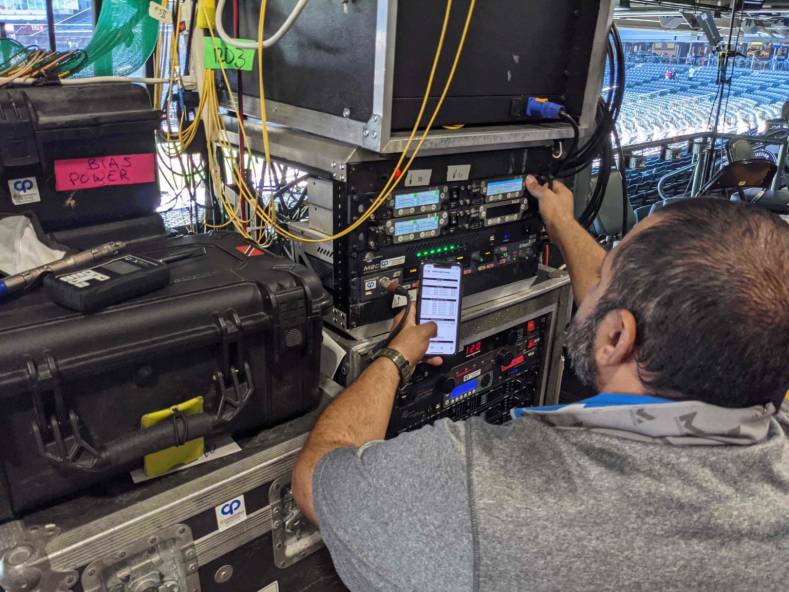 Live event production house CP Communications has been helping events and live programmers cater for drastic changes in spectrum reallocations in the USA towards mobile operators.

In one example, the MLB (Major League Baseball) All-Star Game in Denver was challenging because there were multiple events and networks. “Every time you add a network, you add more RF,” said Loren Sherman, RF coordinator and field technician. “That made the All-Star Game a little more difficult to coordinate.”

When charged with RF coordination of wireless transmission of video and audio for an event, CP assigns various entities to specific frequencies within the spectrum for the duration of an event. The purpose is to avoid interference with established spectrum users in the area, such as broadcast stations, as well as any entity covering the event temporarily.

“I think what makes us unique, unlike most frequency coordinators, is that we also operate the gear,” Sherman explained. “We’re not just passing out a number and giving it to people. We understand how the gear operates, so we provide frequencies where the gear can work harmoniously with other pieces of gear. We’re one of the few that do both and we do both well.”

CP technicians coordinate RF frequencies with specialized software while working closely with the venue and local SBE (Society of Broadcast Engineers) coordinators. CP’s biggest challenge is finding enough spectrum for everyone when less is available. To accommodate all media clients during high-profile events, CP relies on receiving special temporary authority (STA), from the FCC to use parts of the spectrum that are not normally available.

“If we’re going to use STAs, then we need time,” Sherman explained. “We might start planning for something like the Super Bowl a month or two in advance, depending on how many two-way radios we need to coordinate everything.”

While RF coordination is similar for indoor and outdoor events, Sherman said he can usually get more frequency options in an indoor venue. “The venue will often provide protection from digital television stations,” he explained. “Maybe they’ll attenuate that signal enough that it becomes a usable piece of spectrum inside that building. But outside, it is what it is.”