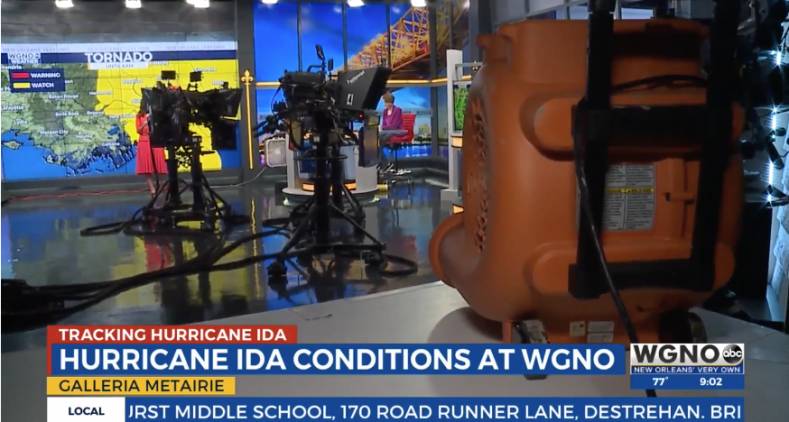 Electric blowers (at right) were brought in to dry out the news studio at WGNO. The staff was forced to evacuate while live on the air.

Violent weather storms are wreaking havoc on the East Coast of the U.S. and radio and TV stations there are struggling to get the life-saving news out. In the past two months alone storms have knocked out TV antenna and broadcast towers at an alarming rate. 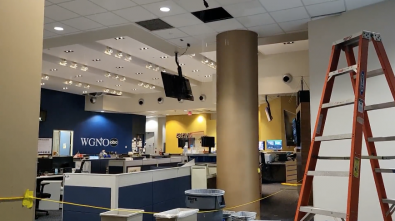 Water pours into the newsroom at WGNO-TV in Louisiana as staff continued to report during Hurricane Ida.

Hurricane Ida, the latest to hit in late August, made landfall in Louisiana as a Category 4 storm, knocking out power to over a million residents. It shut down two TV stations—WGNO and WNOL-TV—and more than 350,000 cable and wireless customers had lost service. In addition, three FM stations reported being out of service (KVDU, WNOE, WRNO-FM).

Staff at Nexstar station WGNO had to evacuate from their control room in the middle of live coverage as the roof of their building was ripped off by winds from Hurricane Ida. The station shares studio space with CW affiliate WNOL at a local mall.

Tweets from anchors and reporters showed rain leaking into their newsroom and ceiling tiles falling to the floor. The storm even smashed the station's satellite dishes.

One report tweeted: “One of our satellites just got smashed outside the galleria by falling siding/structural damage. 110-115mph gusts.”

A portion of the 21-storybuilding that the station is located in (it is on the eighth floor) fell on one of the station’s many broadcast satellite dishes. Just an hour later, ceiling tiles collapsed in multiple areas of the station due to the excessive weight and leaks caused by continuous rain from Ida. 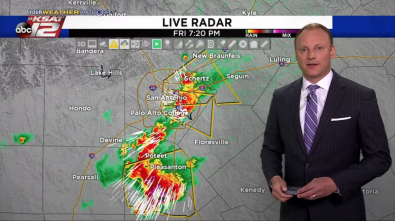 In addition, no power in the city meant no air conditioning in an area with high humidity during the months of July and August, making for challenging conditions as the staff came back to work. Yet they remained in continuous weather coverage through the ordeal.

In lieu of OTA broadcasting capability, new technologies like drones and live streaming on social media have become the go to reporting vehicles due to severe flooding across the state, providing viewers and emergency personnel with stunning footage of damaged areas that were not accessible with ENG vans. Also, bonded cellular video transmitters inside backpacks—a popular ENG tool—are often useless when cell service is adversely affected.

As they have been through so many storms, reporters have stepped up to the challenge. In fact, disruptive weather has affected stations across the country this year, which has caused staff to scramble when their operations are affected. Yet they find alternate ways to keep reporting the news. At KSAT 12, the ABC affiliate in central Texas, whenever storms threaten some part of his state, meteorologist Adam Caskey gathers his production crew and produces a live “appcast” on the station’s weather app—developed by KSAT's corporate owner, Graham Media Group. 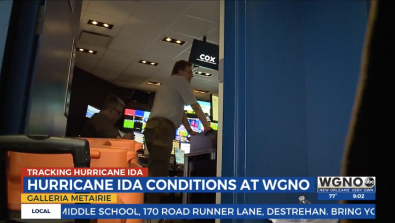 The WGNO control room sustained water damage but continued to operate throughout the storm.

“What's the first thing today's viewers do when the sky gets dark? Check their phone,” Caskey said. “They want to know what's happening and when it's all going to change. The appcast provides live answers to many of their questions. We broadcast live from our studio and chroma key directly to the palm of their hand.”

Some appcasts are 15 to 20 minutes long, while others might last an hour or two, depending on the weather.

"Acknowledging the role of disruptive weather, and not diminishing how important it is to the day-to-day lives of our neighbors, is one of the ways our meteorologists can continue to build loyalty and trust among our viewers," said Bernice Kearney, News Director at KSAT, the ABC affiliate in San Antonio.

The situation in the southeast continues to improve as of this writing, but station operations will be severely affected for weeks to come, as the WGNO control room, news studio and other areas sustained water damage that required electrical blowers to eliminate the moisture.