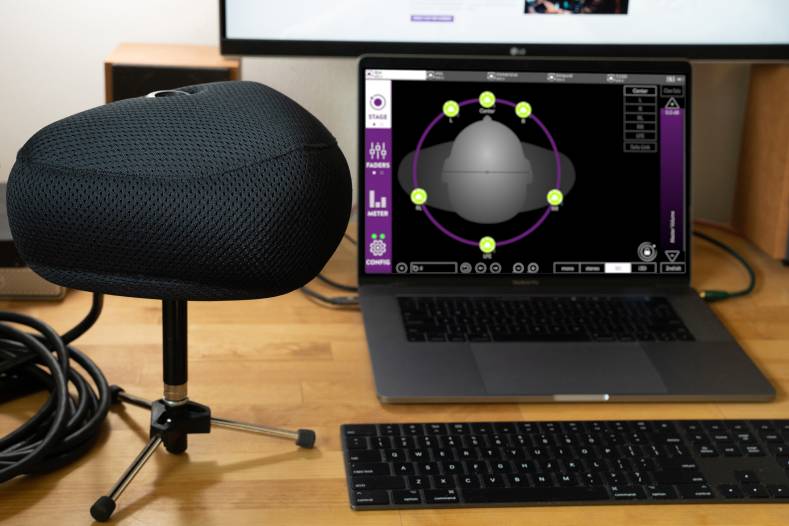 DPA Microphones and KLANG:technologies have teamed up to create a system that will enable live event teams to immerse singers and musicians in their on-stage performances.

The solution integrates DPA’s renowned 5100 Mobile Surround Microphone and KLANG’s ground-breaking Immersive Mixing Processor for a fully engrossing experience. In addition to the benefits of KLANG’s panning capabilities, the use of DPA surround mics replaces the need for large quantities of microphones to capture the entire environment.

Initially inspired by high-profile live sound users, the collaboration ultimately came to fruition during a series of workshops between KLANG and DPA. Engineers from the brands saw a natural bridge between the uncoloured DPA sound and the KLANG processing, which makes the system well-suited for everything from small clubs to large arena tours. Dedicated pre-sets can be integrated through the KLANG:app, a control application for all KLANG immersive in-ear mixing processors, including the just released KLANG:vokal and KLANG:kontroller. DiGiCo users can also take advantage of the full workflow implementation on the surface of their SD or Quantum range desks.

To best serve its customers, KLANG will add unique presets to its in-ear technology that work directly with the DPA 5100 Surround microphone. “The goal is to make it even easier for people to assimilate the DPA 5100 with all our solutions,” says Dr. Roman Scharrer, CEO of KLANG:technologies. “For touring engineers, it’s always important to have a really straightforward, fast and reliable workflow to get the best possible result; the DPA 5100 used in conjunction with KLANG’s immersive in-ear technology is the perfect approach. We’re excited to have been able to collaborate with such a premier surround microphone manufacturer as DPA and look forward to the incredible productions that will result from this solution.”

KLANG’s offerings help musicians become fully immersed in their performance and, with the addition of the DPA 5100, monitor engineers can now add the crucial factor of a natural ambience into the system with even more ease. The solution makes it possible to have a fully immersive live experience with a conventional set of stereo headphones or in-ears that makes the artists feel as though they are listening to the performance without the isolating effect of IEMs. This is because KLANG’s specialised functionality allows its in-ear users to hear each area of the venue from the exact position at which they are standing. For example, the main performer would hear drums behind them, keys to the right, audience to the front.

Popular among front of house engineers for high-profile artists such as Aerosmith, Paul McCartney and Ozzy Osborne, the DPA 5100 has primarily been used to capture ambience in a live sound setting, as well as for communications and archiving during band rehearsals. Building off DPA 5100’s benefits for broadcast applications in combination with the KLANG technology, live event teams will now also be able to create exceptionally immersive experiences for the at-home viewer. This will be particularly beneficial to live streaming applications as it allows a person to bring the arena home to remote audiences.