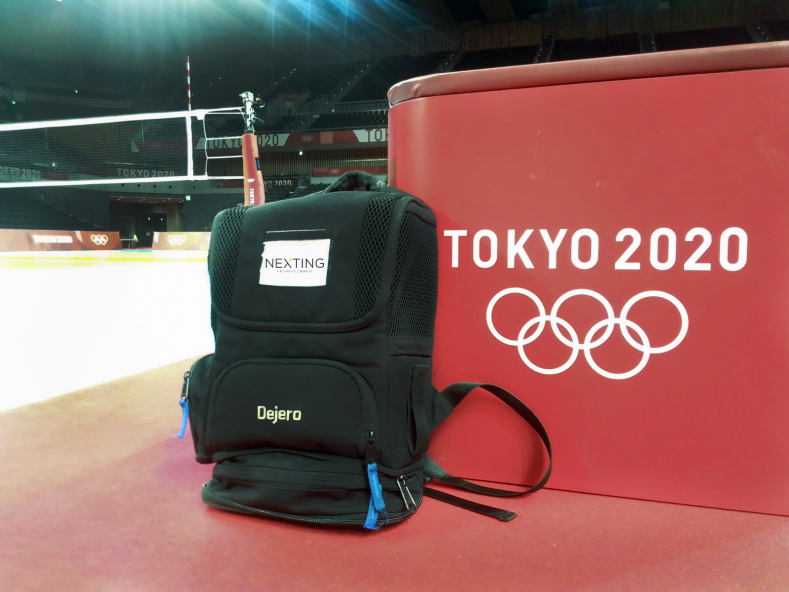 Dejero has successfully enabled Italian production company Nexting to provide live coverage, edited highlight packages and high-quality interviews from the Summer Games in Tokyo to a range of Italian broadcasters.

The Dejero EnGo 260 allowed Nexting to send broadcast-quality live video to all of its clients with latency as low as 0.8 seconds. As there was a seven-hour time difference between Italy and Japan, the production crews were effectively operating for 31 hours continuously in a rolling pattern. The crews were able to quickly and easily insert region-specific SIM cards into the EnGo transmitters to provide cellular connectivity from the local carriers in Japan and ensure optimal performance while roaming around the different venues. The five crews could also depend on the long battery life, provided by the EnGo, alongside the excellent 24/7 support from Dejero.

Known for its ultra-reliable cellular reception in challenging network environments, the ruggedized EnGo transmitters also made it easy to withstand the challenges presented by the brutal changing weather conditions in Japan, which ranged from severe heat and 84% humidity — making it the hottest Summer Games on record — to the wet and windy conditions caused by tropical storm Nepartak.

As well as providing live coverage and edited packages throughout the afternoon and evening into Italy’s news and sports news programmes from Casa Italia (the Italian team’s home base located in The Kihinkan–Takanawa Manor House and their Network Operations Centre), Nexting spent the mornings gathering interviews from the Mixed Zone for athletes. Five EnGo transmitters enabled the company to carry out immediate post-event interviews without concerns about the congestion created by the number of broadcasters transmitting in the area.

The EnGo uses Smart Blending Technology, which simultaneously aggregates cellular connections from multiple providers to form a virtual ‘network of networks’ delivered as a single service, enhancing reliability, expanding coverage areas and delivering greater bandwidth. The technology guaranteed the safe production and transmission of live and edited footage from any site in all weather conditions.