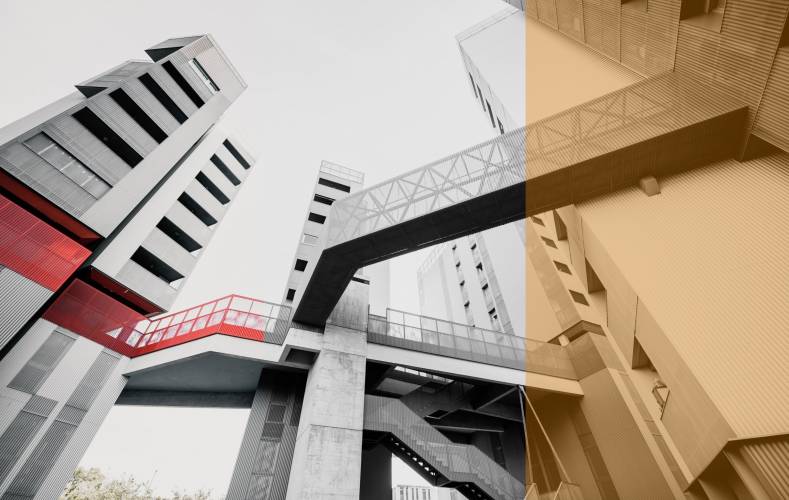 In Part 1, we looked at how the internet operates and the components that make it so effective. In this article, we consider the broadcast applications available and what it means to “connect to the internet”.

Advertising routes through the Border Gateway Protocol (BGP) for multiple ASes (Autonomous Systems) is key for distribution and reliable delivery of IP packets throughout the internet. The combination of a telcos autonomy combined with the collaboration provided through BGP delivers the power of the internet.

However, it’s difficult for ISPs to provide SLAs to guarantee bandwidth and latency with a generic service, and media distribution is quite unique compared to the client-server websites and file transfer that the internet often deals with.

So, why can a broadcaster not just bypass the telco and connect directly to the internet backbone?

ISP Provision
The simple answer is that some do by becoming their own ISP, even if they are their only client. To be a member of the internet club, that is be an ISP or part of the connectivity infrastructure such as an internet exchange, you need to have your own set of dedicated IP addresses, be able to exchange BGP routing information and have your own unique AS numbers, and then you can send the actual data.

Although this sounds relatively straight forward, there is a whole load of detail that is quickly glossed over in this suggestion making the possibility of becoming an ISP for most broadcasters an unviable option. For example, we need to consider the metrics for maintaining high data throughput and low latency. And resilience is key as a connection’s bandwidth can be congested, compromised or even lost completely. Having an abundance of other ASes to connect to is critical so that diverse routings can be provisioned.

Another method for using the internet for media contribution is to use a service provider that understands media and has many relationships with other ASes, and is able to monitor the metrics at a deep level to maintain high data throughput with low latency.

Relationships Are Key
Relationships with other ASes shouldn’t be underestimated as these are the key to providing resilience, reliable connectivity and low latency. For example, if a routing via AS-1 fails, then another routing must be quickly established. If a broadcaster is using a telco with a limited number of AS connections, then the resilience is going to be limited and the overall experience will be quite poor.

We often speak of the internet as being resilient, but this resilience is not a coincidence, it must be planned and relationships with other ASes must be maintained before we even consider the exchange of the media data. But as the number of AS connections increases, then so does the complexity of the telcos own network along with its connectivity to others. And at the end of the day these networks need a lot of talented people to operate and maintain them. 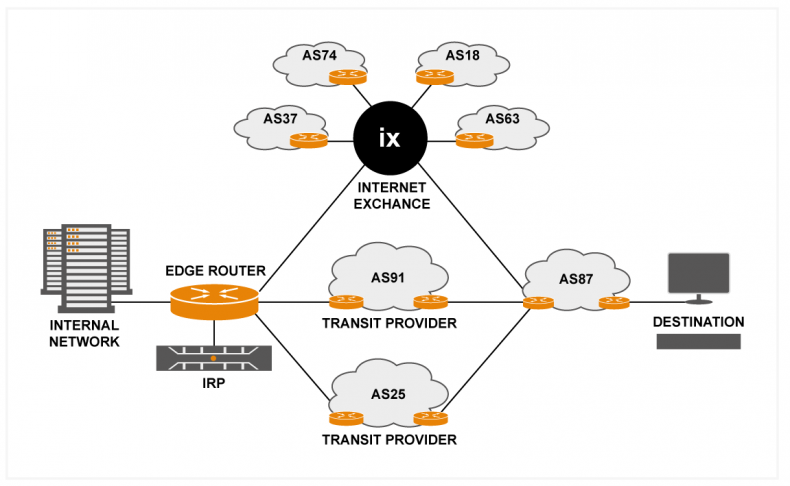 Figure 1 – Internet Exchanges provide an alternative and high-speed method of connectivity to other ASes around the world. Here, the transit provider can be bypassed using the IXP if latency or data throughput issues were to occur. Also, the IXP increases the number of potential ASes that a telco can access.

This complexity does work to a broadcaster’s advantage as a “media streaming” friendly service provider will understand the difficulty of transferring video and audio with the minimum of latency. The internet was originally designed to be transactional in its operation through the client-server model. This is far away from the constant data flows video and audio demand.

Consequently, not only do the engineers need to understand video and audio, but they also need to be able to apply their network analysis tools to the vagaries of broadcast television.

A service provider may be able to negotiate with other ASes the most optimal routing for a specific media stream. This is particularly important when broadcasters need contribution services for productions such as outside broadcasts, especially when working across country boundaries.

IXP Improvements
Internet exchanges (IXP) are further improving the resilience and efficiency of the internet. By having telcos, content delivery providers and mobile phone operators all connected to an IXP, the ability to exchange data reliably between them with the minimum of latency is greatly improved. But just like the connectivity between ASes, there is a lot of collaboration between often competing businesses, so a great deal of trust has been built in making the internet exchanges operate efficiently.

IXP efficiencies are gained as ISPs may take the fastest route based on their agreements with other ASes, but this may not always be the fastest physical route. For example, if a user in Oxford connects to a server in Cambridge, and the Oxford user’s ISP only has an AS connection via London, then the shortest physical route is not used (Oxford to Cambridge) as the routing takes place via London. This situation is based purely on the fact that the users Oxford ISP doesn’t have a direct relationship with a Cambridge ISP so must go via the relationship it has with the London ISP.

It’s almost impossible for any ISP to have relationships with all other ISPs and ASes in every country throughout the world so the IXP provides much faster and convenient connectivity. Also, IXPs often have international connectivity to other IXPs so that ASes can achieve better connectivity across the globe, further reducing latency and improving the important round-trip time of TCP packets.

Essential Monitoring
Being able to provide monitoring at critical points through a media streams’ journey is key for broadcasters looking to use the internet as a contribution service. Due to the complexity and number of service providers involved in the distribution, using a network provider that has this level of visibility will help enormously.

IP infrastructures in general provide a massive opportunity for scalability. For broadcast applications it’s reasonable to assume that the final mile uses a variation of fiber to deliver bandwidth far in excess of their requirements, even for an outside broadcast with full duplex data paths. Once the data reaches the service providers network, extra bandwidth can be supplied as required. Full monitoring is also provided so any network issues can be detected quickly and dealt with appropriately.

Provision of contribution circuits over the internet is a relatively new phenomena for broadcasters. However, combined with a media-friendly network provider, the internet is proving itself to be a formidable alternative to fixed point-to-point lines, especially when we consider the flexibility and scalability the internet provides.

Media-friendly service providers not only deliver low latency and high bandwidth connectivity for broadcasters, but they also facilitate deep levels of monitoring and a knowledge of the whole internet to achieve reliable service delivery.