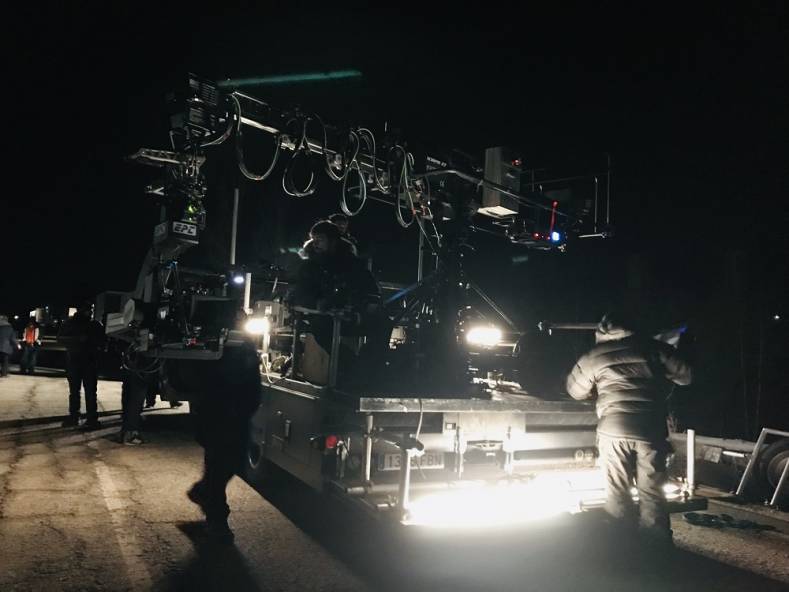 The Spanish Netflix Original follows the events after a prisoner transfer van is attacked. The officer in charge must fight those inside and outside while dealing with a silent foe: the icy temperatures.

For the most part, the action in the film takes place inside a truck, with some additional scenes around Madrid and a variety of smaller towns, including the ancient city of Segovia, a UNESCO World Heritage site.

Full frame lenses were not the first choice, as Vila explains: “At first we wanted to shoot the movie with anamorphics. Then we realised that maybe it was not the best option seeing how small the space in the van was. So, we opted for spherical, but in Full Frame format to get that feeling of spaciousness. The Cooke S7/i’s were perfectly suited to what we needed. They offer the quality, and at the same time a minimum of focus, which allowed us to shoot freely inside the van. We also used a T2 diaphragm, which was highly appreciated for the night shots.”

Vila added, “The fog and the cold are very important narrative elements, and the smoothing characteristics of the Cooke lenses offered the perfect blend for them to become additional characters.”

One of the most visually captivating scenes of the film occurs underwater.

“Without a doubt, the most challenging shots of all were the underwater scenes. Filming with five actors inside a low water truck had many complications, from the coordination to making sure the right moments are captured. But they are perhaps the most visually striking scenes in the movie,” Vila said.

Below Zero was released on 29th January on Netflix and it is globally available on the platform.