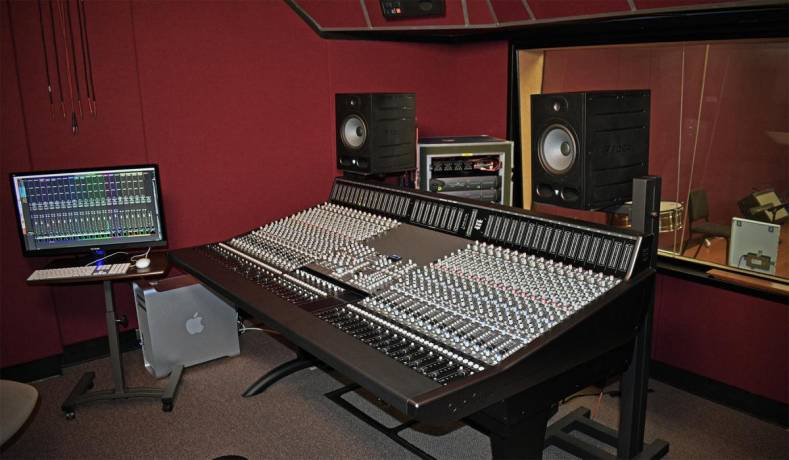 ORIGIN will help ensure students gain a foothold in understanding signal flow, while providing the necessary tools to take their engineering and production skills to the next level.

Students must display significant musical skills to be accepted onto the Music Production degree course, says Rick Schmunk, Music Technology program Chair. “We’re not dealing with students that want to be engineers. This is a Bachelor of Music, not a Bachelor of Science degree. Students spend as much time learning about songwriting, arranging and sound design.”

Because students are busy studying so many facets of the business, says Schmunk, “We don’t have the time to teach students all of the functionality that’s in a large format console before we unleash them on a room and let them work. So we needed something that didn’t have automation and other things that could get them into trouble.”

The school’s new ORIGIN replaced an aging digital worksurface. “We have long wanted a small in-line console that could fit in a room like this,” says Schmunk. “The control room is small and the price point to get a quality in-line console has always been a problem for us. When ORIGIN came out, I looked at it skeptically, thinking that either it would cost too much, or it wouldn’t have the functionality that we wanted. But I was quite blown away to see what SSL had included in this package.”

The new ORIGIN has been integrated with an Avid Pro Tools | HDX system in the Red Room, so named for the color of its acoustical treatment, in The Music Center at Thornton School of Music on the University of Southern California campus, close to downtown Los Angeles. The Red Room offers the largest tracking space of the three production studios in the building, accommodating 15 or more musicians.