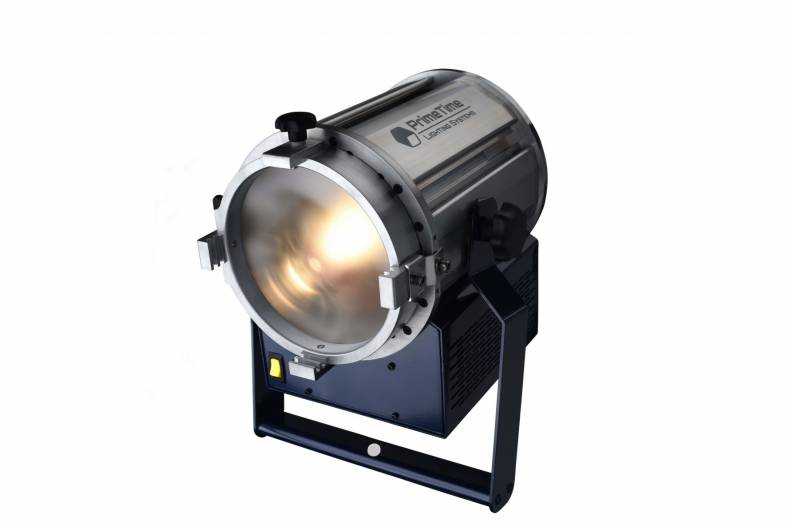 Harn added, “We’re focused on super high-spec components like our Micro-Fresnel lens. Our lens system with advanced optics results in the most even wash of light likely to be found in any LED Fresnel, with less than 2.8% decrease in brightness from center to outer edge.”

PrimeTime’s GUS 51 LED Fresnel is constructed of machined, extruded, and formed aluminum. Barn doors are included and feature 360-degree rotation and can be locked in place at any angle. The Fresnel has a Television Lighting Consistency Index (TLCI) of 98+ and a 95+ CRI.

PrimeTime products are built to order in Dallas, TX with materials almost entirely sourced in the United States. PrimeTime’s lights are engineered for 100% passive cooling. Harn is so confident of his LED product quality that he guarantees them for five years. “PrimeTime continuously looks for ways to improve our product - make it user-friendly, perform better and last longer.”