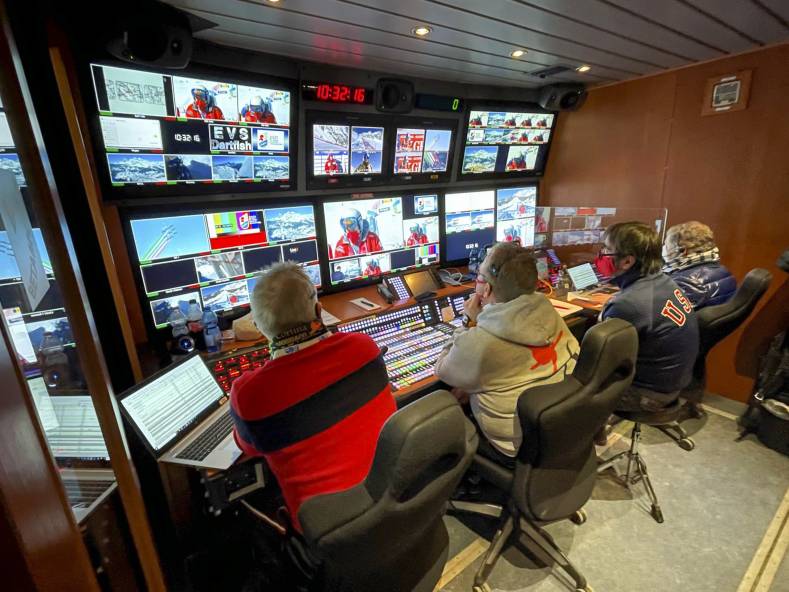 “Prior to installing the MicroN UHD devices, we had to use separate devices to handle video routing, multiviewers, and signal processing. Besides injecting more complexity into our OB operation, the extra equipment, connections, and cables added weight and took up too much space,” said Thomas Busch, Chief Technology Officer of Betamobil. “With integrated processing features like embedders/de-embedders, the MicroN UHD with MultiViewer App has provided an outstanding solution. MicroN UHD is not only the most flexible and scalable system of its type on the market, but it also offers superior price-performance, which was a crucial factor in our decision-making.”

In addition to the MicroN UHD-based signal routing backbone, Betamobil has chosen Riedel’s Bolero wireless intercom to form a fully integrated point-to-point intercom ecosystem with an existing Artist frame. With the ability to deploy up to three Bolero antennas and eight beltpacks, Betamobil is able to extend crystal-clear communications capabilities to its production crews for many types and sizes of live events.

The MicroN UHD- and Bolero-equipped UHD5 provided live televised coverage of a special performance of Jazzfest Berlin, linking venues in Berlin and Brooklyn, New York, in a two-day concert marathon. With the goal of boosting trans-Atlantic dialogue in defiance of the coronavirus crisis and celebrating the cutting-edge creative scenes in Berlin and New York, the event consisted of six tandem performances.

“For 25 years, Betamobil has stayed on the leading edge of live event production — and UHD5 is just the latest example,” said Tobias Claus, Senior Account Manager Broadcast at Riedel. “MicroN UHD offers a powerful yet cost-effective solution for any production company considering an upgrade of its OB capabilities from HD to UHD, as Betamobil has done. Through its groundbreaking capabilities for 400G backbone connectivity, signal distribution over meshed architectures, and support for 12G-SDI in native UHD/4K workflows, MicroN is shaping the future of live event broadcasting.”