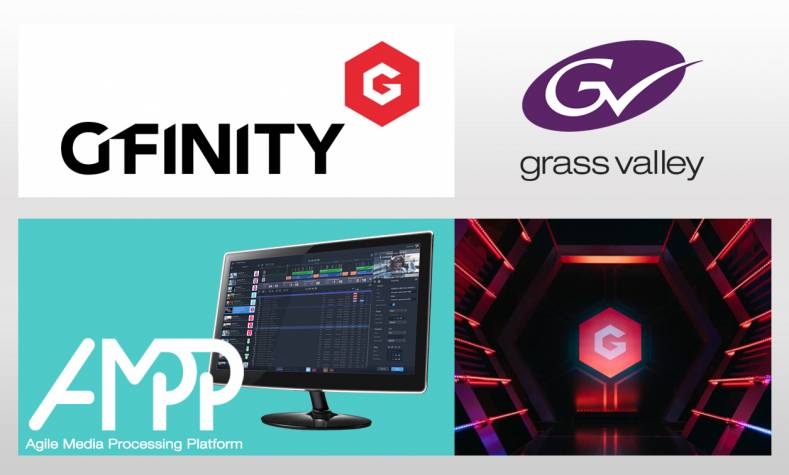 Gfinity, based in London, is using the technology to handle production and delivery, entirely in the cloud, for one of its virtual professional motorsports series, which is distributed for live broadcast on both OTT and linear channels around the world. The project was turned around, and GV AMPP was in place and on-air within weeks, thanks to the simple deployment of this SaaS platform.

“Initially, due to COVID-19 – but also looking ahead to longer-term flexibility and scalability – we wanted to put a cloud-based production and delivery workflow in place that could meet the high-end production values that our gamers, fans and broadcast partners expect,” said Michael Valentine, head of esports technology at Gfinity. “Being able to handle everything from live switching to multiviewers in the cloud through AMPP extends our ability to produce content remotely and delivers improved utilization of resources throughout a race weekend. Latency is a key issue that comes with the fast-paced nature of professional motorsports – even a slight syncing issue impacts the end-user experience. But with AMPP, that’s all taken care of.”

For each racing event, remotely controlled camera feeds from multiple individual player locations across Europe are sent to AMPP in the cloud through LiveU’s portable cellular units. The feeds are immediately available in a web browser for monitoring by the entire production team, racing support teams, game observers and officials via AMPP Multiviewers. AMPP Master Control is accessed using the same AMPP switching fabric, which also provides the feed synchronization that’s critical to successfully switching the program.

Streams are delivered, with RTMP and SRT via AMPP to video platforms such as Brightcove. In addition, the show is brought out of the cloud using AMPP I/O at Gfinity’s London studio where it is handed off to linear television channels.

“When Gfinity approached us looking for a solution to keep their production on-line during the pandemic, we were very excited to collaborate with them,” said Mike Cronk, vice president, advanced technology at Grass Valley. “Having seen other deployments of AMPP – that enabled scalable and flexible cloud-based productions – the team at Gfinity were assured Grass Valley would be the technology partner that could take their workflow into the cloud. We're thrilled to work with this innovative esports pioneer.”