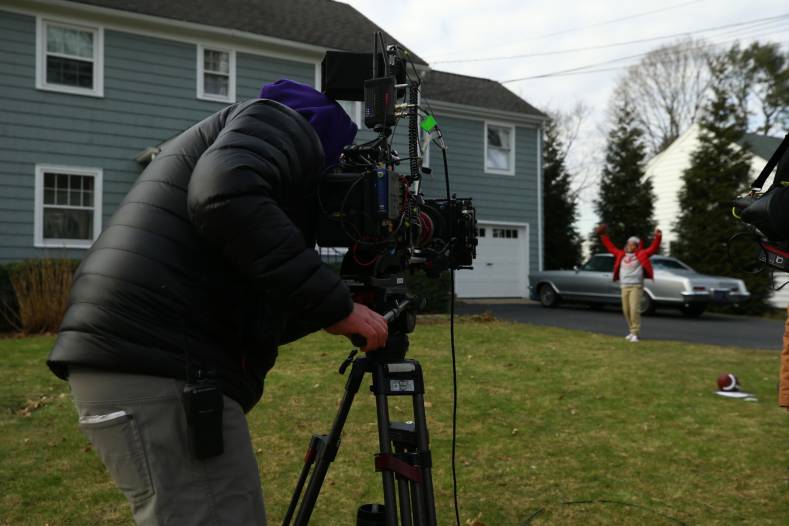 “The first scene we had to depict was 1970 Kansas City, with young fans celebrating the team’s Super Bowl IV victory; the second shows contemporary Chiefs’ fans reflecting on the 1970 victory as well as the current team’s success,” said Brousseau, who served as DP for the shoot.

“For the 1970 scene we did test shoots using Kodak 250D 16mm stock to assess the texture, grain and feel we wanted to recreate,” Brousseau recounted. “We had a tight turnaround for filming and postproduction, so consequently decided we couldn’t shoot film and get it developed in time. But we used the film test footage to create the look and LUT we wanted for that era.”

“For the modern era, we changed cameras and used the RED Weapon shooting 4K UHD with modern Optimo lenses and a Canon Zoom.”

“A New Era” aired on “Sunday NFL Countdown” and is available on espn.com as well on the network’s social media platforms.