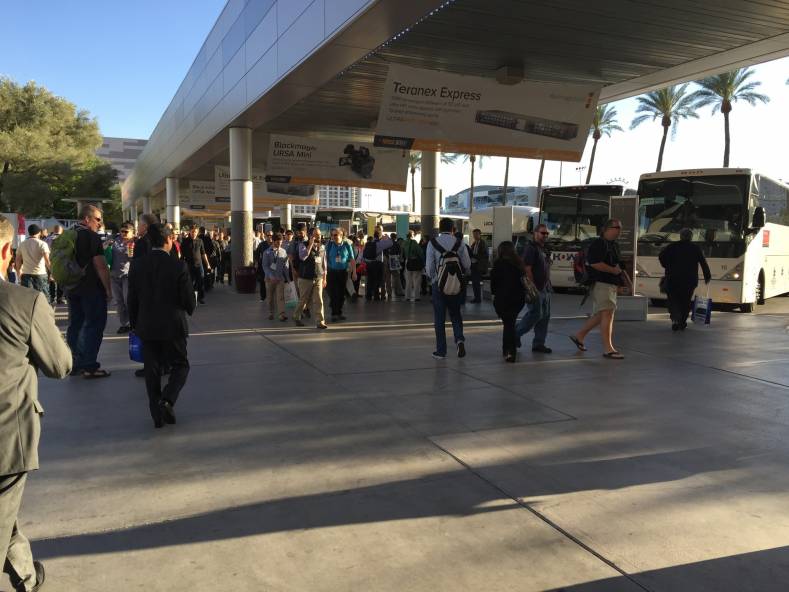 Isn’t it surreal not planning for an April week in Las Vegas at the NAB Show this year?

In modern consumer electronics history, every new year begins with an early January Consumer Electronics Show, followed by the April NAB Show, both in Las Vegas. Significant new home and broadcast video and audio technologies are often rolled out at both shows, targeted for near-opposite markets wanting to enjoy or produce lots of TV. With no physical exhibits since CES 2020, manufacturers are struggling to impress virtual visitors and reporters with better and larger images with what they can see on their local computer screens.

Before HDTV and PCs, annual NAB Shows and CES were predictably boring. All the pictures were NTSC, the best new gear cost more than a nice house, consumed lots of electricity, generated lots of heat and weighed like lead. Until a few decades ago, the biggest TV set exhibitors at CES such as RCA and Zenith generally highlighted stylish new cabinetry. There wasn’t much new technology to brag about.

NBC introduced stereo programs with this logo in 1985. Courtesy NBC.

Until the mid-1980s, national TV network audio was 5 kHz mono, the same as AM radio. Telco network delivery systems moved from multiple, multiplexed, 5 kHz long-distance lines to microwaves and satellites with higher bandwidth for improved video and audio. It was also about the time the FCC approved Multichannel Television Sound (MTS), aka stereo TV.

Who remembers the first plasma screens in the early 2000s? In 2003, a new 42” Panasonic plasma screen cost over $6000, weighed more than 100 lbs, must remain vertical during shipment, and still images burned in easily. During one past NAB Show, most Las Vegas casinos were busy installing new plasma flat panel screens. A year later they were all severely burned in. Early adaptors always pay more.

A good 42” flat panel TV today costs about $350 USD and won’t burn in. The press was reminded of that fact by the TV manufacturers at virtual CES 2021. Early technology is typically expensive, but prices always drop as mass production and markets ramp up. One virtual CES speaker suggested NextGen TV prices will eventually reach the $400 range. There are over 24 NextGen TV models currently available in the US market and more were announced at CES 2021.

Samsung began its virtual CES 2021 presentation with a YouTube video titled "Better Normal for All." It was extremely well-produced, starring President and Head of Samsung Research Sebastian Seung, and seen by nearly 50K YouTube viewers in its first 8 hours. It began with segments about new refrigerators, SmartThings cooking, and Samsung Health workouts. Seung continued saying AI is more personal and predictive, and that AI is being successfully used for upscaling HD to 8K. It is also improving washing, drying, cooking, and is built into a high-tech autonomous vacuum robot with a video camera that one YouTube commenter said “can basically be Paul Blart the mall cop.” Seung promised the robots “will take care of details.”

In addition to home appliances, Samsung debuted its Micro LED 110” with pure RGB colored lights, beyond LED. It has no bezel, and it offers quad-view consumer TV with 160 free channels, available March 2021. The presentation also touted sustainability and upcycling. Samsung separately announced that all its new 8K TVs are NextGenTV ready. 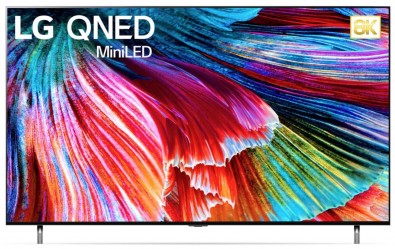 LG’s QNED is so new nobody has seen how it compares with QLED, OLED and other high-end LCD TVs.

LG Electronics debuted a new line of televisions branded QNED, with the Q referring to quantum dot color and N likely standing for LG’s NanoCell branding. Based on the more common LED display technology instead of OLED, QNED combines the benefits of its NanoCell, MiniLED technology with quantum dots for improved color, contrast and brightness, according to LG.

LG has not announced any QNED TVs yet, but the company does market wall-sized, exceedingly high-end televisions that use MicroLED technology. No TV introductions specifically targeting the NextGen TV market were announced at press time.

Sony introduced 16 new NextGen TVs, but its big CES debut is its Spatial Reality Display. The 15.6" display sells for USD $5K and was named a CES 2021 Innovation Awards Honoree. The Spatial Reality Display (SR Display) is a groundbreaking product based on Sony's award-winning Eye-Sensing Light Field Display (ELFD) technology. The display does not require virtual reality glasses or a headset, instead it uses a micro optical lens positioned precisely over the LCD display to divide the image into the left and right eyes, allowing for stereoscopic viewing with the naked eye. 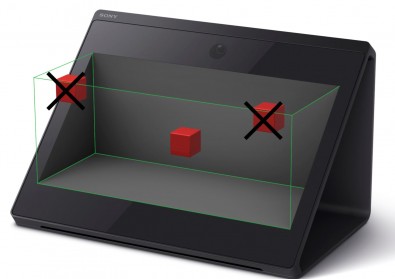 Is Sony’s new Spatial Reality Display a clue to the future of TV?

The Spatial Reality Display also enables creators in industries such as transportation, healthcare and education, to use Computer Graphics (CG), and Visual Effects (VFX) to bring ideas to life in stunning 3D displays. The minimum computer needs a CPU of Intel Core i7-9700K @3.60 GHz or faster, and a graphics card such as NVIDIA GeForce RTX 2070 SUPER or faster. Only 64-bit Windows 10 is supported.

Several NextGen TV tuners were also discussed during various virtual CES press events and webinars. Not every tuner needs a display, and some are designed to be home NextGen TV gateway Wi-Fi hot spots. For example, the SiliconDust HDHomeRun Connect 4K set-top receiver has 4 tuners. Two are ATSC 3.0, and all 4 are ATSC 1.0. LG said it is on its 4th generation ATSC 3.0 tuner. Standalone, black box-style ATSC 3.0 tuners will be the local distribution pillar of the Broadcast Internet. Purpose-built ATSC 3.0 tuners for the IOT will be a hot commodity.

The take-away from virtual CES 2021 is the marketing push for bigger displays with higher resolutions, HDR and immersive audio. At the same time, about half the viewers are happy watching video on their smart phones and notebooks. Extreme wide shots and tiny graphics look terrific on a 80”, 8K, HDR screen, but they lose their visual impact on handheld displays. Extreme close ups work well in small formats but can be too much across an 80” screen. Finding a compromise that is simultaneously effective in large and small viewing formats is the 2021 challenge for TV producers and directors. NextGen TV may eventually resize graphics for size screens, but not today.

NextGen TV has perplexed the broadcast TV industry. ATSC 3.0 can broadcast a full 4K signal, but it is more RF-efficient to send the detail information over the internet and combine it with the OTA HDTV signal inside the NextGen receiver to recreate 4K images. The same hybrid delivery scheme is possible with 8K. Few broadcasters are willing to give up simple and profitable diginet channels for more pixels on another channel. The CEO of one of the largest broadcast groups building out NextGen TV stations has said he doesn’t think better pictures and sound are the best uses of ATSC 3.0. On the other hand, Pearl TV promises NextGen TV will bring “stunning” video and sound to consumers. It’s a conundrum where money talks. What will viewers buy and how will producers produce?

One reason the world’s two largest behind-the-scenes TV events are held in Las Vegas is because marketing new technologies is like placing a substantial bet on a casino table. This year, the Broadcast Internet may be NextGen TV’s best bet. Viewers will be unaware of private data activities and new revenue from new sources would be a huge win for the business of TV broadcasting.