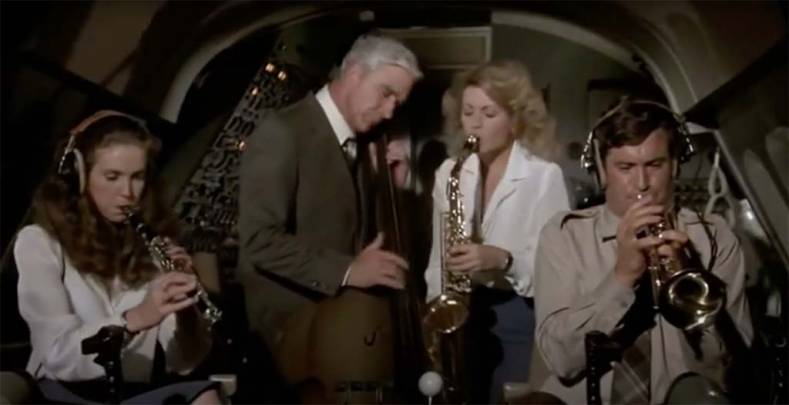 Flying on instruments was more fun in 1980 than it will be in 2021. Courtesy Paramount Pictures.

The future is too cloudy for anyone to know exactly what 2021 will bring, but what is clear is that ATSC 3.0 needs that ‘killer app’ to attract more viewers and make more money. TV needs ratings to make money, right? Maybe not so much in the future. ATSC 3.0 is IP packet broadcasting, which when encrypted can contain just about anything. ATSC 3.0’s tight security is about much more than video piracy.

Broadcasters won’t necessarily be competing with telcos. In fact, it will make more sense for telcos to partner with the Broadcast Internet to offload popular video content such as championship sports in UHD or massive automotive or IOT updates. One-to-one, duplex communication gets expensive when it requires millions of unique connections.

On 19 November 2020 the FCC released a Fact Sheet with the Report and Order “Promoting Broadcast Internet Innovation through ATSC 3.0.” It contains 18,762 words written mostly by lawyers for lawyers and CFOs about ATSC 3.0 ancillary and supplementary service fees and taxes related to datacasting. The quick summary: It’s all good for all commercial, non-commercial, full-power and LPTV broadcasters.

TV Engineers should be familiar with Appendix A of the Order which discusses Part 73 Radio Broadcast Services. Appendix A is called the “Final Rules” and it amends § 73.624 to read “(b) DTV broadcast station permittees or licensees must transmit at least one over-the-air video program signal at no direct charge to viewers on the DTV channel.” Paragraph (b) ends with “The DTV service that is provided pursuant to this paragraph must have a resolution of at least 480i (vertical resolution of 480 lines, interlaced), be at least comparable in resolution to the analog television station programming transmitted to viewers on the analog channel.”

Paragraph 35 of the 2020 Report and Order is the “Definition of a Standard Definition Signal.” It maintains the 480i minimum but drops the analog TV references. This is a departure from the original 20 November 2017 “Report and Order and Further Notice of Proposed Rulemaking” that authorized ATSC 3.0 transmission. Paragraph 28 of the 2017 Report and Order states: “Nevertheless, we expect that broadcasters will seek to provide the highest quality signals possible while they voluntarily deploy 3.0, as they do today.” Most stations do exactly that with their primary channel and will likely continue to do so.

The 19 November 2020 Report and Order clarifies the FCC’s minimum resolution requirements. It defines the rules and clears the way to make NextGen TV the new one-to-many wireless data standard, similar to Cellular Data and Wi-Fi but without the duplex connection requirement. Broadcast Internet use depends on the connection that the user’s receiving device automatically tunes into, based on the user’s request and data availability.

Paragraph 22 of the 2020 Order confirms a fact all TV engineers need to know: “When used for video programming, an ATSC 3.0 signal is capable of delivering as much content as it would take five ATSC 1.0 signals to accomplish.”

The advantage ATSC 3.0 broadcasters have relative to 5G telcos is low-band propagation at high ERPs from extremely tall towers. Broadcasters are used to blanketing markets with reliable, powerful signals. Broadcasters have the infrastructure, FCC license and FCC permission to commence datacasting in ATSC 3.0. Some people might view datacasting as the new license to print money. Datacasting may be the fresh thinking that ATSC 3.0 and the TV industry needed.

Today, there are datacasting networks broadcasting in Las Vegas, Salt Lake, Portland, Nashville and Pittsburgh. Of those five markets launching datacasting, most are on a single ATSC 3.0 station and tower in each market but Portland. Station groups are building out ATSC 3.0 datacasting in more markets as they become available.

Stations often appear highly competitive on air, but they have cooperated behind the scenes to help each other to survive station emergencies for years. Broadcaster engineers have helped each other out with spare parts since the second transmitter came to town. Cooperation is good for a market and the industry and it is the way nationwide ATSC 3.0 datacasting networks will form.

With ATSC 3.0 officially in the mix of wireless data standards, there will be a trilogy of possible wireless internet connections supporting each other seamlessly, as Wi-Fi and Cellular Data do now. Wi-Fi provides terrific bandwidth at the lowest cost but is highly localized. Cellular Data provides high bandwidth and high mobility at a high cost. Broadcast Internet has high bandwidth, highly mobile and is designed for one-to-many broadcasting of IP packet streams. Cellular Data or Wi-Fi might be used to report back the success or failure of Broadcast Internet data.

Automotive, retail, manufacturing and others are looking for alternatives to what they see as the very high cost to deliver data to IOT devices, systems and vehicles. For instance, updating 10 million specific vehicles at a cellular data rate of $0.01 USD per download would cost $100,000. From that, telcos would have to pay for the electricity and infrastructure time for individually connecting to each vehicle. A Broadcast Internet network could simultaneously deliver that same vehicle update in one of the many IP data streams contained within an ATSC 3.0 transmission.

The key to making it work is tiny, purpose-built receivers that automatically tune to the local Broadcast Network station and listen for its IP address. Lots of people are working on that. The FCC just opened the flood gates. For broadcasters to deliver that type of service, station and group innovation needs to be around building a core network. The core network is essentially a platform like what the telcos have now. Telcos have ways to deliver on-board services, provisioned services, activate services and bill for services. Broadcast Internet stations will need to adopt a similar business model.

In a recent webinar produced by ONE Media 3.0 division of Sinclair Broadcast Group, Peter Guglielmino CTO Media & Entertainment at IBM said “IBM is working on how to leverage the open-source innovations, open-source code, and open-source platforms to deliver the systems and platforms to be the foundation for delivery of these types of services. Once established, AI and ML can be added to understand how to optimize delivery. There is little difference between delivering targeted advertising and delivering encrypted data packets to automobiles.”

The NAB has scheduled the 2021 NAB Show on 9-13 October in Las Vegas. NAB reports more than 540 companies and new pavilions are confirmed. The show will co-locate with the Audio Engineering Society (AES) fall convention, the Radio Show and NAB’s Sales and Management Television Exchange.

The NAB revealed its hand on 20 November when it announced a 70% loss of operating revenue and announced a one-time, extra annual member dues assessment payable over three years. The NAB is the broadcast industry and it does a great deal of work behind the scenes supporting broadcasters. If you ever wondered how much money NAB makes at a show, it appears to be about the same as its annual membership dues revenue.

Broadcast Internet datacasting will be TV’s hot topic in 2021. Best of luck to the NAB and its 2021 NAB Show.