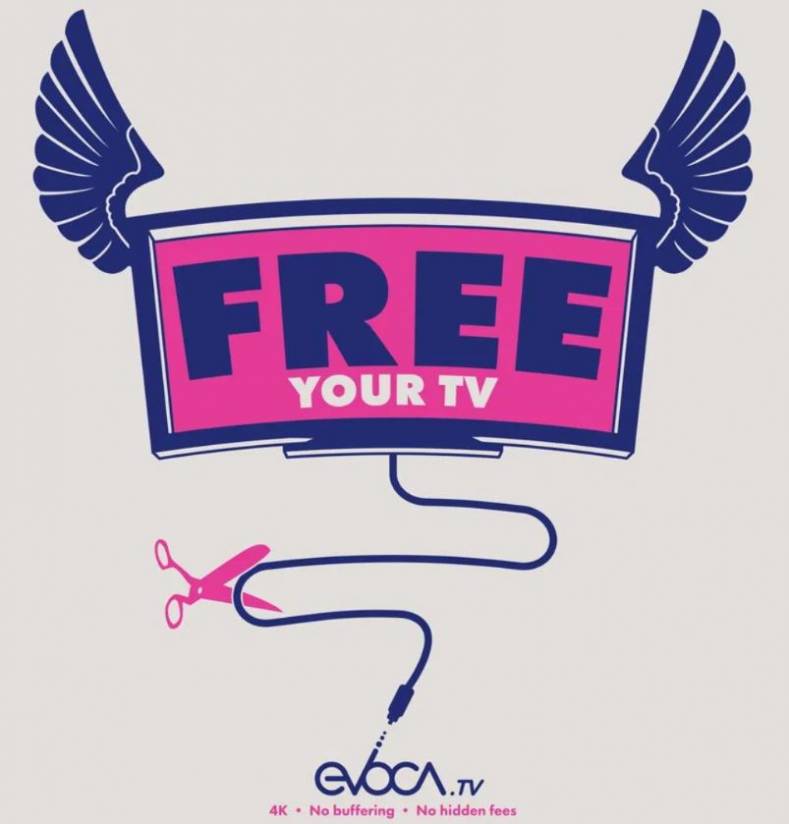 During the DTV transition, we chief engineers in the Kansas City market joked about broadcasting the most popular cable channels on our new ATSC 1.0 digital subchannels and running the local MVPDs out of business. Station owners weren’t interested because ATSC 1.0 had no provisions for subscriber broadcasting. ATSC 3.0 does.

If a TV engineer were to build a LPTV station, a good place to start would be with a transmitter and antenna on a 5800’ mountain ridge about 3100’ feet above the market you intend to serve, near most other high-power TV and FM transmitters in the market. A legally full low-power, LPTV station using a 15KW ERP antenna directed toward the main market on a 150’ tower atop the same mountain ridge can deliver a similarly powerful signal.

The relatively new operators of a pair of Boise ID-based LPTV mountain-ridge stations are taking LPTV broadcasting to the next level with ATSC 3.0, and on to a completely new level of TV content delivery by providing 20 channels of unique programming on each station for a total of 40 channels.

The FCC approved Boise-based KBSE-LD CH 33 and KCBB-LP CH 34 to transmit ATSC 3.0 in June 2019. FCC regulations require US ATSC 3.0 broadcasters to transmit one free ‘primary’ channel. Other channels may be encoded for subscribers only. The combination of subscriber-based OTA TV and mile-high antennas radiating 15KW ERP signals each gave Evoca CEO Todd Achilles an idea. Achilles background was consumer electronics and the cellphone industry and not a seasoned broadcaster.

Achilles joined Evoca, an employee-owned startup broadcast LPTV company in Boise ID, three years ago. The Broadcast Bridge recently interviewed Achilles for this story. His interview began with “I brought in a non-broadcast business model for broadcast technology.” His goal was “To bring a competitive alternative to cable to the marketplace,” spoken like a true non-broadcaster with zero experience. “Did anyone tell you it couldn’t be done? “I asked lots of people” he replied, “but mostly broadcasters.” 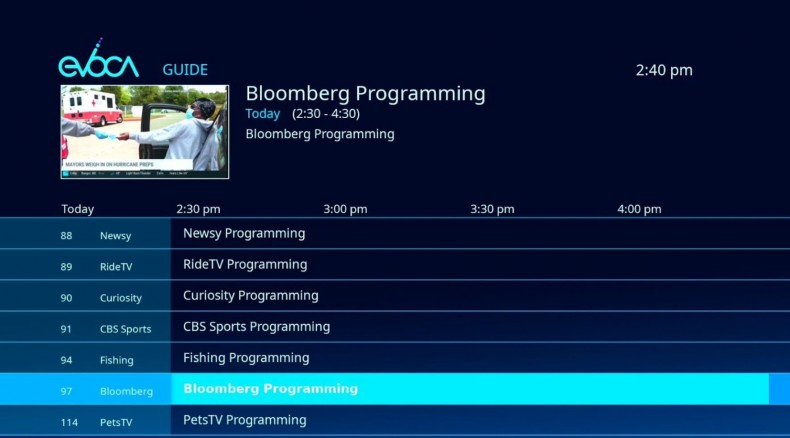 All available Evoca content is listed in a single viewer program guide.

“It is a lot easier for a LP broadcaster to start up with ATSC 3.0 with no legacy,” Achilles stated. “We had no legacy gear or network affiliation. We looked at it as a fresh start. Our original idea for a broadcast plan had to be combined with Internet service, which is only possible OTA with ATSC 3.0.”

He continued, “We’re different because we bundle channels down to the home. The devil is in the details and how you do it. We intend to provide a modern bundle of channels to homes,” some OTA, some live-streaming, some delayed on-demand and some a combination of both. “The fastest growing TV viewing segment is OTA+streaming. It’s time for something new,” Achilles said.

Achilles says “NextGen TV today is like the early days of mobile 3G. For the first time, mobile phones talked to the Internet. This begets open operating systems, powerful smartphones and app stores. Before you knew it, there were billion-dollar businesses like Uber and Airbnb operating on this stack. I believe the same evolution will happen in broadcast.” 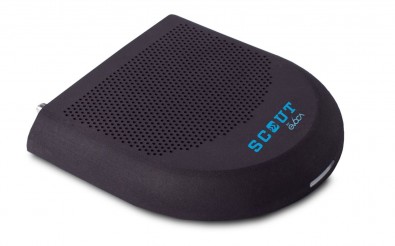 To enable this broadcast internet concept, Achilles had to build a custom set-top box – the ‘Scout’ -- to seamlessly mix OTA, OTT, streaming and other internet sources in one box. “In our case, we optimized the transmitter to work with the Scout. It’s a system. By owning the end point, we can do more on the transmission side. The two together allow us to deliver a service that is groundbreaking.”

Scout aggregates the two ATSC3.0 LPTV broadcast channels and the internet to provide OTA, OTT and streaming content, all accessible via a single viewer guide. The Evoca head-end determines the method in which to deliver content. The viewer only needs to decide what to watch.

The only Evoca content available on consumer NextGen TV sets and receiving devices is the unencrypted channel. The jury is still out on NextGen TV sets and receivers that haven’t been built yet. Achilles is confident his Scout set-top box will work without compromise because he knows all about how it works. The same cannot be said by all third party NextGen receivers at this time.

As of now, Achilles’ company has delivered about 200 Scout set-top boxes. It’s not exactly a beta test, but he has purposefully limited access to a small group to test and fine-tune the system before rolling it out to the general market. “We have many times more waitlist sign-ups than room in the program. We want viewer feedback and to have everything dialed in before putting our foot on the gas,” he said. “Our early viewers most often praise the quality of our video,” he continued. “Most of our content is 720p or 1080i, but some is 1080p and we have one 24/7 4K UHD channel from Insight TV, based in the Netherlands. We are the only station in the US broadcasting 4K UHD 24/7 and it looks amazing.” 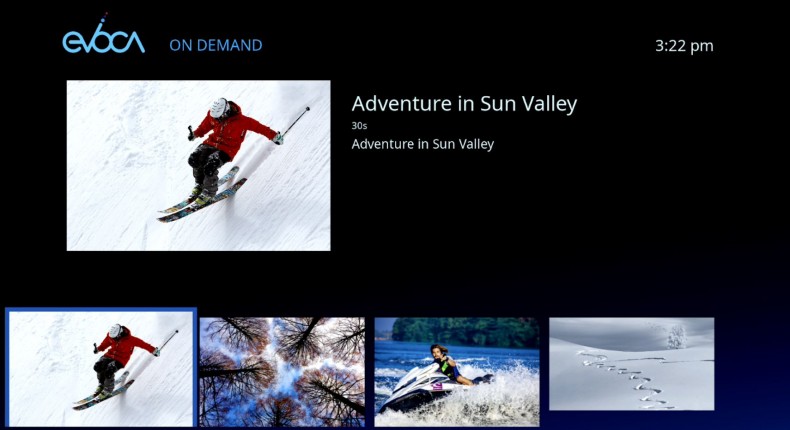 An on-demand content page as it appears within the program guide.

Because the Evoca service uses an off-the-shelf TV antenna, consumers who want to can also tune to the other free, over-the-air local channels. Evoca’s bundle includes Curiosity Stream, Bloomberg, Weather Channel, three Hallmark channels, BYUtv, Court TV, MAV TV, the World Fishing Network, the Cowboy Channel and many others. Achilles wants his channels to be as locally oriented as possible. “We want to focus on content relevant to our part of the world, such as hunting, fishing, and BYU. He also carries the new EVRGRN Channel from Seattle, launched by long-time TV actor Tom Skerritt in August 2020 to help storytellers from the Pacific Northwest share their work with the world.

It is too early to grade the success of the Evoca model, but Achilles is optimistic. So is The Broadcast Bridge because we certainly support visionary broadcasters such as Achilles for his ground-breaking ideas and work. Evoca isn’t involved in market NextGen TV transitions or lighthouse activities yet. Achilles reports “Local broadcasters are supportive of our efforts. The big cable networks that are losing subscribers due to cord cutting are excited about Evoca’s ability to scale quickly thanks to the reach and efficiency of broadcast. We will offer more households and opportunities than cable.” Achilles plans to expand across the West. Several other broadcasters are looking to deploy the Evoca service on their stations.

Will it succeed? Will other markets follow? Stay tuned, because we intend to follow and report on Evoca's success. Achilles is encouraged by early results. “Consumers are frustrated with the cost and quality of their TV service. They want alternatives. ATSC 3.0 has the potential to completely redefine how video is delivered to the home.” 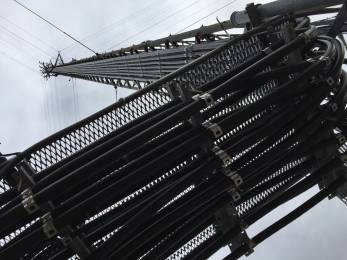