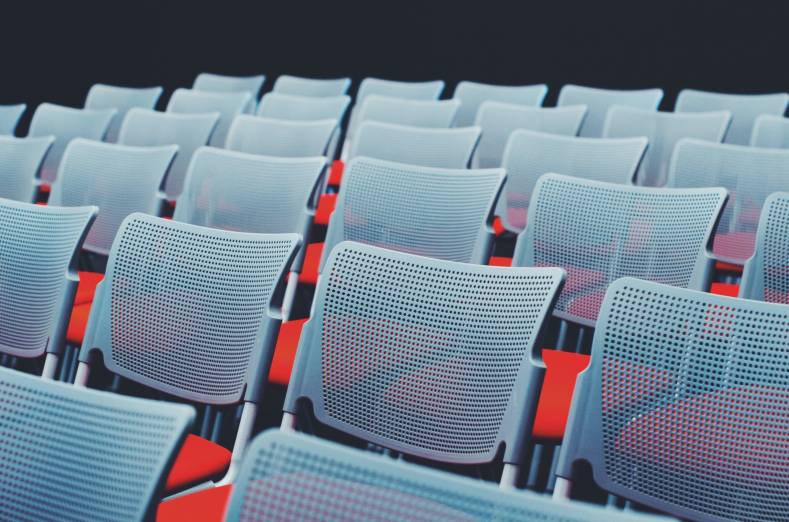 Virtual IBC struggled to recapture the clamor of its previous real auditoriums.

The virtual event failed to capture any of the dynamism of the real one, and above all it was the elements that it could not emulate such as chance encounters that cumulatively accounted for the deficit.

For journalists, analysts, technology vendors and broadcasters alike, serendipitous meetings around the floors and corridors, or at social events, were what made attending IBC worthwhile despite the hard slog of getting around the exhibition halls, or the disappointment of often mediocre food at RAI itself.

That said, there are signs that IBC 2020 was also dumbed down by vendors failing to time major announcements for the event, on the ground that any impact would fizzle out in the virtual world. There is always in any case a sense that lesser announcements in particular are drowned out amid all the noise and deluge of rival press releases around a normal IBC, and the same goes for NAB. In the virtual world it seems that some larger vendors have decided instead to stage their own events both for their releases to stand out and to gain greater brand awareness.

Grass Valley for example decided to share its insights and latest product news with both customers and whatever wider media it could attract at a 12-week virtual platform called GV LIVE Presents, starting October 13th. This is clearly pitched as a mini alternative virtual IBC featuring debates and vision panels of hot topics driving TV, as well as product launches, customer case studies, deep dive technology demonstrations and webinars.

As Tim Shoulders, Grass Valley's president, put it, “as the frontrunner in the industry's charge towards a software-defined future, we will shine a spotlight on the future of live production and video delivery with cloud-based applications and cloud computing, as well as single-stream IP workflows.” What he did not say was this was clearly inspired by the cancellation of the real IBC 2020.

Grass Valley did not shun virtual IBC 2020 entirely, participating in the IBC Showcase event in which over 1,000 exhibitors participated. But with one or two rare exceptions, the Showcase event as a whole was dreary and lackluster, failing to inspire attendees or generate much more than halfhearted regurgitation in the media. 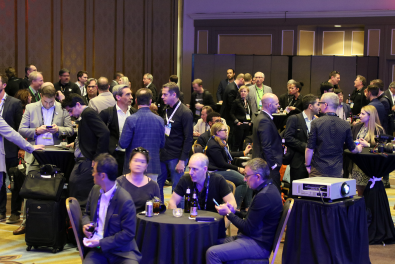 Many vendors are unhappy over the NAB Show’s postponement to October 2021 because of the proximity to IBC’s scheduled time, despite accepting the reasons.

This again could partly be explained by other participants on top of Grass Valley focusing their major fire elsewhere, as MediaKind did for example by joining with You.i TV, a vendor of software tools for OTT application development, for a launch of the latter’s flagship You.i Engine One product in Ottawa, Canada mid-September just after virtual IBC.

MediaKind says it will use You.i Engine One 6.0 to speed up deployment and enable in turn its video provider customers to make their user experiences more engaging. The main selling point of You.i Engine One is that it reduces complexity of designing, developing, and delivering apps across the proliferating OTT platforms, having already been chosen by the likes of Amazon’s Twitch as well as a number of sports leagues like the NFL. Yet surely in a normal year it would have been announced and demonstrated at IBC.

Sweden’s Net Insight is normally a champion of IBC and has successfully raised its profile at events there over the last decade, but it too avoided associating announcements with the virtual event this time. Instead it announced that its Nimbra platform had been selected by Arena Sport to provide a new contribution network throughout the Balkans in late August less than two weeks before the start of virtual IBC 2020.

That is not to say vendors are all negative about IBC in future, or physical events generally. They have realized that they do not need to attend so many physical events and that online can fill in some gaps. But they have also appreciated the value of physical events as catalysts for innovation, as well as important fora for networking and marketing.

Real events therefore will be back once the pandemic has been deemed tame enough to resume more normal life, perhaps aided by a vaccine even if that is only partially successful. But they will almost certainly be slimmed down from their former forms, and the situation for the broadcasting shows will not be helped in 2021 by NAB’s decision to postpone until October. Being little more than a month after IBC that will diminish attendance and impact of both events, given that they will be competing for the same half year marketing budgets, with virtual events and other outlets continuing to draw on spending in the first half of 2021. There is also a clash within the US between NAB and the annual shows hosted by the SCTE (Society of Cable Telecommunications Engineers) around the same time.