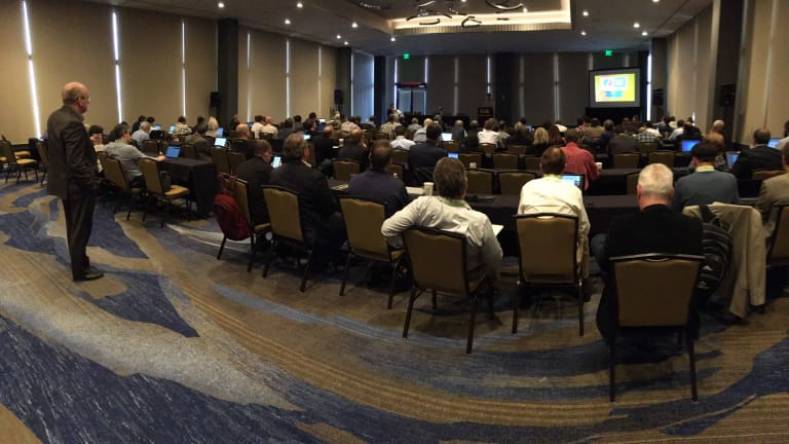 This year’s VidTrans conference will feature an array of technical sessions on the latest technologies for IP media networking.

As in the past, this year’s annual gathering of the Video Services Forum will host an all-industry interoperability demonstration of the latest technologies for transporting video and audio over IP networks. This highly anticipated event will take place during VidTrans 2020 which will be held at the Marina del Rey Marriott in Los Angeles, Calif., February 25 to 27.

The theme of this year’s conference is, “Delivering the Benefits of IP for Media Production” and therefore will focus on various types of IP networking and video technologies while spotlighting their application both for long-haul video transport and for production studios.

In addition to technical sessions, the conference will feature a showcase of the latest applications, technologies and products in its exhibit hall as well as several networking events.

VidTrans20 will also feature an important interoperability demonstration of the Reliable Internet Stream Transport (RIST) protocol, now being used to send video over the public Internet.

RIST technology will be demonstrated through the use of real-time, contribution-quality video streams exchanged securely, with top-of-the-line encryption, over the public Internet between Marina del Rey and a number of remote locations around the world. The emphasis will be on multi-vendor interoperability using the upcoming VSF TR-06-02 RIST Main Profile, with a dozen technology providers participating in the live demos, which will be conducted on-site and via the public Internet.

This year’s VidTrans conference will also feature a comprehensive array of technical sessions on the latest technologies for high-performance IP media networking. Industry experts will present technical papers on a wide variety of topics related to video networking, IP transport and IP production.

Highlighting the sessions will be two eagerly anticipated panel discussions: “ST2110 Becomes Mainstream: Successes and Ongoing Challenges” and “Progress Report: Broadcast Virtualization for On- and Off-Premises Workflows”. The entire VidTrans20 conference program is available on the VSF website.

The VidTrans conference annually provides a venue for television professionals to see the latest IP media technologies in person. This low-key conference, attended primarily by industry decision makers, offers a great opportunity to speak directly with key technology providers and users from around the world.