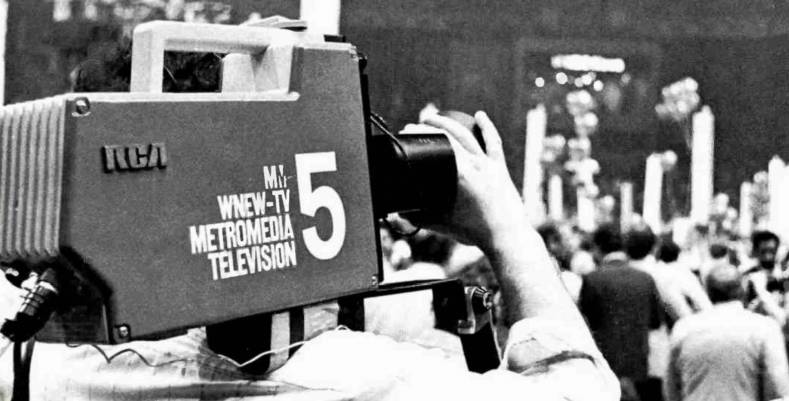 Bob Dylan was riding a crest of social change when he wrote those lyrics in 1963. But the words popped back into my mind as I thought about several recent conversations with friends who complain of their struggle to stay afloat in today’s video production business.

They tell how much life has changed for the freelance video crew. Long gone are those "golden days" of the late 1970s and early 80s when work was abundant, the pay was excellent and the perks for network freelance crews included first class air fare anywhere in the world. (I even remember the time when the camera got its own first class seat so that it would not be bounced around and the tubes knocked out of registration.) 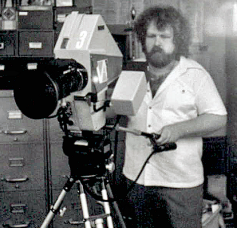 Few of us who worked in that early period of “ENG" video could ever predict how much things would change. We were riding the early wave of the video revolution and the few competent professionals (most former filmmakers) who bought portable "broadcast quality" video equipment in those days were virtually guaranteed high paying, adventurous work.

However, the tools of video were always destined to become a commodity. By the mid-1980s, there were literally hundreds of video crews for hire throughout the world. No longer did the simple ownership of video equipment mean it would generate income. Since then, with the rise of the smartphone, that trend has continued unabated.

When the recession of the 90s hit, even the best and brightest video people felt the brunt of economic bad times. Top flight professional videomakers started to get less work and their incomes began to slip.

Many found themselves competing for low-paying work with less skilled crews with poor quality equipment. To make matters worse, producers and broadcast networks were increasingly balking at the going rates for top quality crews.

To this very day, video veterans continue to tell me they are thinking of leaving the business altogether. They question whether there is much of a future in freelance video production.

I certainly don't have all the answers, but I do have some advice as an early veteran of the video wars and from the perspective of one who has followed industry trends in recent years. Much of it has to do with recognizing that, in fact, the times they are a-changin'. The winners have to change with them. 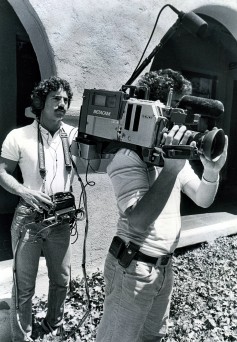 Here are some thoughts for newcomers to professional video. Get past the notion that people hire for video hardware anymore. In the early days, if you had a broadcast field production package and knew at least how to turn it on, you could get work. But long ago video equipment ceased being a set of tools to build television programs.

Just as a skilled woodworker manipulates tools and wood to build beautiful furniture, today's videographer must have a firm grounding in craft and know how his or her tools can be wielded to effectively tell a story.

Today, skill and artistry count. It is assumed everyone has high quality, well-maintained gear. You are now hired for your talent and ability to tell a compelling story with images.

It is important to find a niche for yourself in the market and develop it. When you find that special area that’s right for your talents, then become the best at it in the business. When you've thoroughly learned your craft, then move on to become a cutting edge expert in your area.

It will pay off, if you do it right. Today, it is the only way to making a good living in video. In finding a place to fit into the industry, look for where the shortages of expert people exist.

Recently, on a shoot in the South, I found it far easier to hire a top quality camera operator than a good field sound mixer. Video sound operators with a working knowledge of immersive recording techniques are scarce, I found. 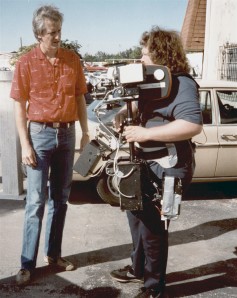 Garrett Brown teaching the writer to use a Steadicam, early 1980s.

In the 1970s, I took a Steadicam class with the device’s inventor, Garrett Brown. Today, I often see the names of several of my former classmates in the credits following major motion pictures. Those people used a single, week-long class to launch a profitable new career based on using a single piece of equipment — the Steadicam.

Look for new opportunities and abandon old ways that no longer work. When we've made a comfortable living doing a certain type of production for years, it can be difficult to take chances and move onto something new and unknown. But lifelong learning, especially in a fast moving field like video, is essential to continued success.

For years I've heard repeated complaints about the shrinking of the video business. But it’s not true. Instead, video production is now a continuously fragmenting market with more opportunity than ever before. It is just different from the past.

It takes no more than simple arithmetic to figure this out. As the market changes, new production opportunities emerge almost daily. The outlook for talented independent videomakers is very bright.

The sheer amount of programming on streaming channels, cable, telco, direct broadcast satellite and multimedia web sites is exploding. The rewards are potentially great for those who pursue it.

Remember that the profession videographers have chosen is based on a combination of talent and technology and technology constantly changes. We are in a never-ending cycle of change. Anyone with a smartphone and genuine talent can be a star with the right material.

To be a player in the video future, we all have to keep swimming or, as Bob Dylan says, we will sink like a stone. Yep, the times they are a-changin'. The trick is changing with them.