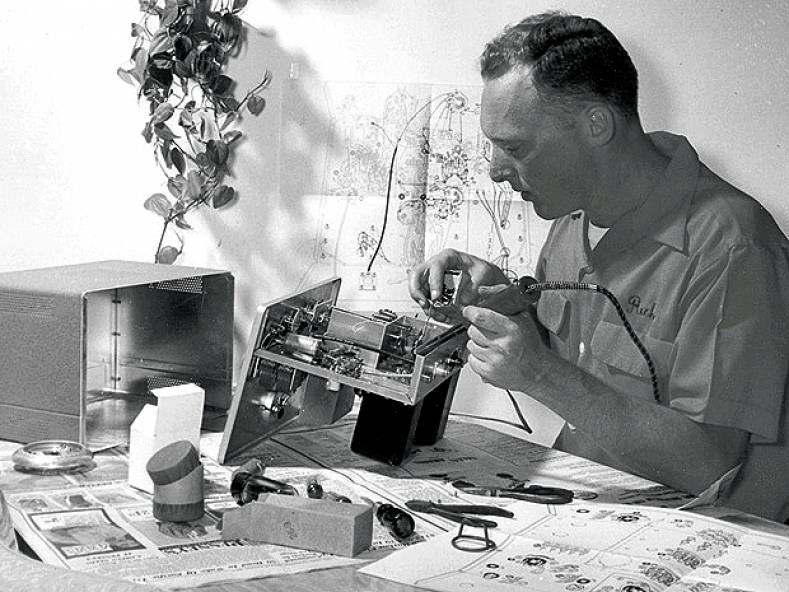 Images from the past can trigger nostalgic memories. Recently, I saw an old film that featured a Heathkit, an assemble-it-yourself table radio with majestic glowing tubes. It brought back memories of my childhood days as an amateur “kitchen table” engineer who loved to build those kits. 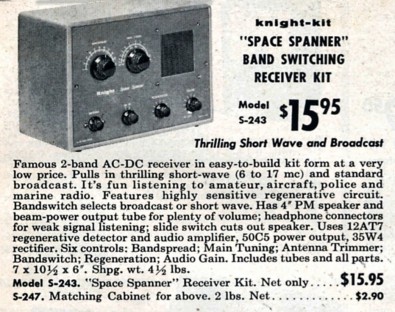 Knight-Kit Space Spanner, one of my favorite kits to build.

Electronic kits were a simple pleasure of my 60's generation — the strange but satisfying experience of taking a nondescript bag of electronic parts and using our brains, skill and patience to construct something that became very special. Kits were made by now defunct companies like Heathkit and Knight-kits from Allied Radio, each with catalogs touting the pure pleasure of building a kit that was actually useful and worked.

It’s funny, but I vividly remember the sad news about the demise of Heathkit when it was reported in a 1992 front page story in the New York Times. "Plug is Pulled on Heathkits, Ending a Do-It-Yourself Era,” a headline proclaimed. It was like reading of the death of a old friend.

The era of electronic kits lasted less than 50 years. The Heath Company closed out not just a line of assemble-your-own electronics, but an era of American life when "personal audio" meant far more than using mass-produced gear.

The age of personal computers and integrated circuits spelled doom for Heathkit. The company said the electronic kit business ran head-on into the "instant gratification society." Declining interest in kit building and increased costs finally killed the line of products that introduced a generation to the miracle of electronics. 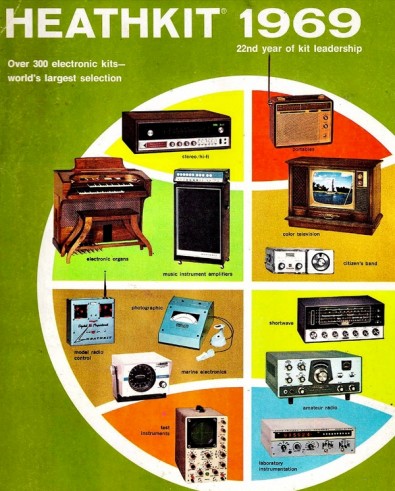 Heathkits were named after former barnstormer Ed Heath, who began the company in 1926. The first Heath products were airplane kits. After Heath died in a crash on a test flight, the company was reorganized and moved into the electronic kit business. The first Heathkit was a five-inch oscilloscope, introduced in 1947 at a price of $39.95.

I was a teenage kid in the mid-1960s when I discovered Heathkits. I loved them and have lost track of how many I built over the years. The first, as I recall, was a simple radio. The last, about 40 years ago, was a Hi-Fi amplifier. I always went for the smaller stuff, never having the nerve to tackle that big, imposing color TV kit in the catalog.

My favorite kits had tubes and very basic parts. Electronic circuits seemed comprehensible back then, even to a novice, and the warm glow of the tubes brought far greater satisfaction than those plain black "solid state" parts which invaded the kits in later years. 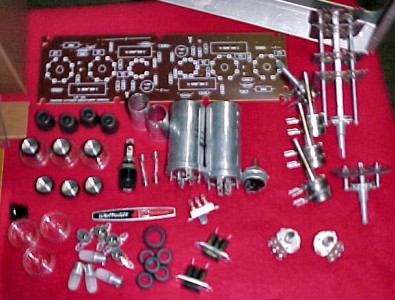 A bag of parts were laid out on a table.

For me, building a Heathkit meant taking over the kitchen and commandeering every available muffin pan and small dish to hold the dozens of resistors, capacitors, screws and washers that came with the kits. Then there was the cord to the soldering pencil — always too short — which my little brother continually tripped over, causing burn marks on the linoleum floor, or, sometimes, his skin.

"When will you finish that thing and clean up this mess?" my annoyed mother usually asked about the third day into a Heathkit project. The estimated completion dates I gave were always highly optimistic.

The great excitement of building a Heathkit for me was the moment of truth when I plugged it in and flipped on the power switch for the first time. I always backed away from the kit, fully expecting it to blow up in my face at the moment the surge of electricity hit the carefully constructed maze of soldered parts.

I was always wrong. Those kits never failed to work the first time. The fire and smoke never came. In fact, I don't remember a Heathkit ever failing for any reason throughout the years I owned them. Heathkits made you feel good about yourself and your skills. Today, we'd say they built self-esteem. 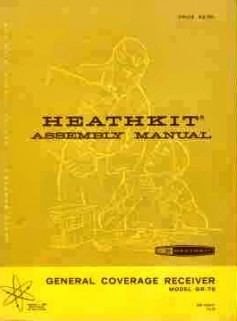 Few things have been as well-written in technical literature as a Heathkit manual. That's one piece of American technical ingenuity that Asian companies have never come close to duplicating. Heathkit really meant it when they said: "We won't let you fail."

Once you mastered Soldering 101, it took a lot to go wrong. Step by step, check by check, the Heathkit builder was led meticulously though that sea of parts. Failure to successfully build a Heathkit usually revealed flaws in the kit builder's patience and temperament, rather than the kit itself.

Times changed very fast and a great pastime was lost forever. As electronics got smaller, kits became less satisfying to build. Today, circuitry is so tiny it is difficult to even see, much less build.

But every time I see an old electronic kit, it brings back a flood of great memories. For many, it was the beginning of an engineering career. For others, kits created a lifelong love of electronic devices that lasted a lifetime. For those who missed the kit era, I can’t help but feel something wonderful was lost. It was a time when electronics was comprehensible and we could understand how things worked.

SDI has been and continues to be a mature and stable standard for the distribution of video, audio and metadata in broadcast facilities. From its inception in 1989 to the modern quad-link 12G-SDI available today, it has stood the test of…