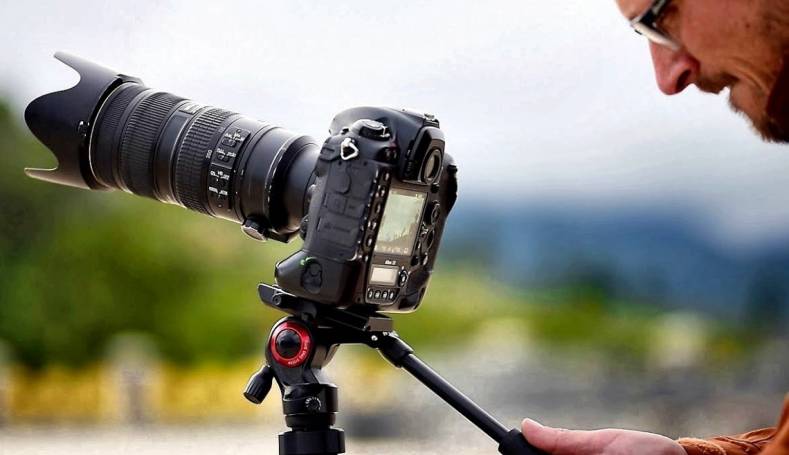 There are a flood of tripods on the market today, and many are not distinguished as video or photo tripods. Especially with very light weight cameras, some models are now combined. It is easy to pick the wrong model for the type of video shooting you will do. Here is a guide to what one needs to know when choosing a tripod/head combination.

When using a small video camera for a fixed, non-moving shot, it doesn’t much matter the kind of tripod being used. Use any tripod that supports the weight of the camera, find the shot and lock it. That is pretty much it.

However, when wanting to move the camera during the shot, this is where things get trickier. First of all, in this era of lighter hybrid cameras, some manufacturers are combining features from video and still tripods. Check to see how much of a compromise this might be. It is always best to ask a dealer what kind of camera a tripod/head combo is made for and check the differences.

Regardless of recent trends, the fundamental differences between photo and video tripods are important to know. One of the most important choices for videographers is to match the payload (the total weight of the camera and accessories) with the capacity of the tripod and head.

Advanced features like counterbalance and brakes work only with a certain weight range of the design. If you place too much weight on a tripod, there is a danger of the whole thing collapsing.

It’s just not heavy weight. Don’t underload the tripod either. Match the payload weight to the specs of the tripod/head. A good result is not possible with a head that has a strong counterbalance when using a camera that is too light. Smooth movement becomes difficult. 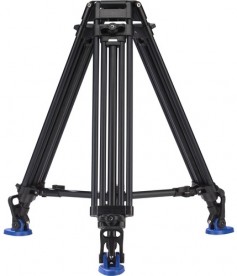 A tripod for stills normally has a detachable head with a flat base. A video tripod usually has a bowl mount. Bowl mounts are available in several diameters, usually 50mm, 60mm, 75mm, 100mm and 150mm.

Bowl mounts provide easier adjustment for leveling. With a bowl mount, it is not necessary to adjust the length of the legs to level the camera. Instead of multiple adjustment points on the legs, there is one adjustment underneath the head at the top of the legs.

There are three ways to adjust the angle of the video tripod legs for greater stability at low or high extensions. The ground level spreader provides excellent stability, but can easily get dirty. A mid level spreader is cleaner but can be more awkward to adjust. It also allows users to place the legs on uneven surfaces without having to remove the spreader. 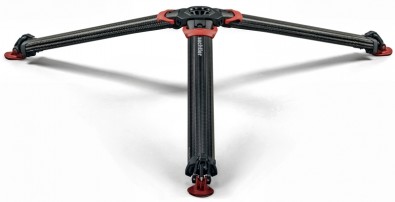 There is also a no spreader approach, which adjusts the angle through limiting the spread with angle locks at the top of the leg. This method has increased a lot in recent years due to the advent of lighter cameras. However, it doesn’t work as well with heavy cameras.

Leg locks are clamps that rotate 90 degrees to lock the legs. With virtually all tripods, the user has two main options: a twist lock or a flip lock. For twin leg systems, the default is a flip lock. There are now variations among manufacturers, but most tripods are designed this way.

A single center column extension is normal for legs designed for still photography, but not for video. Some video manufacturers offer these tripods, but they require care for stability, especially using heavier cameras. Be careful if you use them and use only small cameras. 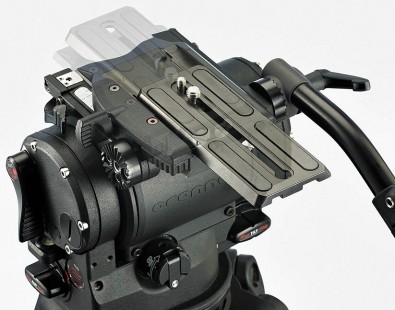 Heads designed for video often use a longer mounting plate — often elongated for use with heavier payloads. These plates also tend to have measurement marks on them so that positions can be easily repeated.

Side loading plates are increasingly popular. These are elongated as usual but attach more like a plate for still photography. They need to be angled slightly so that the left or right lip of the plate engages under the corresponding lip of the head. Then the locking lever is engaged when the plate is placed flat on the head. This can be advantageous when using heavier payloads.

Achieving good balance of the camera is essential with a video tripod. A counterbalance balances the camera on the head. This can take the form of a dial or a knob which increases or decreases the amount of tension in the head in the tilt direction. 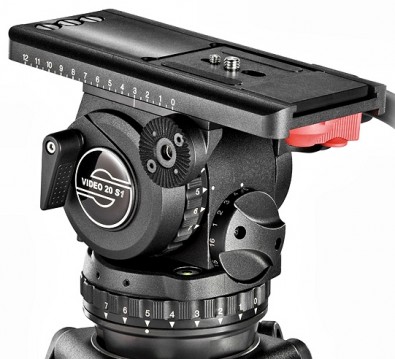 Pan and tilt frictions or drag are usually adjustable independently of each other, commonly with a dial. This where cost of the tripod comes in. The more expensive the head, the more positions on the dial. Less costly heads tend to have a limited adjustment ranges for pan and tilt drag.

Fluid heads use a fluid to dampen or smooth out movements. The most professional fluid heads contain the fluid in a cartridge. Lower cost fluid heads can leak. With fluid heads, you get what you pay for.

For video production, a tripod is one of the most important accessories. Choosing the right tripod for your type of work is critical. Start with the camera package and then match the best support gear you can afford. Weigh all your gear and make sure you choose a tripod and head that can easily support it.

In this day is ever smaller cameras, good tripods don’t have to cost a fortune. Choose a manufacturer with good support and try out a few models at a dealer. Then find the right package that works for your production style.