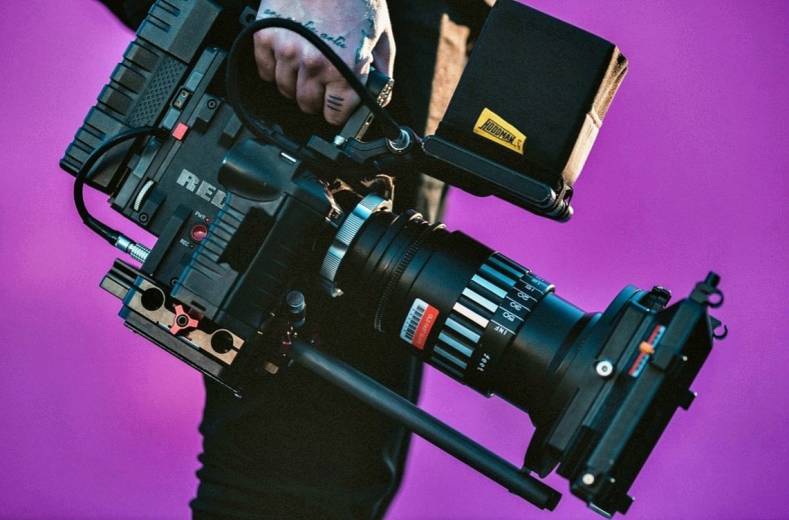 Lithium-ion, or Li-ion, are currently the staple of the video battery industry. They were first manufactured in 1991 by Sony and Asahi Kasei and have improved over time. Despite their prevalence, Li-ion batteries are known to be a fire hazard and video crews are limited by various aviation authorities about the size and number of batteries that can carried on commercial aircraft.

Fires rarely occur with professionally built video batteries and chargers, but small, less tolerant manufacturing rubs off on everyone. The batteries can be a safety hazard because they contain a flammable electrolyte. If damaged or incorrectly charged, this can lead to explosions and fires. 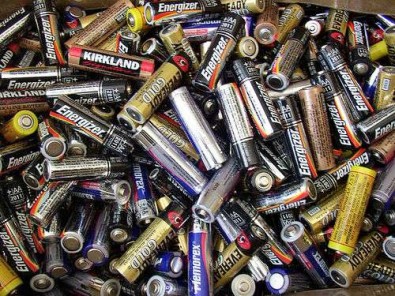 New research by a Columbia University Engineering team is leading to a new solid-state battery that could obsolete lithium-ion cells before the middle of the next decade. The team has found a method to stabilize solid electrolytes in lithium metal. Employing a boron nitride nano-coating can produce solid-state batteries that offer up to 10 times the charge capacity of graphite based Li-ion batteries. Perhaps most important is the ceramic electrolytes used in solid-state battery design is non-flammable. Fires would be a thing of the past.

The most commercially popular negative electrode is graphite. Recently, graphene based electrodes (based on 2D and 3D structures of graphene) have also been used as electrodes for lithium batteries. Solid-state is a battery technology that uses both solid electrodes and solid electrolytes, instead of the liquid or polymer electrolytes found in lithium-ion or lithium polymer batteries

Solid state battery technology is not new. Michael Faraday discovered the solid electrolytes silver sulfide and lead fluoride, which laid the foundation for solid-state research. In the late 1950s, efforts were made to develop a solid-state battery. But design limitations have slowed the studies.

Besides higher costs, dendrites have been among the biggest problems with solid-state batteries. Dendrite is a crystal-like build-up of lithium metal. It often begins at the anode and can spread throughout the battery. This occurs as a result of high current charging and discharging. Dendrite built-up reduces the available electrolyte capacity of the battery, reducing its store of a charge. It can also pierce the battery cathode/anode separator, causing a short circuit that will destroy the battery and could cause a fire.

Li-ion cells sidestep the dendrite issue by using liquid electrolytes for the conductive pathways, rather than a solid metal. However, this liquid is flammable, which can cause Li-ion batteries to catch fire under high pressure, heat or current. Graphite, graphene and silicon-based alloys have improved performance. 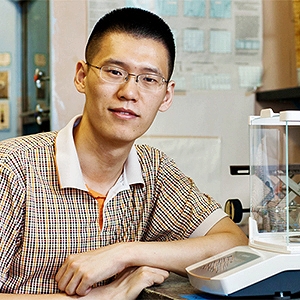 At Columbia’s battery research unit, the grand challenge is to improve energy storage and increase battery life, while ensuring safe operation. The Columbia team, led by Yuan Yang, assistant professor of materials science and engineering, said they have developed a new method for safely prolonging battery life by inserting a nano-coating of boron nitride (BN) to stabilize solid electrolytes in lithium metal batteries.

Columbia said the energy density could be improved by using lithium metal to replace the graphite anode used in Li-ion batteries: lithium metal's theoretical capacity for the amount of charge it can deliver is almost 10 times higher than that of graphite. But during lithium plating, dendrites often form and if they penetrate the membrane separator in the middle of the battery, they can create short-circuits, raising concerns about battery safety.

"We decided to focus on solid, ceramic electrolytes. They show great promise in improving both safety and energy density, as compared with conventional, flammable electrolytes in Li-ion batteries," said Yang. "We are particularly interested in rechargeable solid-state lithium batteries because they are promising candidates for next-generation energy storage.”

The Columbia team worked with colleagues at Brookhaven National Lab and the City University of New York. They deposited 5~10 nm boron nitride (BN) nano-film as a protective layer to isolate the electrical contact between lithium metal and the ionic conductor (the solid electrolyte), along with a trace quantity of polymer or liquid electrolyte to infiltrate the electrode/electrolyte interface.

They selected BN as a protective layer because it is chemically and mechanically stable with lithium metal, providing a high degree of electronic insulation. They designed the BN layer to have intrinsic defects, through which lithium ions can pass through, allowing it to serve as an excellent separator. In addition, BN can be readily prepared by chemical vapor deposition to form large-scale, continuous films.

"While earlier studies used polymeric protection layers as thick as 200 μm, our BN protective film, at only 5~10 nm thick, is record-thin — at the limit of such protection layers — without lowering the energy density of batteries," Cheng said. "It's the perfect material to function as a barrier that prevents the invasion of lithium metal to solid electrolyte. Like a bullet-proof vest, we've developed a lithium-metal-proof 'vest' for unstable solid electrolytes and, with that innovation, achieved long cycling lifetime lithium metal batteries.”

In short, the team has created a very thin barrier that prevents dendrites from occurring. This, in turn, enables the use of compact ceramic electrolytes, which offers greater capacity than traditional lithium-ion batteries, reduces the fire hazard risk and prolongs battery life. The next stage of the research will investigate a broader range of unstable solid electrolytes and make optimizations for fabrication.

Other researches are also scrambling with similar goals, including higher battery capacities, longer lifespans, and lower risks of fire. The main benefits of stable solid-state battery technology are up to six times faster charging, two-to-10 times the energy density, longer cycle life of up to 10 years (compared to two) and no flammable components.

The next major advance will be bringing these battery designs out of the laboratory and into manufacturing facilities and products. Solid-state batteries, it appears, are on the way.