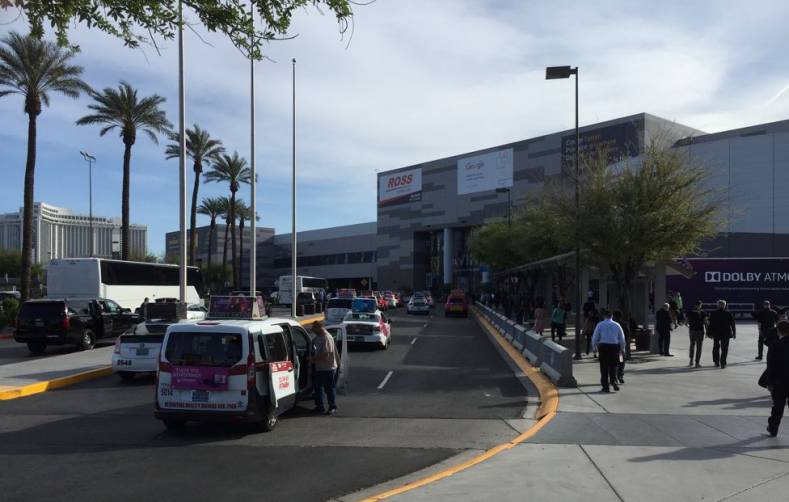 It was easier to be distracted by more pixels and ways to manipulate them than to thoroughly investigate the imminent future of local TV.

Commercial and Public TV broadcasting is on track for a future Next Gen TV world, with ongoing ATSC 3.0 test transmissions. What broadcasters do inside the new framework that makes money will be the big news at future NAB Shows.

The most exciting TV action sometimes takes place behind the scenes and the 2019 NAB Show was no exception. There were the obligatory new bells, whistles, dogs and ponies across the exhibit halls that offered better solutions, but only a few displays focused on parts of the plan for the future of local TV broadcasting.

The most impressive picture at the Show was the momentum of the future local TV as it was unveiled during weekend NAB BEIT ATSC 3.0 Track sessions. The format is being framed by ongoing engineering field tests and on-air ATSC 3.0 broadcast experiments to confirm every signal in every pipe performs and responds as expected under real-world conditions, and fixing what doesn't. The future is rehearsing for primetime. Engineers will make it seamless.

ATSC 3.0 and Next Gen TV is not a solution. It is a new TV operating system that enables a better, broader and more personal relationship with each broadcast TV viewer, perhaps as significant as GUIs were to DOS. Think of it as the early days of the ATSC 1.0 DTV bonus of  '.2, .3, .4' digital subchannel broadcasting, before anyone figured out how to make more money with them.

Approximately 0.2% of those registered for the 2019 NAB Show attended the ATSC 3.0 Track BEIT sessions. Not that anyone but an experienced broadcast engineer would have understood what was being said. I was among the 0.2% and surveyed the meetings. All were serious broadcast TV engineering leaders and managers, many of distinction, either presenting information or taking notes and photos.

The people presenting ATSC 3.0 Track sessions were the experts on the ground doing the experiments. They shared and explained the results of many technical experiments in progress across the country in an organized quest to perfect the ATSC 3.0 standard and finalize it with all due diligence. That moment will mark the spark that ignited Next Gen TV.

ATSC 3.0 has grown from a blip on the horizon to a coming tsunami of Next Gen TV receivers, likely to sweep the US sometime in 3-4Q 2020. Testing is providing the necessary data to lock-down the format specs and begin mass production of ATSC 3.0 chips and TVs. The CE industry is anxious to make and sell lots of Next Gen TVs as soon as the broadcast industry can ensure perfection.

What's the difference between ATSC 3.0 and Next Gen TV? ATSC 3.0 describes a transmission method and format standard. A Next Gen TV receiver decodes the OTA ATSC 3.0 signal, automatically aggregates the RF data with IP data, synchronizes it when necessary, and seamlessly displays the results.

Confirming the ATSC 3.0 momentum, a unified coalition of local TV station network O&Os, affiliates and public broadcasters announced plans during 2019 NAB Show week to begin the transition to Next Gen TV in the top 40 US TV markets before the end of 2020. The list doesn't include every station the top 40 markets but the participating station owner list is impressive. Most are already involved in experimental ATSC 3.0 testing.

TV engineering managers visiting NAB were looking for answers to the big three ATSC 3.0 questions: What must I budget for and when will I need it? How will my station and group benefit from it? What’s the transition plan in my market? The most important question every broadcast engineer must ask is "What can I do to help make it work?" 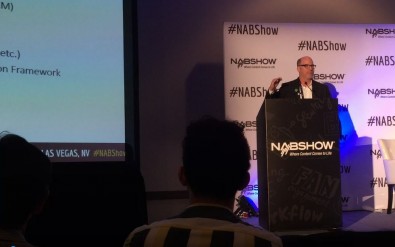 The ATSC 3.0 Track sessions began at 10:40 with “Practical Implementation and Launch Profiles for ATSC 3.0.” Peter Van Peenen of Pearl TV and Robert Seidel VP, Engineering and Advanced Technology at CBS TV discussed their experiences and learning in the Phoenix tests.

At 14:30 was “The Brave New World of Application TV (Dynamic content replacement techniques and implementations for broadcast, Broadband and Beyond),” presented by Jim DeChant, VP of Technology at News-Press & Gazette Broadcasting. The 15:20 presentation of “Transitioning TV Markets to Next Gen TV is a Team Sport,” was by Skip Pizzi of NAB and Jeff Andrew, Director of Broadcast Communications at Osborn Engineering. 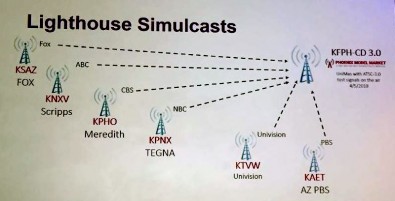 There are 12 TV stations in the Phoenix market participating in the test model, representing 10 station groups and affiliates of virtually all the major TV networks. Univision's KFPH-CD 3.0 is the Lighthouse Station. It signed on with ATSC 3.0 test signals on 5 April 2018.

The trials are also to prove the concept of the Lighthouse operational paradigm including spectrum clearing, design a broadcaster application user experience using an application framework, and to create an ATSC 3.0 launch service profile.

Equipment implementations are in progress and versioning is still an issue.

DASH timeline media segments are recommended for content replacement as opposed to indexing. Push in DASH/Route from packager & encapsulator is best for live, linear OTA. Broadband servers will pull. 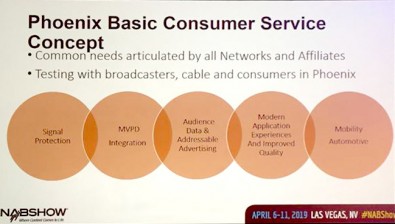 The concept behind many tests in Phoenix is to identify the common needs of networks, affiliate TV stations, MVPDs and consumers.

Audio features scored high in audience testing and will require implementation care by broadcasters and receiver manufacturers to help with viewer understanding.

DRM has been tested and works but requires a complete and thorough infrastructure. Protecting the MPD or parts of the MPD would seem necessary for hiding ad avails.

Use of single box solutions such as virtual machines provide potentially lower costs, better integration of functionality and lower latencies but adds complexity in troubleshooting.

Equipment and receivers are generally still in early prototype and vary in feature support such as all AC/4 features.

The quality of receiver broadcast app cache is still an open question, as is caching multiple broadcaster apps. The availability of conformant test streams are critical to consistent receiver implementations.

• Phoenix Pearl TV partners have locked-down their initial launch configurations.
• Signal protection and DRM needs to be finalized and operationalized.
• Preproduction CE receiver implementation and testing will occur later this year.
• A second Lighthouse in Phoenix will be in service later this spring.
• Building a SFN in Phoenix to discover optimal coverage configuration.
• Developing a common application framework and starter UI.
• Developing a beta audience data collection system.
• Consumer marketing branding and messaging with receiver manufacturers.
• MVPD testing to find features that resonate in cable setting.

Part 2 of this report will cover ATSC 3.0 field test data from Chicago, Cleveland, and Dallas, and a discussion on the synchronization and latency of the two ATSC 3.0 paths.