To many, broadcast and media storage is a Cinderella technology. It might not be as appealing as some other areas, but efficient multi-user storage systems are a critical element of any on-premise media workflow.

Storage is a highly competitive market with rival vendors making claims and counter claims about which technology represents the best investment for your business – today and in the future. And there is also the question of cost efficiency – what represents good value for money and where do the high-risk compromises lie?

At IBC 2018, Rohde & Schwarz introduced a new multi-user shared access storage system called R&S SpycerNode. The company reports that the system offers a new and radically different approach to the broadest range of broadcast & media storage requirements but how does this translate into added value in modern day media operations?

High performance computing comes to media storage
R&S SpycerNode represents the first in a new breed of storage systems that harness the latest advantages in High Performance Computing (HPC). HPC is a term mainly used for massive server infrastructures in various super-computing and other highly sophisticated applications. In terms of storage it refers to the system’s performance, scalability and redundancy.

In developing R&S SpycerNode, Rohde & Schwarz engineers have looked at many of the key issues that impact on media storage systems within high-performance video processing environments. Sometimes, these can take the form of annoying maintenance requirements – such as defragging – which cause system performance to drop off. Or it can be much more serious system failures, such as dying disk drives, which can have catastrophic consequences to a project that is being worked on.

How can you effectively scale your storage system as your business grows?
R&S SpycerNode comes in three different chassis, 2u12 and 5u84 which are available with NL-SAS HDD and SAS SSDs in different capacities. 2u24 is a pure flash system. There are main units and JBOD units. A main unit is always redundant, equipped with two appliance controllers (AP). Each AP features two 100 Gbit interfaces resulting in four 100 Gbit interfaces per main unit.

With R&S SpycerNode, scalability is almost infinite, and expansion is possible during operation. The company claims that scaling a storage system has never been easier, and with this new system there is no need to plan for potential future set-ups – with R&S SpycerNode, your business is futureproofed. This issue is underscored by the incorporation of 100 Gbit interfaces as standard features, since this will enable the easy integration of additional systems in the future.

How sure are you that system set-up and maintenance is intuitive?
One age-old pay-off exists between the desire to use the latest technologies whilst having a storage system that does not require excessive amounts of time and labour to set-up and maintain.

R&S SpycerNode features Rohde & Schwarz‘s device manager web application which is a proprietary technology that makes it much easier to set up and use R&S solutions in an integrated fashion. With device manager, all Rohde & Schwarz systems on a network can be operated via a single interface. Complex console configurations and laborious maintenance work are no longer necessary, allowing users to focus on their creative work.

Device manager helps to reduce setup times and simplifies maintenance and service due to its intuitive web-based UI operated through a single client.

How do you guard against poor system performance due to aging and randomly failing disks?
Decreases in the performance and integrity of drives is a major issue in arrays of disks. Disk drives normally do not drop out instantly - it can take a significant amount of time until a drive is considered to be faulty and removed from the SAS bus.

Data corruption and slow overall performance could be caused by a single "dying" drive. In order to prevent this R&S SpycerNode features the Disk Hospital which constantly measures the average technical performance of a drive. If a prescribed threshold is exceeded the drive is removed from the array and replaced by the spare drive.

How can you reduce storage overheads without compromising system operation/performance & scalability?
This is a key question facing businesses of all sizes and scales of operation. It is one that Rohde & Schwarz’s design team focused on in developing R&S SpycerNode.

Firstly, R&S SpycerNode allows online scalability in bandwidth and capacity – a feature which significantly enhances system agility across a broad range of applications. Also, to reduce storage overheads, it offers ILM (Information Lifecycle Management) to intelligently manage the location of all files on the storage system.

How easily can you find data, especially after the system has been expanded?
When you invest in a new storage system it is similar to investment in your premises. You are making an investment that, hopefully, will last many years. However, just as you may build an extension onto your building, then you will inevitably need to expand the capacity of your storage system as your business grows.

R&S SpycerNode employs ‘Single Namespace’, which enables users to combine all storage repositories under one URL. This improves usability vastly since files are always at the same location in the same directory no matter on which physical drive and storage unit they actually are stored.

R&S SpycerNode aggregates different types of drives such as spinning and solid state under a single volume. Policies can be created to directed certain file types to the storage pool with the required technical capabilities. DPX files can be written to the fast online pool while other files may be directed to the high capacity pool. To offload data from a more expensive online pool the project can be moved to the more cost effective nearline pool. This allows to use the storage more efficiently, avoids duplicates and simplifies service and maintenance.

How can you ensure that your data is safe and free from corruption?
This is the $64 million question. If your storage system does not offer long-term failsafe operation then it can undermine your entire business. Whilst cost efficiency is a key driver, you must be confident that your storage system will support all of your teams and offer dependable data protection.

R&S SpycerNode data protection is based on erasure coding and declustering. Erasure coding means that a data block is always written including parity, declustering spreads the data and a spare drive virtually over all the other drives in an array.

In case of a drive failure, all drives are contributing to the rebuild plus the system only needs to rebuild the data that has been written to disk. This is unlike traditional RAID where all drives are writing to one spare disk which has to be rebuild completely, no matter if the system has a filling level of 10% or 80%. This can lock up the storage system and cause rebuild times up to several days.

R&S SpycerNode’s approach results in faster rebuild times up to four times and a minimal impact to the overall system performance since all drives only have to rebuild a fragment of the lost data. 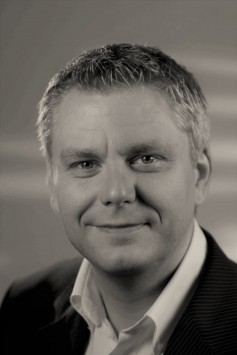 In an 8+2p (eight data and two parity strips) configuration, which is standard in R&S SpycerNode, two physical disks can be lost at the same time. It is important to understand that the system rebuilds the most critical data first which means that after this data is reconstructed but the rebuild is still ongoing another drive failure could be intercepted.

In addition, R&S SpycerNode features an End-To-End Checksum mechanism to prevent silent data corruption. Every time a data block is written a checksum is created and written to disk. When the data block is read another checksum is created and compared to the original one. If both checksums match data is delivered to the application. If the checksums don't match the data block is recreated out of the parity and the newly created checksum is compared once again with the original one. If they matched the corrected data is delivered to the application and the faulty data block on disk is corrected with the parity information.

R&S SpycerNode represents the first in a new breed of storage systems that harness the latest advantages in High Performance Computing. It has been developed to meet today’s broadcast storage challenges and to future proof your operations for many years to come. If you would like to know more about how R&S SpycerNode can help you grow your business, please contact your local Rohde & Schwarz office.