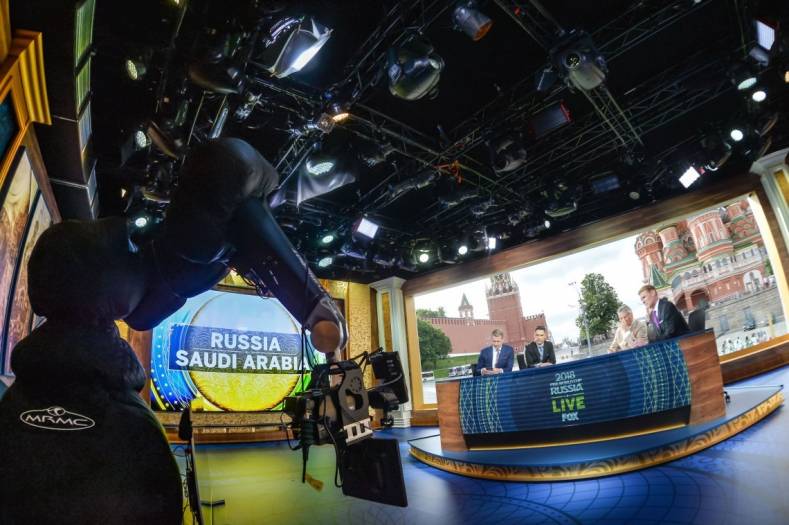 MRMC robotic arm in action at the World Cup Russia

The rise of the PTZ camera, discussed in a previous post, fits into the wider trends for remote operation, robotic cameras, and automated content production. We spoke with Mark Roberts Motion Control (Nikon-owned since 2016), one of the pioneers in robotic cameras to gain insight into the drivers for this, new applications and future developments.

The film and TV industry continues to benefit from automation efficiencies with motion control robotics compatible with third party products throughout entirely automated workflows. Machine vision and real-time image analysis are helping to augment the control of moving cameras, while robust IP architecture permits extreme remote operation. Systems are getting smaller, saving camera footprints and opening up a wider range of potential positions while the layers of system redundancy and control options reduce risk in live operations

Assaff Rawner, CEO of MRMC suggests another reason for take-off: “Taking viewers closer to the action and providing more unique perspectives and engagement is one. Another is consistency of output made possible through repeatable programmed moves. Also, the demand on space, whether seats in stadiums or modular studios, is increasing pressure to reduce the operational footprint of cameras whilst accommodating for the demand of increasing camera angles.”

Simplicity of integration in existing production workflows is one of the key advances of robotic cameras. MRMC has focused on a simple plug and play approach to broadcast robotics releasing a range of Polycam and MHC products products tailored to remove the complex user operation usually associated with multi-head robotic camera systems.

Its acquisition of Camerobot last year, has also brought together best of breed hardware and software to create a new level of broadcast studio multi-axis robotic studio solutions including VR and AR integration with all the major vendors. 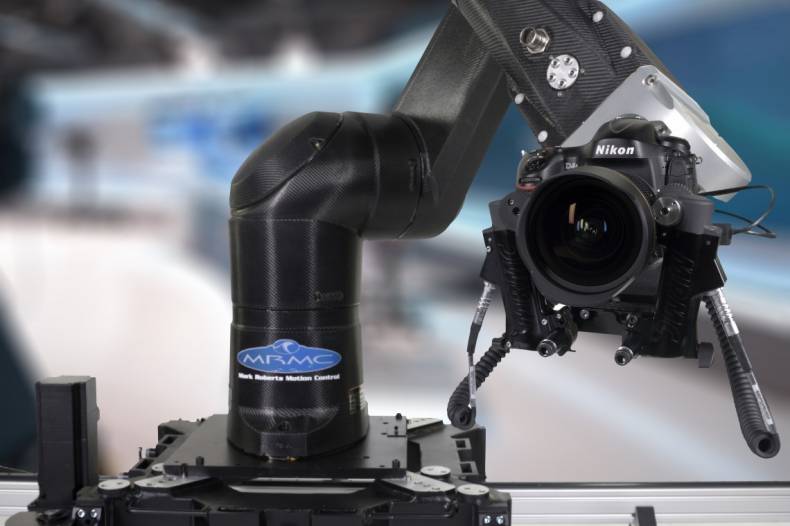 With the rise in quality of small format cameras, advancing motor technology and motion control software, together with new levels of product design aesthetics, robotic camera positions are bringing a level of motion usually associated with manually controlled fluid heads and in positions that add further value to productions. Such advances are allowing robotic cameras moves to be cut live to air (rather than just replays) and, through a wider range of payload and mounting options, opens the possibility of more camera positions without compromise to venue audience space.

“Another area of growth for robotic cameras has been in the rise of remote productions (or REMIs),” says Rawner. “With the increasing availability of stable high-bandwidth networks, the control of camera robotics over IP is an attractive proposition to lower production costs and minimise travel. MRMC has standardized on IP control for all of its robotic range with built-in features such as network diagnostics, IP video encoding at the camera head and localised user client applications for full feature remote control.”

Automated camera moves have been used in news studios for many years. In highly choreographed productions where consistency of product is key, robotic cameras moves are integral to the overall workflow automation.

Although this level of automation can produce highly efficient productions, there is little room for improvisation. The company has developed methods to provide all the functionality of studio camera automation but with a level of tracking interaction that allows the presenter to lead the camera position within the programmed move. These moves within moves provide a more natural engagement between camera and presenter whilst retaining the high production look of a fully programmed move. 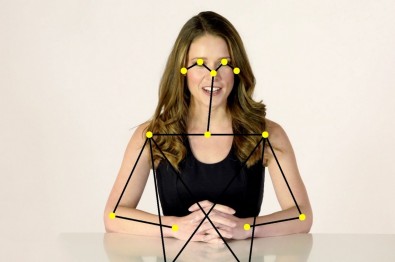 Chat tracking with the Polycam Chat. For small multi-camera studios or stand up positions it uses a limb tracking method of automated camera motion

Sports and live events are far from choreographed and camera motion requires immediate response to high speed changes of direction and unpredictable trajectory. Experienced operators understand their subject and create the incredible shots we have become accustomed to at the top end of sports broadcasts. Space constraints in many venues together with an increasing demand for bespoke camera positions for broadcast and non-broadcast applications (such as OTT add-ons, analysts, coaching etc.) is an on-going challenge.

Automating camera motion in sports can be achieved by using machine vision to analyse ball and player positions in real-time, feed those positions to the robotic cameras and automate the camera motion. Advanced algorithms working in real-time are used to frame the shots in a fluid and highly adaptive way to provide this level of automation.

Polycam Player is one example of a system that provides automation for certain camera positions in football using robotics. 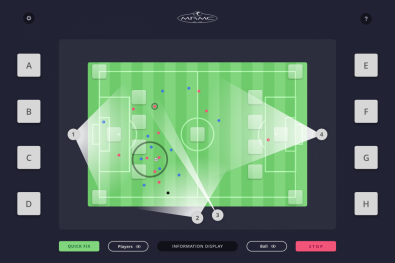 Some automated systems use multiple cameras views stitched together to form a panoramic view with camera motion cropped out of the larger image. Due to the nature of the stitched image method, resolution is lost through digital zooming and the scene is presented from a mono-perspective.

“Robotic cameras offer the level of optical resolution for close up action and work in real-time, fitting into existing multi-camera productions and offer a range of angles that enhance the production,” says Rawner. “Integrating robotics in existing workflows allows for the best of both world – great story telling and emotive shots from manned camera positions and consistency of coverage, space saving and unique angles from automated cameras. However, within any automated live event camera workflow their needs to be, in our experience, a level of a human intervention that is seamless to the operation.”

He says that both MRMC’s Polycam Player and Chat solutions allow users to adjust framing within the automated tracking without having to switch off the tracking. Automation continuous to operate behind the manual operation allowing the user to relinquish control at any time without adversely affecting the camera motion. 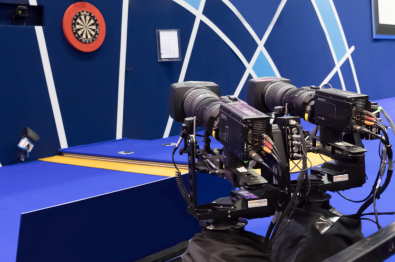 MRMC has been involved in Sky Sports coverage of the PDC World Championship Darts events since 2013. The productions use a range of robotics systems, including Ulti-Heads, SFH50 and AFC-100. The robotic heads support both full size and compact cameras (HDC-1500, 4300 and P1s) and 40x lenses. Control is extended to a remote position and operated either by encoded pan bars or the new dart board inspired touch screen MHC controller, designed specifically for the two main front of stage camera positions.

MRMC provided a number of high payload Ulti-Heads, together with multi-axis StudioBot robotics, for the Fox Sports Red Square Studio. All of the camera moves were fully programmable will manual joystick override and provided real-time positional data to the AR graphics engine. 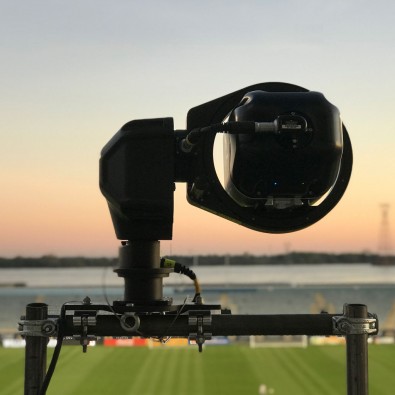 Earlier this year MRMC provided rental AFC-100 systems to Gearhouse Broadcast for their coverage of the Australian Open Tennis. The system form factor, payload capacity and IP control, allowed Gearhouse to integrate the robotics into their production workflow. The heads were placed on the top of high rise buildings whilst provide stable high overhead shots of the tournament. System control was linked to an operator position over a kilometer away via RF, providing a completely wireless pan, tilt, housing wiper, camera and lens control. Gearhouse subsequently invested in its own AFC-100 stock for a fully integrated camera robotic rental service.