In this series of articles, we will explain broadcasting for IT engineers. Television is an illusion, there are no moving pictures and todays broadcast formats are heavily dependent on decisions engineers made in the 1930’s and 1940’s, and in this article, we look at color space and its relevance to broadcasting.

Our view of color is just our individual perception of reality. When we look at a green field, we know its green because convention has told us so. From our earliest days, parents and influential people in our lives have taught us that a “green field” is green, and a “blue sky” is blue.

As color is a subjective phenomenon, we need a more accurate method of describing and defining it to standardize color in both television and life in general. Color space is used to define colors within certain limits to allow engineers to make meaningful measurements on the color broadcast.

Color gamut describes the range of colors available on a device such as a color television, computer monitor or printer. Out of gamut, describes signals that cannot be adequately displayed or represented on the target device.

Out of gamut signals cause many problems for broadcasters. In the extreme, an out of specification combination of the primary red, green, and blue signals can cause compression systems to fail and transmissions to fall off air.

In article 8 – Color Representation – we described how in 1913, the International Commission on Illumination (CIE) was founded to provide a forum to promote the exchange of ideas and information to set standards for all things relating to light.

The CIE demonstrated how most colors in the human visual system (HVS) could be represented using red, green, and blue (RGB) sources of light. Television uses RGB to create its color system. 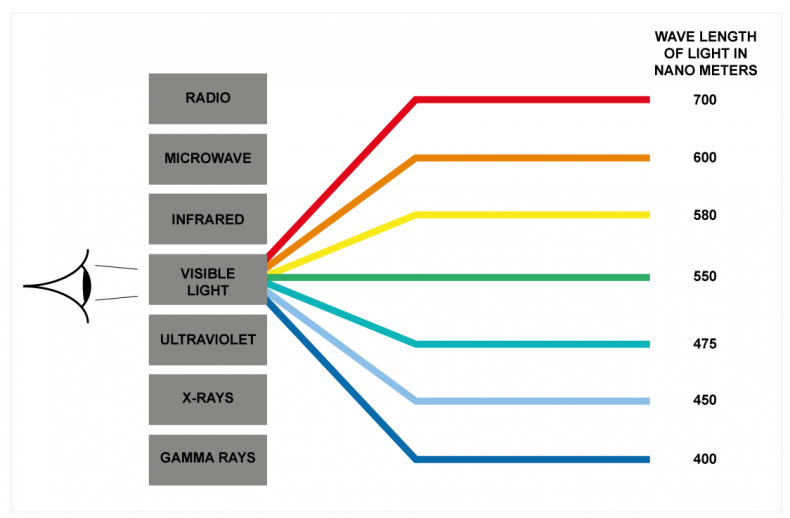 Diagram 1 – There are many wavelengths within the electromagnetic spectrum, the Human Visual System can only see a small portion of them.

ITU is a specialized agency of the United Nations that is responsible for issues that concern information and communication technologies.

The CIE color space is a two-dimensional projection of a three-dimensional RGB vector. Each of the RGB colors is described as a vector at ninety degrees to each other. Red projects to the right, Green projects up, and Blue projects out of the page towards us.

By joining each of the ends of the RGB vectors we end up with a triangle on a single plane. This represents all the colors that can be represented using varying degrees of RGB colors.

Limitations Of The Eye

However, the human eye cannot see all the colors represented by all variations of RGB levels and the triangle color plane must be limited. Also, the RGB representation approximates our color response, this is evident as we have a dip in our red response at 520nm (see article 8) and the RGB representations overlap.

The RGB system was agreed to make the design of cameras easier.

But in creating the two-dimensional spectral locus from the RGB vectors we’ve essentially stripped away any luminance information from the diagram. Peak white does appear in the center of the spectral locus, but black or variations of grey do not.

Color devices such as camera’s, television’s, computer monitors, and printers cannot describe the full spectral locus. As camera technology has developed the sensitivity of sensors has improved and larger color spaces can be represented. 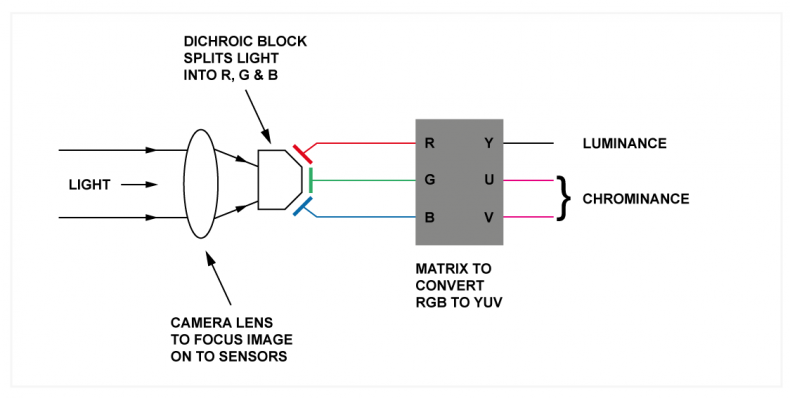 Diagram 2 – a camera filters light into red, green, and blue to enable color sensitive sensors to convert the light into electrical signals for analog to digital conversion and processing.

With the advent of digital broadcasting and digital infrastructures in broadcast facilities, new color space and broadcast standards were written.

ITU Rec 709 was issued in 1990 for the specification of HD television. The color space is very similar in size to Rec 601.

ITU Rec 2020 was issued in 2012 and is the standard for UHD, 4K and 8K. The color space is much larger than its SD and HD counterparts.

The rendition of colors within a color space is limited by the quality of the home viewers television and their viewing conditions. Most SD and HD televisions will cover a color space equivalent to ITU Rec 709, but if you want to watch UHD then check to make sure the television you are buying can cover the full Rec 2020 color space.

Standard computer monitors use the color space sRGB, this is very similar to Rec 709 so is fine for standard and high definition formats. However, if you’re editing HD then a monitor that can display Adobe RGB color space is required. Adobe RGB was introduced in 1998 by Adobe as it includes most of the colors in CMYK color space used in printing. But because its color space encapsulates Rec 709 it is useful for editing.

Out Of Gamut Computers

Modern graphics systems allow editors and artists to create colors that are well beyond the gamut of broadcast television. If the editor or artist is unaware of this then they are usually disappointed at how their productions look when broadcast, but worst still, if the out of gamut colors are not detected during production they can create visual distortions and problems for the compression and transmission systems.

Color space has gained increased attention since broadcasters started moving to digital systems in the 1980’s. It’s even more important now as computer systems can easily create out of gamut colors that will have detrimental effects on the quality of experience for the home viewer.