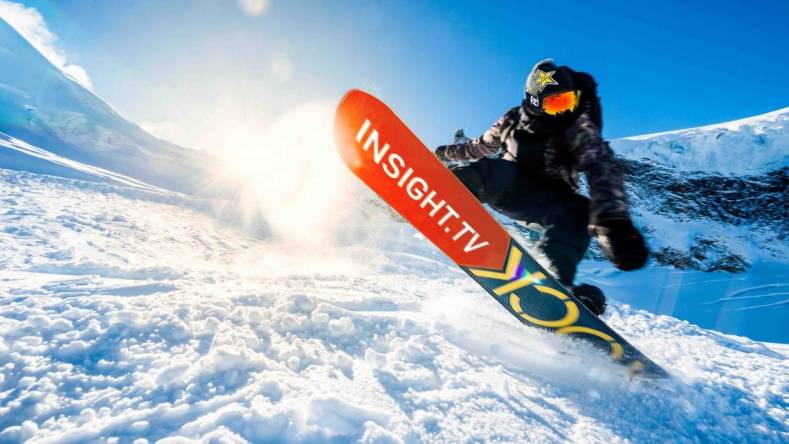 Insight TV is one of the few but growing number of UHD channels.

UHD rollout has been average rather than stellar to date. Matthew Goldman, Senior Vice President, Technology, Media Solutions, Ericsson provides an insightful explanation about why this might be and what issues might tip the scale.

Has standardisation of UHD-1 Phase 2 been the tipping point some suggest?

Goldman: Yes and no. Yes, in that the industry has long considered 4K with HDR to be the ‘wow factor’ for the next-generation TV viewing experience. As such, there is pent up interest – by broadcasters/producers/operators and consumers – to provide and deliver content in this format. No, in that - regrettably - there are too many different HDR formats being touted, causing industry confusion about how to proceed, which in turn has delayed deployments.

Please note that the industry has taken a bit of a shorthand in the use of the term “HDR”. “HDR” in almost all cases is being used to refer to the combination of 3 image technologies and not just the HDR transfer function alone: HDR + Wide Colour Gamut (WCG) + 10-bit sample bit depth. And this is how I refer to it in all of my responses.

Many questions remain over how fast broadcasters and manufacturers will develop UHD services. What are the key elements that will determine how fast the market takes off?

Firstly, we are now at the point where systems may be assembled that can deliver UHD (including HDR) end-to-end, but 4K itself (independent of HDR) is an economic issue as well, not just technical. This is especially true on the production and professional facility side of the equation – due to the need to upgrade equipment that can handle the higher bandwidth required for baseband signals (~12Gbps). Content providers and operators have therefore been evaluating the ROI on delivering 4K vs. the benefit achieved, and this has delayed some deployments.

The second factor is the question of what HDR format to use, which has complicated matters. Too many HDR formats have, regrettably, fragmented the industry and thus delayed deployments. Industry requests and attempts to simplify offerings (for example along the lines of a “grand alliance” of proposals) have largely gone unheeded.

I do think that it’s worthy to note that UHD means different things to different people. With the ‘wow factor’ of HDR, much of the 4K HDR viewing experience can be achieved by delivering 1080p50/60 HDR as the UHD format and have the display upconvert 1080p to 2160p (4K). The reasoning for this is that at least for the foreseeable future the screen sizes used in actual consumer viewing environments are not large enough to resolve the 4K resolution at the distance from which the screen is actually viewed. For viewers to resolve 4K resolution (due to human vision acuity), the screen must be viewed within circa one and a half picture heights from the display. For HD resolution, the proper viewing distance is within circa three picture heights – which is how most home viewers have their rooms arranged. Hence, many viewers of images on 4K displays are actually only resolving them to HD resolution. Since the human visual system is much more sensitive to contrast (dynamic range) than to spatial resolution, HDR does not have such a strict viewing distance constraint. Therefore, some broadcasters are considering delivering content in 1080p50/60 HDR; 4K displays do a great job upconverting this to 2160p and if the display supports HDR, then the end result will have a ‘wow factor’ nearly identical to viewing native 4K HDR. As such, this alternative format is by far the ‘best bang for the bit’.”

How important is the availability of 4K content to the market adoption of UHD services and what are the issues holding back creation of more UHD content?

For the purposes of discussion here, let’s put aside the possibility of using 1080p50/60 HDR for UHD. Without increasing availability of 4K content, it will be difficult to get market adoption beyond early adopters to the mainstream. Indications are that pre-produced content in 4K is already increasing in availability. However, this is not the case for live events, due to the need for everything to work flawlessly in real-time (there is no ‘let’s do it again’ retransmission possible). This situation is exacerbated if HDR is included, not only because of the number of different formats available, but also because of the issues of mixing live with pre-produced content (such as a library of news or sports content, or commercial insertions where the commercials were produced in standard dynamic range [SDR] or in a different HDR format). The carriage of HDR metadata through the live plant has some complications as well (although if the hybrid log-gamma [HLG] format is used, there is no metadata generated).

What impact will the FIFA World Cup’s 4K HDR broadcast have?

The 4K HDR broadcast of the FIFA World Cup will have a very positive impact on the industry. Any time that a major event showcases a new format – especially one with the ‘wow factor’ of 2160p50/60 or 1080p50/60 HDR – the consumer will respond very positively, which in turn generates interest from broadcasters/producers/operators. Studies have shown that consumers will pay for premium video quality. According to Ericsson’s ConsumerLab TV and Media Report 2017, ownership of HD TVs has increased from around 75 percent in 2012 to almost 85 percent in 2017, and 4K/UHD TVs are now present in over a fifth of all homes. This, in turn, will attract advertisers to produce in UHD HDR as well and want to be included in the premium service.

What needs to be in place to drive adoption, and how is UHD TV likely to develop over the next couple of years?

Pretty much everything is now in place to deliver UHD end-to-end for pre-produced content. The content producer will determine the native format and broadcasters (or any intermediary service providers or operators) are able to perform offline conversions as necessary, so this removes much of the barrier caused by having too many format options. However, for live production there are the issues of possible format conversion needed, as well as how to perform live video special effects, etc., when content is of mixed types (for example in the case of dynamic range, SDR or the type of HDR, as well as varying light levels being used). The industry can certainly define some universal profiles to simplify matters, but that has not occurred yet. This is partially due to the newness of this technology, but it’s also partially a result of disagreements over which methodology is the best one to use. As more and more UHD services are launched, then more understanding will occur, which will hopefully lead the industry to ‘best practices’ and recommendations. 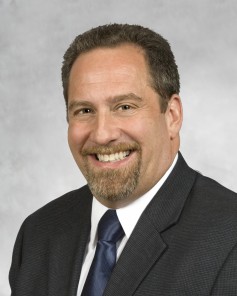 How are broadcasters likely to implement the various elements of UHD in practice – 4K or 8K resolution, HDR (HLG, PQ-10), HFR, WCG and NGA?

What has happened – and will continue to happen – is that broadcasters (and service providers, operators, etc.) will offer what they believe makes the biggest impact to the end-user experience, with the simplest possible implementation. Therefore, unless being heavily promoted by a government (such as 8K in Japan), it likely will be 2160p50/60 or 1080p50/60 (if the latter is deemed an acceptable trade-off between marketing perception and actual perception) with basic HDR (HLG10, PQ10, or HDR10). As noted earlier, HDR here is a combination of HDR+WCG+10b (the 10b is reflected in the names of these 3 basic HDR methods).

Dynamic display mapping (using dynamic metadata) is much more challenging to implement, especially with live production. It is therefore unlikely to be implemented in the near term, except as a pass-through of some premium pre-produced content (assuming the dynamic metadata can be preserved). 4K HFR is extremely unlikely to be used due to its increased complexity and added baseband bandwidth requirements. Same with 8K, with or without HDR or HFR.

For 4K there is a viewing challenge (you need to be within one and a half picture heights from the screen for it to resolve completely). With 8K this distance is halved again, requiring the viewer to be within around three-quarters (0.75) of a picture height in order to resolve the resolution. Even if the display were the entire wall, in most home environments the viewer would not actually see 8K in its full glory! So that’s a really difficult case study to justify the investment to surmount the technical and economic difficulties.

Next Generation Audio (NGA) provides some compelling reasons to implement. For example, personalisation of audio objects (such as adjusting the volume of the dialog track to hear it better), relocatable objects (that is, moving the location of the source of a particular sound), and a life-like 3D surround sound field. The availability of consumer ‘sound bars’ also makes it much easier for consumers to realise an impressive 3D sound field without the need for (or the resulting difficultly of installing) a large number of speakers in the room. As such, some deployments will implement NGA, with or following HDR.

Many are already ‘experimenting’ with this. The great advantage of over-the-top (OTT) internet delivery is the ability to test new formats over a ‘dumb’ broadband pipe, with the only changes required to process the signal being in the client device (and software downloadable in many cases). So, there already are some services up and running using up to 2160p50/60 (4K) with basic HDR (HLG10, PQ10, or HDR10).

If consumers pay for a 4K UHD streamed service - how many consumers are actually viewing a 4K stream?

This is a combination of two factors: the consumer’s distance from the display and available bandwidth at the time of the packet transmissions. Regarding the latter, streaming services use some type of adaptive bitrate scheme, whereby the content delivered within a particular ‘chunk’ (a set of streamed packets) may have different image quality from other chunks being streamed. The impact of this is that a lower bitrate may be delivered when network conditions are constrained. The image quality within a lower bitrate chunk may have a lower resolution and/or frame rate and/or dynamic range. As such, a 4K streamed service may not be instantaneously or continuously delivering a 4K stream. The end result is a ‘smoothing’ of decreases in image quality, which in most cases is more palatable to the consumer than an abrupt pause or break in the delivered stream.

Can successfully is HDR being monetized (sold and marketed) to the consumer? What are the challenges here?

HDR can be monetized successfully because the impact on the viewing experience is very noticeable, in many cases more noticeable than the difference between 1080p and 4K spatial resolution. The challenges for widespread adoption are mostly technical ones, rather than marketing: “seeing is believing” is truly the case with HDR!