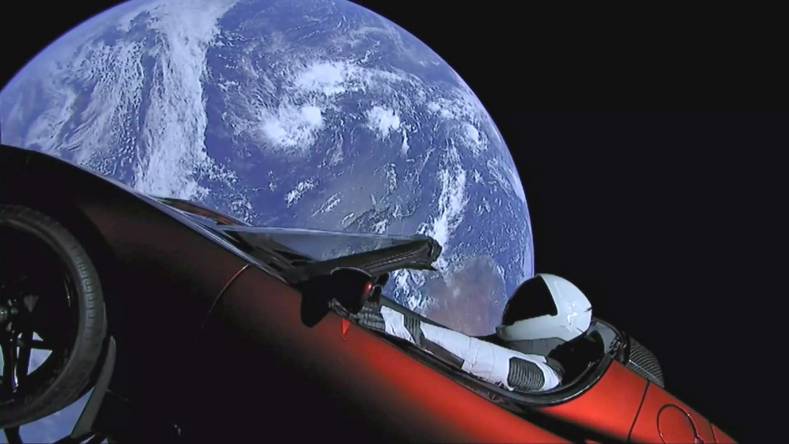 Elon Musk had a big idea. Nikola Tesla had a bigger idea.

Elon Musk’s 2018 Tesla roadster was recently launched on an interplanetary space trip, complete with a multi-camera, ride-along, streaming-live-from-space view on YouTube. Some say it’s the longest and most expensive automobile commercial ever made. Others see it as a bizarre marketing gimmick. Either way, it put the Tesla name and brand back in the public spotlight.

Obviously, the immediate benefit of wireless charging for broadcasters will be the elimination of those awkward wall-wart chargers and the ubiquitous tangle of wires and connectors dangling from them. After all those ugly, power-strip-rat-nests are long gone, future broadcast engineers will wonder how we lived with them. 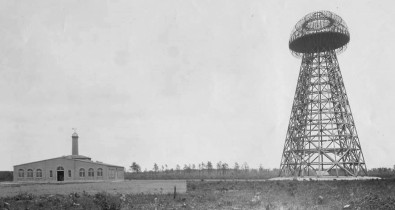 The Wardenclyffe Tower, aka the Tesla Tower, was built by Tesla in 1902, abandoned due to funding in 1906 and demolished for scrap in 1917. Apparently, it was about a century before its time.

The Birth of Bandwidth

In the 1890's, Tesla was experimenting with “Hertzian” electromagnetic waves. They were extreme broadband, created by a spark-gap, which was essentially white-noise centered on a frequency determined by the resonance of the antenna’s series inductance and parallel capacitance to ground.

By 1905, Tesla’s investors gave up on wireless electricity, and on electromagnetic wave communication because it was too broadband to coexist locally without disruptive interference.

Seven years later in 1912, the invention of the vacuum tube oscillator allowed the concentration of energy on a single frequency, which created modern radio communications. Local oscillators gave radio receivers the ability to tune to different transmitters operating on different wavelengths. Amplitude modulation was already in use in telephony and a few early amateur spark-gap systems, and was easily adapted to continuous wave radio transmission. The modulation of a continuous RF frequency created a new technical term: Bandwidth. Because of its extreme bandwidth, spark-gap transmitters were abandoned by 1923 and declared illegal in 1929. 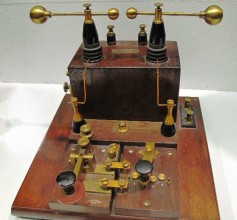 This early 1900s spark-gap transmitter was for ship-to-shore communications and had a range of about 6 miles.

Since its early 20th Century discovery, other than modulation, the only change in tuned radio waves is that more of them are being transmitted across a vastly wider RF spectrum. The only changes in the physics of radio wave transmission and reception is the design and advanced control of antenna characteristics such as gain, radiation patterns and polarizations, which have progressed with needs and technologies. The most modern transmitting antenna advances such as economical dynamic array beam-forming systems, are what makes wireless charging practical and possible.

As defined by the AirFuel Alliance, wireless charging comes in two forms. One is resonant charging. It works by transferring energy between two coils that resonate on the same frequency. LG, Samsung, Apple and others include resonant-charge technology on their latest portable devices. All must touch a pad to charge.

The other form is RF wireless, which uses RF energy instead of magnetic fields to transfer energy. A radio transmitter sends RF waves to an embedded receiver which converts the radio signal to DC to charge and power the device.

There are two sub categories of RF wireless charging: Far Field and Near Field. In Far Field, the transmitter locates a RF receiver inside a defined area and beams RF to it. So long as the device stays in that area, it charges, but charging capacity is limited as some energy is lost in the air.

Near-Field charging allows maximum charging inside a defined, nearby 3D space, such as a cup holder, a drawer or a box, to become a transmitter/charging station. It allows for 100% charging and greater spatial freedom, giving users a true “drop and charge” experience.

The wireless electricity is generated with what’s known as “nanocrystals,” or “power crystals.” They work on the same principle that makes a simple crystal radio receiver work. When a radio wave hits a crystal, the crystal begins to change shape and oscillate, which creates an electrical current.

This unique shape-changing electrical property is known as the Piezo-Electric Effect. A nanocrystal is a material crystal with the same crystal property, but <100 nm in least one dimension, and composed of atoms in either a single-or poly-crystalline arrangement. More nanocrystals make more electricity.

If you search the internet for “nanocrystals” you’ll find some tempting investment opportunities. For now, it appears those who invested in Nanocrystal electricity before mid-December made their profits right after the FCC announcements were made. Dig a bit deeper and note there may be a huge future for nanocrystal electricity in everything from hearing aids to dynamic electric vehicle charging (DEVC). Tesla’s dream may truly be coming alive. 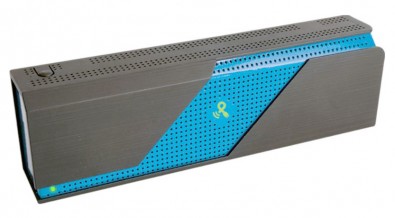 There's always a "buzz" about significant new technologies at CES, and this year power-at-a-distance was among the top of the list. Energous and Powercast brought some prototypes and stand-alone units to show and sell, but the primary objective is to attract OEM and licensing partners to integrate their receiver chips and technologies in their future products. The future of wireless charging depends on massive major-manufacturer integration. Economy of scale will be the key.

Powercast showed its PowerSpot transmitter, which automatically charges enabled devices within a certain coverage area, similar to Wi-Fi. The transmitter uses the 915-MHz ISM band to send RF energy to a tiny Powercast receiver chip embedded in a device, which converts the signal into DC to directly power or recharge that device’s batteries.

Powercast is focused primarily on the development of Far Field solutions providing power up to 80 feet, and it holds 46 patents worldwide including 21 in the US, and 29 patents pending. 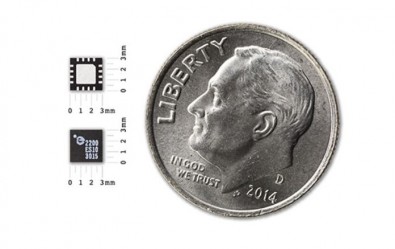 The recently FCC-approved Energous WattUp solution is similar but different. Energous received FCC certification under Part 18, which does not limit the amount of power. WattUp also operates in the 900 MHz band. Its bandwidth and range is optimized based on customer application. Energous coexistence testing has not shown any interference with other Wi-Fi signals. Energous holds 75 patents with 180 patents pending.

At CES 2018, Energous, along with manufacturing partner Dialog Semiconductor, unveiled its new generation of WattUP chipsets. The new chipsets include the critical Beamforming IC, DA1210 and the Power Amplifier (PA) IC, DA3210. Energous also updated the fully integrated Transmitter ICs, DA4100, and the DA2210 to support the 900MHz frequency band.

Together, they complete the WattUp Near Field and the recently FCC-certified power-at-a-distance WattUp Mid Field wireless charging systems, which can charge at distances up to 3 feet. The new end-to-end chip solution debuting at CES is exclusively distributed by Dialog, which will provide turnkey solutions to simplify integration and accelerate adoption of WattUp technology.

Right now, the newest dynamic charging gear operates mainly in the 900 MHz Wi-Fi band. Next generation models may operate in the 2 and 5 GHz Wi-Fi bands. This raises questions about how dynamic charging might interact with other local Wi-Fi and IoT devices on the same bands. The short answer is that it probably won’t in the foreseeable future, thanks to beamforming.

Beamforming is the key to power-at-a-distance for both transmission and reception. Adaptive dynamic beamforming is a signal processing technique that combines elements in an antenna array to produce spatial filtering and interference rejection, using constructive and destructive interference to create a signal limited to a desired 3D space.

Receivers can use beamforming technology to achieve the highest gain and tightest directionality with lowest interference. Power-at-a-distance RF anywhere other than where it is needed wastes efficiency. Of course, the byproduct of beamforming efficiencies reduces the chance of interference with other devices not inside the defined 3D space. Beamforming is in everyone’s best interest. Dynamic Charging could see mass adoption in as little as 5 years.

Are the Energous and Powercast wireless charging systems compatible? No. Will they ever be? One says no, the other says maybe. Right now, the companies have no plans to partner. This story is far from over.