JEDEC, the standards group for the microelectronics industry, has announced the UFS 3.0 flash storage standard, which allows speeds of 2.9 GB/s and lower power consumption. It paves the way for 8K video on smartphones.

JEDEC said the new standard doubles the theoretical speed of the current UFS 2.1 standard. It also allows for operation at a greater range of temperatures. The new standard requires the host device to use hardware that supports these high transfer rates.

Developed for mobile applications and computing systems requiring high performance with low power consumption, UFS 3.0 is the first standard to introduce MIPI M-PHY HS-Gear4, with a data rate of up to 11.6 Gbps per lane, a 2x performance increase over prior versions of the specification.

UFS is a high-performance interface designed for use in applications where power consumption needs to be minimized, including mobile systems such as smart phones and tablets as well as automotive applications. Its high-speed serial interface and optimized protocol enable significant improvements in throughput and system performance.

The JESD223 UFS Host Controller Interface (UFSHCI) version 3.0 standard is intended to simplify the design process by defining a standard host controller interface with which system designers can create a common host controller software driver to work with UFS host controller hardware from different manufacturers. The HCI functionality enables higher performance and power efficiency by minimizing the involvement of the host processor in the operation of the Flash storage subsystem. 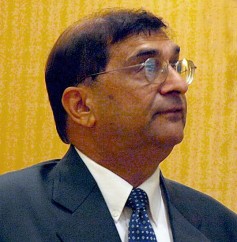 “UFS 3.0, UFSHCI 3.0 and the UFS Card Extension update offer a host of enhancements over the prior versions of these standards that will help product designers enable significant improvements in mobile devices and related applications,” said Mian Quddus, chairman of the JEDEC Board of Directors and the JC-64 Committee for Embedded Memory Storage and Removable Memory Cards. Quddus is also director of technology at Samsung.