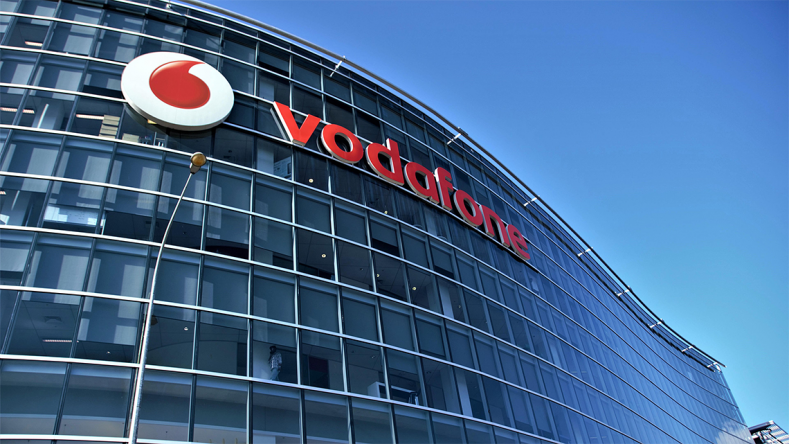 Vodafone Italy is one of relatively few top tier service providers to rely on an independent OTT platform provider.

It is not just broadcasters and pay TV operators that have struggled to cope with the accelerating momentum behind OTT, because it has been just as challenging for their technology providers.

This can be seen both from the changes in strategy and struggles to maintain previous levels of financial performance by vendors across the spectrum, from the largest to the very small. Yet the specialist OTT technology vendors that sprung up at various times over the past decade have also failed collectively to make the impact they expected, with many either fallen by the wayside or acquired. The main winners are the big OTT players, some of which such as Amazon and Google are both platform and service providers. There is though hope for all parties in the old adage that while tactics change, the core strategic fundamentals remain the same, being brand, content and experience in the case of video services.

A number of analysts have singled out 2018 as the year OTT video finally reaches maturity after a year or two in adolescence, with several key ingredients coming together. Firstly, it is becoming possible to deliver premium content at scale with high quality and adequate security, both for live and on-demand. Significantly there was growing talk towards the end of 2017 of Subscription Linear (SLIN) as a major new service category embracing live sport and other TV shows conducive to scheduled viewing. A second factor has been proliferation of smart phones as viewing devices, triggering development not just of program guides but also shorter form content itself suitable for viewing on these smaller screens by people often on the road with limited time.

A third factor is the OTT services themselves are maturing during their lifetimes, adding new features and expanding their capabilities in various ways, increasing their contribution to audience analytics, as well as making more high-quality content available. This in turn is leading towards a major milestone where OTT video catches up with existing online digital services in becoming much more driven by data and analytics, opening up new opportunities both in companion screen interaction and high precision targeted advertising. In this way OTT will harness the unique advantages of one-to-one online delivery and start to bring these into linear services via connected smart TVs. Increasingly automatic content recognition (ACR) will be embedded into smart TVs, enabling them to insert ads on the fly without having to know for sure who is watching, through making an informed guess.

The maturation of OTT can also be measured on the basis of service turnover, particularly in developed markets. In the US, which is certainly the most developed of the larger markets, the number of new services being launched each year peaked at around 50 in 2015 but declined since to around a quarter that level in 2017, according to Parkes Associates. By the same token the number of service closures, a marker of an immature market, rose until 2015 but has since declined.

There are signs that some traditional vendors are struggling to cope with the changing dynamics and rapid shift to cloud based delivery based on virtualized commercial off the shelf (COTS) hardware and associated changes in the way the technology is sold or deployed. It is not so much that vendors have failed to anticipate the changes or prepare for them by developing the appropriate products, but may be suffering from reduced margins and intensifying competition from the big Internet players with deep pockets who can afford to play a long game. There are also fundamental and seemingly irreversible changes in consumer behavior with the trend towards self-aggregation and supplementation of primary entertainment sources with video options culled from various other sources. 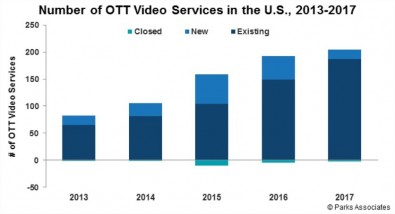 Parkes Associates chart shows decline in both new OTT services and existing ones closing set in around 2015.

There is also a shift in the focal point of high quality content towards online, firstly as a result of increasing investments in original programming by Netflix and Amazon in particular and secondly as some premium sports rights holders are beginning to follow this drift. This in turn is accelerating the stampede of eyeballs online, which is then dragging advertising in wake. This lies behind Disney’s dramatic acquisition of Fox assets associated with its impending launch OTT services during 2017 and 2018. Disney as an even bigger owner of premium content will then stand to gain from an accelerating shift online and be better placed to compete with Netflix, Amazon and Google. It will also play against legacy distribution platforms bogged down with costly and ageing physical infrastructure.

Harmonic typifies the struggles of traditional vendors trying to negotiate this flood tide. Significantly its CEO Patrick Harshman attributed recent revenue decline and margin squeeze to a faster than expected growth in unified live OTT services targeted at both mobile devices and the big screen itself. Harmonics’ net loss was $5.4 million for the third quarter of 2017 compared with a $1.6 million loss for Q3 2016, on revenues of $39.5 million. The implication is that the company is suffering from the transition to new pricing structures associated with OTT rather than the technology itself.

In fact, OTT technology and platform vendors have also experienced challenges adopting to the field growing up. Of the original independent OTT platform vendors only Kaltura has really succeeded in justifying earlier expectations of graduating to become a serious pay TV player. It is also one of the few to land some prestigious tier 1 clients, the latest being Vodafone TV for the launch of its Italian OTT service in June 2017. The reasons stated by Vodafone for building the service around Kaltura’s platform highlight why some rival technology vendors have subsided from view. Vodafone wanted a multi-platform full pay TV offering capable of running over both its fiber infrastructure and 4G cellular network for delivery to a ‘lightweight’ set top box. It wanted to provide access via that set top to cloud DVR and integrate popular terrestrial channels as well as on-demand content and third-party OTT services like Now TV from Sky, as well as Netflix.

According to Kaltura, the ability to launch a comprehensive pay TV service quickly with ability to support multiple business models and different revenue sources was essential, as were advanced UI features. The latter included favorites and watch lists as well as social interaction and ability to personalize the linear and on-demand TV experience.

Kaltura has incorporated these components into its platform over time through organic in-house development funded by the $115 million raised from 13 investors, along with a partnership network including among others IBM, digital transformation group Atos, Sharp, Tata Communications and Microsoft Azure. The $50 million it raised from Goldman Sachs in August 2016 was supposed to be the last before an IPO (initial public offering) planned for some time in 2018. The company hopes it will be valued at close to $1 billion and raise enough to continue developing in what many consider will be the post OTT era. The idea is that such companies would become focused more on overall pay TV services and transformation to more nimble cloud based platforms rather than being caste in the mold of OTT.

Even so such companies may still struggle to compete with the big Internet juggernauts, especially Amazon with its flexible package combining modular technological components including stream based analytics with cloud based storage and video processing that can be deployed quickly with minimal commitment from the service provider. The hope for the TV specialists, whether from the OTT or legacy pay TV world, is that their partnerships will enable them to assemble complete cloud based platforms capable of competing with Amazon, Google and others. That is why Kaltura partnered with Microsoft Azure in particular, enabling it to deploy OTT services for clients integrated with a cloud platform and therefore able to scale up or down on the fly with market demand, avoiding the capital investments of an in-house platform.

Notably two of Kaltura’s OTT platform competitors, Ooyala and Brightcove, are both integrated with Amazon Web Services itself as well as Microsoft Azure. But Ooyala has been taken over by Australian Telco Telstra, while Brightcove has been struggling, although it did at least succeed in increasing revenue for Q3 2017 to $39.5 up from $38.4 million for the same quarter of 2016. But net losses were still mounting, up to $5.4 million for that quarter from $1.6 million a year earlier.