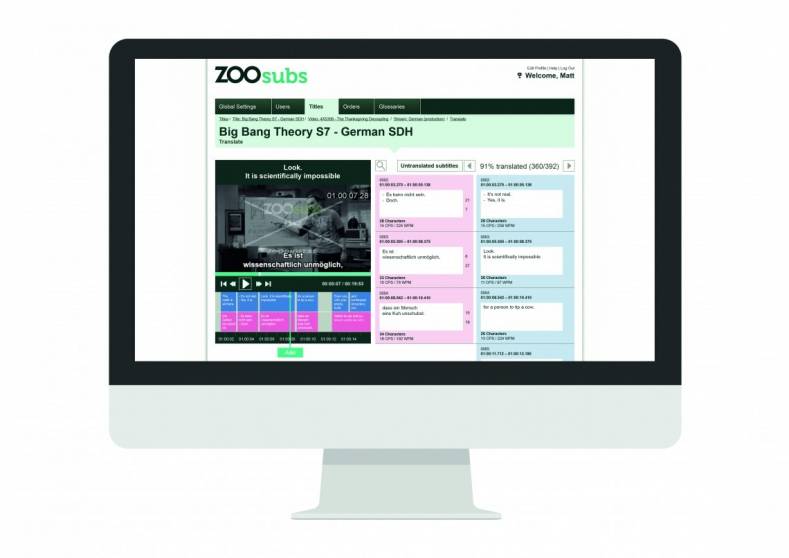 Equal access legislation in the UK, US and other countries has led to widespread captions and subtitles for broadcast services. However, despite the efforts of a number of lobbying groups, availability of captions on video-on-demand services, including those streamed via the internet, have been slow to take off. This article argues that VOD providers should act now to make captions and subtitles available as part of their offering.

The original motivation for broadcast captions was to provide access services for the hearing impaired. According to Action on Hearing Loss, there are more than 10 million such people living in the UK today. In the US the number exceeds 63 million potential viewers. This constitutes a significant audience that any provider of video programming would be wise to address.

The first broadcasters to provide access services for the hard of hearing employed open captions, where text is a fixed feature of the video stream. With the advent of decoders this was quickly superseded by closed captions that can be turned on and off by the consumer. The industry makes a distinction between subtitles, which provide a summary of the spoken word (most commonly used as a way of translating dialogue into another language) and captions, which usually provide verbatim dialogue as well as other cues and information to assist comprehension for hearing-impaired viewers. 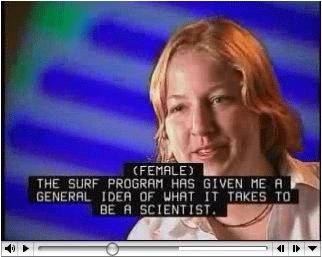 Captioning usually provides verbatim dialogue as well as other cues and information to assist comprehension for the hearing impaired. Subtitling, on the other hand, provides a summary of what's said and is more often used when it's necessary to translate the audio into a different language. Image courtesy ehow.com

The audiovisual localisation industry saw a significant growth in demand for foreign language subtitles following the launch of DVD which provided, for the first time, a cost-effective way for publishers to reach global audiences with localised content. Today subtitles are routinely prepared for most feature film and TV titles. DVD coined the term Subtitles for the Deaf and Hard of Hearing (SDH), which is a stream commonly found on DVD titles similar to broadcast captions.

The real impetus for the growth in captioning was due to legislation in the US and UK that placed certain requirements on broadcasters. The recent broadening of scope of such legislation has implications for VOD services. One case in point is the Americans with Disabilities Act (ADA) of 1990, designed to prevent discrimination and requiring access to verbal information on televisions. More recently the US Twenty-First Century Communications and Video Accessibility Act of 2010 requires broadcasters to provide captioning for television programs redistributed on the Internet.

In the UK, with the exception of the BBC’s iPlayer, VOD services are not covered by Ofcom but are regulated by a body called the Authority for Television On Demand (ATVOD). The ATVOD sets out clear best practice recommendations for inclusion of captions in VOD services although currently has no authority for enforcement. That said, a number of the UK’s leading terrestrial service providers include captions with their streaming services, with iPlayer at 100% and ITV Player at over 70%.

In 2012 a landmark settlement in the US courts compelled Netflix to caption all of its streamed videos by 2014. This followed legal action taken by the National Association of the Deaf which successfully argued that, in the terms of the ADA legislation, Netflix was “a place of public accommodation” and as such, must follow appropriate accessibility standards. In a more recent litigation case the Greater Los Angeles Agency on Deafness is suing CNN because its streaming videos do not have closed captions.

It would be a mistake to think that captions benefit only the hard of hearing as they are also widely used by those learning to read, learning to speak a non-native language as well as in locations where audio is turned off or difficult to hear. It seems likely that the largest audience of closed captioning in the US and UK is non-native English speakers. Interestingly, in the 1980s and ‘90s before caption decoders were built in to US TV sets the National Captioning Institute noted that learners of English as a second language were the largest group buying stand-alone decoders.

There are well over 400 commercial VOD services available today and of these only a minority currently provides captions; an ATVOD report of 2013 indicated that only seven out of 40 UK providers offered this feature. If the prospect of expanding audience is not incentive enough, then the competitive pressure of services from BBC, ITV, Netflix and Apple ought to provide a strong impetus for VOD providers to add captions to their offerings. It seems likely that the actions of consumer groups and recent litigation will eventually lead to regulatory requirements in the US and Europe.

A further incentive lies in the benefits of increased search traffic, page views, search rank and engagement that arise from accurately captioned video. Over the period January 2013 to April 2014 Discovery Digital Networks found that within two weeks of adding captions to videos, views increased by 13.5%.

ATVOD’s report of 2013 identified a number of reasons for the lack of support for captions. The associated expense was widely cited, including the cost of preparing captions, managing associated digital assets and creating delivery files in the required technical formats. Regrettably there is no definitive standard for the delivery of timed caption/subtitle text, mainly as a result of many manufacturers having created their own formats over the years specific to their features and languages. Consequently, even when captions and/or subtitles for a programme have appeared previously in other media (e.g. broadcast or DVD) they are often absent from VOD due to the difficulties of repurposing the data.

For VOD operators to gain the benefits that access services can bring to both them and their consumers, a more cost-effective means of sourcing and deploying captions and subtitles is needed.

Content owners and VOD operators are increasingly turning to ZOO Digital’s services and cloud computing platforms to source subtitles and captions quickly and cost-effectively. At the heart of these services is ZOOsubs, a web-based production management tool that provides secure centralised storage for subtitle and caption data. Automation is employed extensively and used, for example, to convert existing files into any one of a wide range of delivery formats (around 50 currently supported), and ingest existing materials. This enables reference text to be captured from any available source (e.g. DVD titles, scripts) and repurposed. The ZOOsubs database, which at the time of writing stores over 30 million subtitles and captions, is becoming a definitive source of localisation materials for content owners and their licensees.ZOOcore, a further platform, provides workflow management capabilities, giving each client full visibility of its programming pipeline, purpose made to meet with its exact requirements.

It is only a matter of time before VOD service providers will be compelled to provide closed captions for the majority of their content, and progressive companies will act soon to cement a competitive position in the market. Support for captions, particularly in cases where there are pre-existing materials, can now be delivered quickly and cost-effectively using proven automation systems available in the market.