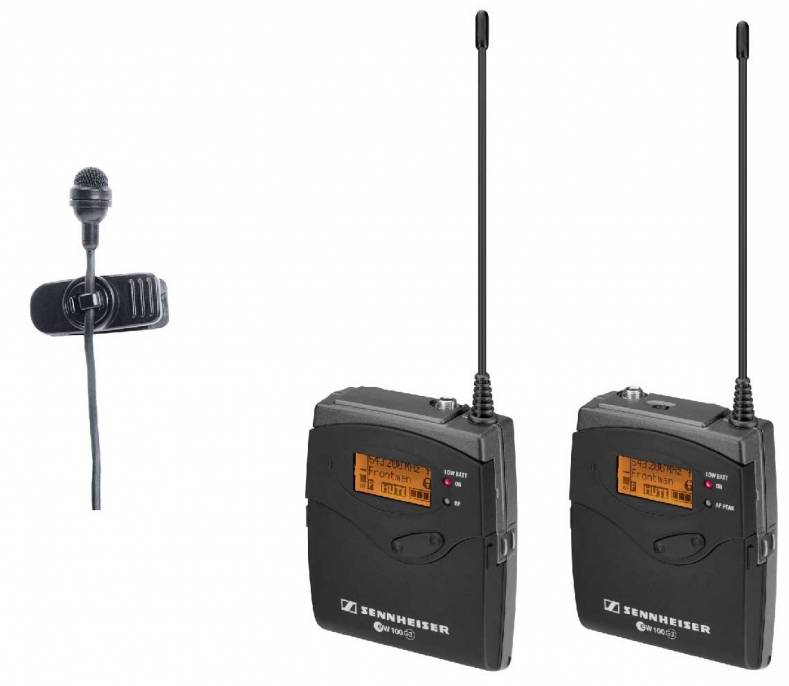 The wireless microphone is an essential part of the videographer's toolset. The Sennheiser G3 system is shown here.

Broadcasting and telecoms have had a long relationship, one that in recent years has become closer and more symbiotic. But there is one area where the two clash head on: radio spectrum. This is a vital resource for not just television and radio transmission but also the production of entertainment shows and outside broadcasts today, which relies heavily on wireless microphones and cameras, in-ear monitors (IEMs) and mobile communications. Parallel to this is the ever-growing demand from mobile phone companies for frequencies to support video streaming and wireless telephony as well as telephony.

Since the beginning of the 21st century governments have promised a fully digital, interconnected world. To achieve this frequencies previously the sole preserve of broadcasters have been earmarked for telecom and mobile use. Frequencies in the 800MHz band and those used for analogue television transmission became available for 4G phone services across Europe from the end of 2012. This has allowed wider access mobile broadband and is the basis of LTE (long-term evolution) technologies for video transmission.

In the six to seven years before the freed-up spectrum was auctioned off, broadcasters and those in the PMSE (programme makers and special events) sector, which includes users of radio microphones, lobbied regulators and governments to ensure there was enough capacity for their needs.

Since the 4G reallocation broadcasters and equipment hire companies have expressed concern that access to frequencies has reduced considerably, with very little flexibility in what is available for day-to-day production of not just sports coverage but also large-scale entertainment shows. Nick Fuller, technical project manager at radio camera specialist Broadcast RF, says half the capacity previously available for wireless camera operations has been lost. "Generally frequencies are under pressure and unfortunately broadcasters tend to be on the losing end of things," he says. "It makes things very difficult for us on... larger events." 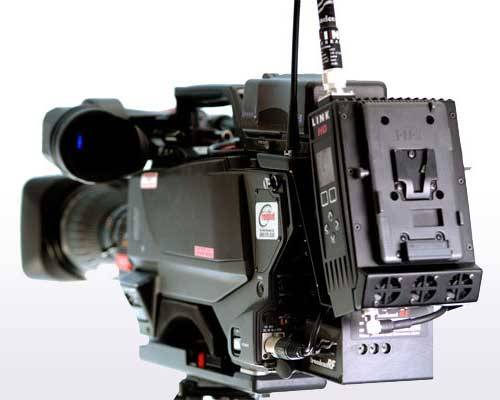 While additional capacity is now made available from other spectrum resources for big, occasional events such as the Olympics, Commonwealth Games and World Cups, more day to day, and even annual, usage has to work within current allocations. Although the main concern of broadcasters and facilities providers is having enough frequencies to satisfy the production expectations of wireless mics for most presenters and performers on a show (plus back-ups), a further worry is interference from other devices using adjacent spectrum.

Digital terrestrial television (DTT) transmissions from 4G signals has reportedly not been as widespread or severe as expected but there is still a potential threat from white space devices. These are new media consumer products that are designed to identify vacant frequencies in the guard bands between main TV channels. National regulators such as the US FCC and Ofcom in the UK have tested this technology in recent years, with several manufacturers now licensed to produce them in America.

As with 4G, there is some serious corporate clout behind white space devices, including Google and Microsoft, which is working with Internet of Things developer Neul, as well as smaller specialists such as SineCom and KTS. While proponents of the technology claim trials have shown there is no risk of interference to either TV channels or wireless mic/camera users, who use the interleaved spaces as well as full frequencies, the PMSE community has strong reservations.

Alan March, spokesman for UK industry body BEIRG (British Entertainment Industry Radio Group), has said the progress of white space devices "looks like bad news for PMSE". He points out that there is greater availability of white spaces in the US compared to Europe, which could be a problem in terms of congestion.

The clearance of 800MHz involved finding new frequencies for PMSE use and, in some countries, compensating users who had to buy new wireless microphone systems that worked on the newly allocated bands or had the ability to switch bands if the operator was working in a number of different countries. Even before the new allocations came fully into effect a resolution was passed at the 2012 World Radio Conference (WRC) that could lead to a decision allowing 700MHz to be used for mobile broadband being made at next year's WRC.

National agencies, including Ofcom, have already proposed this move in annual reports or consultation documents, to the consternation of broadcasters and PMSE users. But while the feeling is that the 700MHz band is no longer beyond the reach of telecom and new media operations, other institutions have recognised its importance for terrestrial broadcasting and wireless mic/camera use.

During October former European Union Trade Commissioner Pascal Lamy published his High Level Group report on radio spectrum. This recommended that bands below 700MHz should be safeguarded for DTT until 2030 but proposed that the bands above - 694-790MHz - should be freed for pan-Europe mobile wireless by 2020 (plus or minus two years). More encouraging was the European Commission announcing new rules on the harmonisation of spectrum bands used for wireless microphones. Under these wireless microphones will have access to at least 59MHz of spectrum at EU level within six months of the October 2014 announcement. The Commission recognises that, similar to broadcast transmission, radio mic users "have relied on the UHF band and their continued operation must be safeguarded as the allocations and use of the UHF band evolve".

While welcoming the announcement on DTT, the EBU expressed concern at the early release of 700MHz for mobile broadband. Alan March, who represented PMSE interests on the 'Sherpa' sub-group of the High Level committee, described the Lamy report as "balanced", adding that the profile of wireless mic users in the document was "higher than I've ever seen". He observed that although there is the presumption that the 700MHz band will become available, it is still not "a done deal".

This view was reinforced by the publication on 3 November of a report by strategic telecommunications consultancy Aetha into the value of the UHF spectrum to broadcasters and mobile operators respectively. The study was commissioned by Abertis, Arqiva, BBC, BNE, EBU and TDF and compares the costs and benefits of turning 700MHz over to mobile services with its continued use for DTT, PMSE, radio astronomy and white spaces.

Among the report's observations are that DTT may need extra spectrum to develop, particularly with the possible full implementation of Ultra High Definition TV services, and that wireless mic and other such systems are currently restricted to 470-694MHz and currently have no alternative if that were allocated for mobile applications. Aetha usually supports the removal of technology and service restrictions on individual bands but in this instance concludes that it would be "not appropriate" for WRC-15 to grant a co-primary allocation to mobile in 470-694MHz.