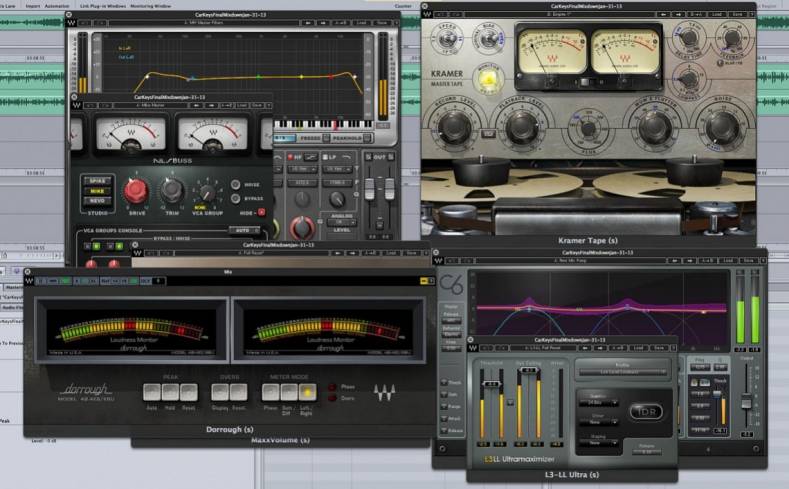 Mastering — the final step in the recording process — is often thought to be only for music. But mastering can be for any audio project, ranging from podcasts to broadcast programming. For today’s small studios, mastering is available with low cost plug-ins. Here is a look at what’s available.

Mastering is the process that prepares an edited audio project for distribution. Artists who long ago made mastering a black art created their reputation with music. But mastering doesn’t stop there and has become much easier in the digital era.

No longer does it take a magician with a huge array of EQ, compressors and other black boxes to make sound come alive. Today mastering plug-ins have come of age and are useful for virtually any project that will be distributed. Regardless of the sound being sought — from digitally accurate to having analog punch — there’s a mastering plug-in to achieve it.

Sweetwater Sound, the pro audio dealer based in Ft. Wayne, Indiana, recently did a white paper covering the most popular mastering plug-ins that it sells. Here are their choices, which are also the most popular available. Most of these suites come in various versions at various prices, depending on the number of tools included.

iZotope’s Ozone leads the list. First released in 2001, Ozone is a collection of software mastering tools. While it was originally devised as a way for home recordists to achieve commercial-sounding recordings, over time Ozone has developed into a staple for professional mastering studios worldwide. 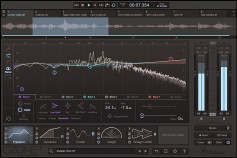 Now at version 7, Sweetwater said Ozone employs technology to deliver the sonic texture of vintage analog gear with the exacting control of analog-modeled DSP. An exhaustive preset bank makes it easy to adjust sound, regardless of genre or skill level.

Removing unwanted noise is also often left to the mastering engineer. iZotope has it’s RX suite for that. Often called the “photo editor of the audio world,” users can erase buzz, clicks and hiss with a single mouse gesture.

The Waves SSL 4000 Collection is not technically a mastering bundle, but is often used in mastering studios due to its G-Master Bus Compressor. Based on the hardware compressor of an SSL 4000 G console, Sweetwater said this compressor has long been a mastering engineer’s secret weapon for gluing mixes together.

“When you’ve got your tracks sounding right and they just need that extra bit of magic to tie them together, run them through this compressor plug-in,” the Sweetwater white paper said.

IK Multimedia’s T-RackS, released in 1999, was the first analog-modeled desktop mastering solution. An all-in-one approach to mastering, it benefited home-recording musicians, making it possible to add polish to tracks that were recorded under less than ideal circumstances. 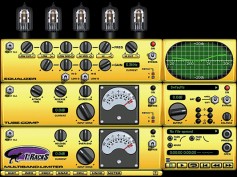 T-RackS Classic builds on the legacy of the original T-RackS software, offering comprehensive metering plus plug-in and standalone operating capability. Deluxe adds five more processors to the arsenal. Grand provides an additional 16 processors that can be used as individual plug-ins, as well as a useful metering suite.

IK Multimedia’s Lurssen Mastering Console emulates the entire mastering processing chain employed by the top mastering engineers, Gavin Lurssen and Reuben Cohen. This mastering tool delivers realistic emulations of tube and solid-state equalizers, limiters, de-essers and compressors. Users can choose from 25 mastering templates created by Lurssen and Cohen using the same workflow as they do in their mastering studio.

If there’s one tool a mastering engineer can’t live without, it’s a brickwall limiter. McDSP’s ML4000 is actually two dynamics processors in one – the ML1 mastering limiter and the ML4 multiband gate, expander and compressor. Many professional mastering houses have used these dynamics engines to provide the power and control to pump up stems and final mixes, giving them that vital “finished” sound.

Sonnox’s Oxford Inflator and Oxford Limiter has been cornerstones of mastering for years. They have a unique way of making everything run through them sound louder and more vibrant.

The Oxford Inflator provides an increase in apparent loudness without an obvious loss of quality or reduction of dynamic range, while the Oxford Limiter has won over many a “golden ear” who previously maintained that he or she could “hear digital.”

Finally, FabFilter’s Mastering Bundle is popular in the pro mastering community. It features FabFilter’s Pro-Q, Pro-MB, Pro-L and Pro-C — all of which can be found at the facilities of top mastering engineers. What makes these plug-ins essential is they play well both with each other and with the other plug-ins being used.

The popular plug-ins cited here are just the tip of the iceberg. A plug-in that’s indispensable to one engineer might not be to another. That’s why each sound producer must find what works for them to develop their own unique sonic signature. There is no one “best” way to finish audio. These tools are simply starting points.

The important thing is not to ignore your sound after editing. Even the simplest mastering process can make your audio better. Experiment and find what mastering process works for you. It can result in a dramatic improvement in any audio for distribution.