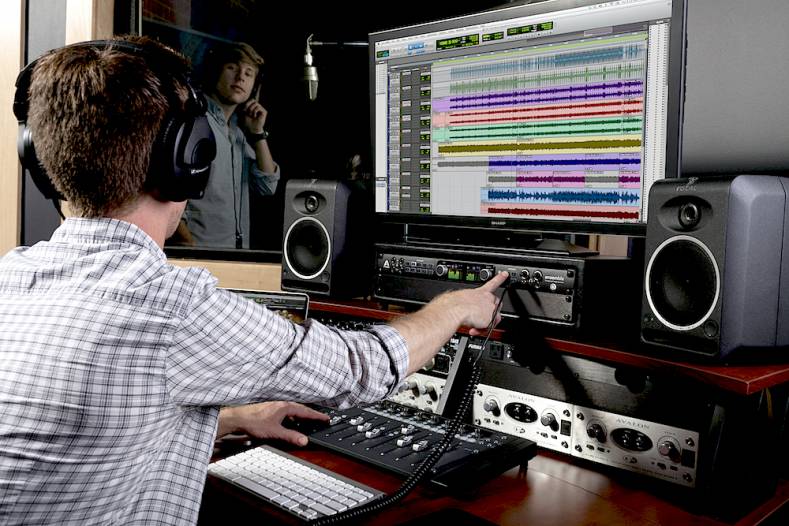 For a category of devices that didn’t even exist only a few years ago, recording interfaces are now the centerpiece of most small studios in homes, offices and on location. Most people using them make their purchase based on the number of inputs needed and the lowest price — often without fully understanding the range of choices available.

Recording interfaces: plenty of options, most of them good.

Basically, most small recording interfaces have two key functions. First, they feature microphone preamps to boost signal levels and, second, they convert those analog signals to digital for a personal computer. Many add other features and software, but the two main functions are always present.

The quality of the components used, the circuitry and how the audio is processed determines the cost of the interface.

Recording interfaces may handle one to eight or more microphones. Each XLR microphone connects to its own preamp, which takes the very low voltage from the mic and boosts it to line level. Of course, there is a big difference in the quality of microphone preamps.

Some preamps are neutral, while others will color a signal. The design of the mic preamp is a major factor in determining the cost of the unit. Companies like Focusrite, Audient, Apogee, Universal Audio and RME make interfaces that highlight the reputations of their line of preamps. No-name interfaces, without the pedigree, cost less for a good reason.

Most good mic preamps are transparent, while low-quality preamps add hiss to the audio. Reverb, the online audio community, has a suggestion for how to determine the quality of mic preamps.

Crank up the preamp (to around 50db or 60db, if there are decibel markings to go by) and listen to what the connected microphone is picking up. If hiss is heard, it’s not a great preamp. If fine detail is heard from the ambient noise, such as air conditioning, a refrigerator or a car honking down the street, the preamp is good. It’s that simple.

In a not-so-great preamp, hiss will make it difficult to identify and address unwanted sounds in the recording space, while also lowering the clarity of whatever sound is put through the system.

If the preamp is determined to be poor, the user can switch to an outboard preamp to bypass the bad preamp in the interface. The line level output can go directly to the A/D converter in the interface. But, be careful — sometimes there is a “gotcha.” 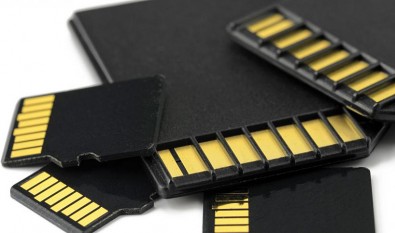 Many smaller recording interfaces take line level signals from outside sources, but still pass them through the mic preamp. If this happens, it means the audio is being processed twice, adding noise and whatever artifacts you were trying to avoid in the first place. So it defeats the purpose of having the outboard preamp.

Be sure your interface can handle isolated outboard line level signals without passing them through the mic preamp. Otherwise, you are stuck with using the preamp in the interface for your recording.

Also, it’s a minor point, but make sure your interface supplies 48-volt phantom power for microphones. Also look for a pad switch that can be used to turn the preamp down if the incoming signal is too hot.

Normally, the loudest sound in your recording should reach no higher than about -10db on the recording software’s meter. If the meter turns red, it means you’re distorting the signal. That’s when the pad is needed.

The second major function of the recording interface is the analog-to-digital (A/D) converter. It’s here that the microphone’s boosted signal comes after leaving the preamp. The convertor changes the signal from electrical to the one and zeros that can processed by the computer.

This is also where sample rates and bit depth come in. The converter in the interface will measure the voltage it receives from the mic preamp many times each second. The higher this sample rate, the more accurate the reproduction of the sound. A sample rate of 96,000 times each second is a good rate.

The computer also needs to have the audio quantized. This is called bit depth, the number of bits of information in each sample. A figure of 24 bits per second is commonly used by most converters.

So if the sampling rates and bit depth are correct, how does one judge the quality of an A/D Converter? Listen is the simple answer. 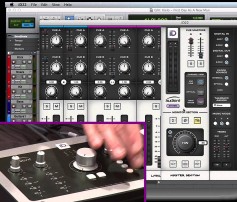 Black Lion Audio, a Chicago-based boutique pro audio manufacturer, said the quality of design and the components in an A/D converter play major roles in the overall quality of conversion from analog to digital.

According to Black Lion, the best way to test the quality of an A/D converter is an old-fashioned listening shootout. They suggest comparing and contrasting multiple converters through the same monitoring system to get an answer.

In a most recording interfaces, the D/A converter — the reverse process — will send audio from the computer out through a headphone jack or monitor outputs. If you don’t like what you hear either way, there is always the choice of a dedicated high-end standalone converter. Of course, the cost goes up.

The quality of recording interfaces can make a huge difference in small recording set-ups. Make sure the one you purchase performs as well as your budget allows.