Slow motion was originally a staple of motion picture production. It was a simple process — each film frame was captured at a speed much faster than it was played back. When replayed at the normal speed of 24 frames per second, time appeared to be moving more slowly.

Movie cameras were hand cranked at faster speeds to create the slow motion effect. The technique was called “over-cranking.”

From the earliest days of broadcast television, slow motion found a home with televised sports because it could show detail. The technology was first used for television during the broadcast of the European Heavyweight Title in 1939, when Max Schmeling knocked out Adolf Heuser in 71 seconds.

But that event was on film, long before videotape was invented in 1956. Today, slow motion reviews and instant replays are a key part of television sports broadcasts. True broadcast slow motion came of age for television in the early 1970s, largely due to the work of one man — Julius Barnathan, the late president of broadcast operations and engineering at ABC.

During his 16-year tenure at ABC, Barnathan fathered the reinvention of television sports technology. He introduced the use of hand-held and miniature cameras at sporting events. He adapted slow-motion technology to color cameras and had ABC put up the first $1 million to develop it. He also pioneered the broadcast use of animated graphics and the split screen, and he introduced the small inset pictures behind on-camera anchors.

In March 1967, at Barnathan’s request and with ABC’s investment, Ampex introduced the HS-100 video disc recorder. It was first demonstrated on-the-air that month when ABC’s Wide World of Sports televised the World Series of Skiing from Vail, Colorado.

The video was recorded on an analog magnetic disc. The disc weighed five pounds and could record only 30 seconds of NTSC video. But it was a great success. The video could be played back in slow motion and the action could be stopped to a freeze frame.

In 1992, as Barnathan was about to retire at ABC, this reporter interviewed him. Though he was credited with some of the greatest technical innovations in recent television history (including closed captioning), Barnathan was not an engineer.

“I could see the forest for the trees,” Barnathan said, proud of the fact he was not a trained engineer. “I didn’t let the fact that something hadn’t been done before bother me. I didn’t know how electrons work and could care less.”

“When I got into this job, I asked Roone what he needed most. He said a good handheld color camera and color slow motion technology. So we made a deal with Ampex to develop a slow motion machine...it started in February, 1966. We wanted delivery of a prototype in early 1967 and we wanted to be able use it in 1968 for the Winter Games.”

Barnathan got his slow motion machine on time. The handheld color camera ABC wanted was manufactured by Ikegami. It became the legendary HL-77, one of the breakthrough standalone ENG cameras in the mid-1970s.

Since the 1970s, slow motion for video has developed on a fast track. Today, it can be attained in a variety of ways. The price of high-quality slow motion technology keeps falling — so fast that new products were introduced within hours of when this article was written.

On the high-end, most cinema cameras can now easily do slow motion. One of the first to do so was the Panasonic Varicam. This series of cameras were designed to imitate the look and feel of motion picture cameras and have been used for many feature films and television productions through the years. 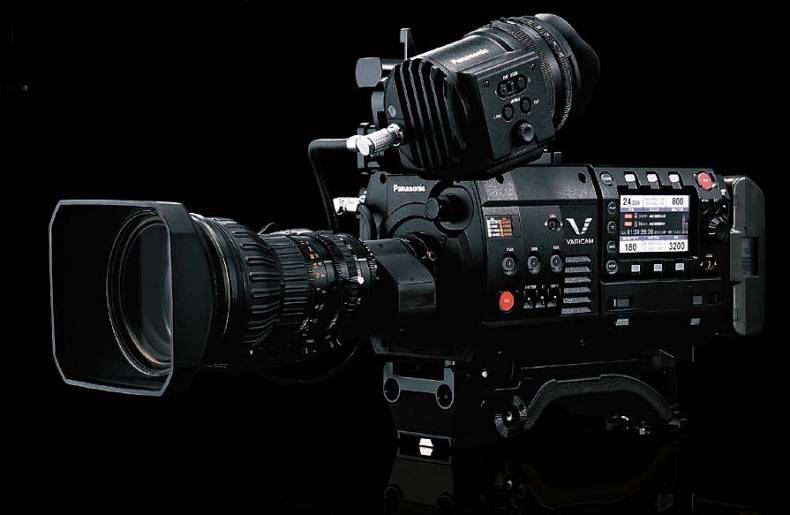 Panasonic Varicam HS, various models record from one to 240fps.

For live sports trucks, a combination of dedicated controllers and servers are widely used for slow motion. For example, the sports division of EVS Broadcast sells long-proven slow motion devices like the Multicam (LSM) system. 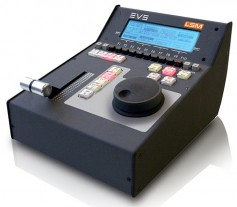 The Multicam LSM is scalable and adaptable, and can integrate into any live production workflow. From acquisition to editing, playout and archiving, it has features like timeline editing, playlist conversion, effects transitions, four point edit, split elements, insert and overwrite modes.

Developed in collaboration with strategic partner EditShare, the Broadcast Pix ReVue is available in two and four-channel configurations. ReVue features SDI connectivity and up to eight tracks of audio.

Broadcast Pix offers Revue, a new HD slow motion replay system also designed for sports. It can deliver multiple angle replays with variable speeds, and works with a multi-source dual or quad HD server and control surfaces. It features SDI connectivity with optional 1080p recording and playback. The system can handle up to 16 terabytes of storage.

In the past five years, slow motion technology has dramatically improved and expanded to the low-cost sector. In September, 2014, Apple introduced its new iPhone 6 series, which added video camera features like the option to capture 1080p HD at 60 fps, 240-fps slow motion and time-lapse video.

Continuous autofocus provides consistent focus as users capture footage with the iPhone 6. With one model, cinematic video stabilization keeps shots rock steady, even when the shooter is shaky. The video on iPhones is already being used for broadcast news applications and the new models elevate the scales for higher-quality amateur broadcast news footage.

The HERO4 Black packs a lot of features in a $500 package.

Users can unlock manual control of color, ISO limit and exposure for both stills and video. The new camera is waterproof to 131-feet and can shoot 12 megapixel stills at 30 frames per second. The prices range from $129.00 to $499.00. The cameras can work mounted on just about anything — including the human body, automobiles, musical instruments and airborne drones. The image quality is astounding.

Today, slow motion and time lapse capability has come to dozens of camera types and systems, including a wide range of smart phones that are good enough for use in broadcast environments.

What Julie Barnathan started at ABC in the 1970s, has now come to the masses.