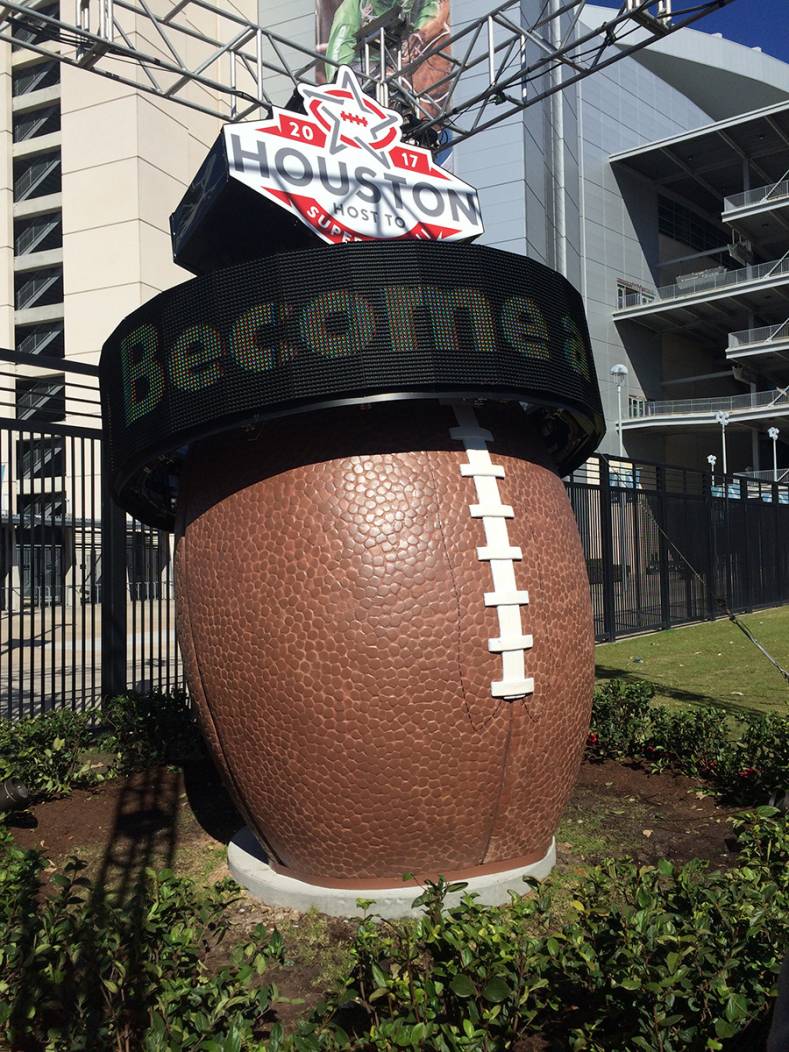 It is a mark of how fast live streaming has evolved that latency rather than buffering was the main concern over quality of online viewing for Super Bowl 2017. This applies equally to fixed line access via Fox Sports or over smartphones where Verizon Wireless holds exclusive rights (which we cover in a separate story). That was also the case for many overseas broadcasters with rights to the event, such as the BBC in the UK or Televisa in Mexico.

As live streaming moves from the periphery to the mainstream of video consumption the latency challenge has become more urgent. It is still common for live streams to lag 30 seconds behind the actual event and sometimes a minute or more, compared with an average of about 8 seconds for satellite TV and even a touch less for cable. This matters in the case of live sports even for people whose viewing is not spoiled by hearing neighbors celebrating events seconds before they show up on their screen. For something as major as the Super Bowl even the thought of lagging behind is disturbing for many people for the same reason that watching recorded highlights is never the same even when the result is not known.

This year was sure to smash last year’s streaming totals when CBS rather than Fox had the rights, which amounted to an average of 1.4 million viewers per minute and 3.96 million unique views across all devices over the duration of the event including pre-and post-game preambles. That compared with 2.5 million unique views and 800,000 average viewers per minute in 2015 and 528,000 in 2014. This year we expected 2 million to be breached, which is still small compared with the projected 110 million for broadcast TV in the US alone, but still means a lot of people relied on it for primary viewing of the crown jewel of the American sporting calendar.

There was plenty of evidence last year of fast rising expectations over streaming quality for the Super Bowl, reflecting how people are increasingly relying on streaming for primary viewing, either because they cannot be in front of their primary TV set or because they have no subscription to a pay TV service. Again, this year’s Super Bowl live online streams were free, accessible without authentication through a pay TV service or otherwise, with the hope that ads would generate the revenues. Fox Sports included local ads dynamically inserted according to where a viewer was watching the NFL’s contest. This is new ground for Fox but NBC Sports did the same in 2015 by inserting local ads into the online stream across the US, although on that occasion with various complaints over pixilation and other artefacts. Fox hoped that this year problems will be confined to latency.

There has been little study of how overall live streaming delay affects audience perception or behavior, but there is plenty of evidence that buffering at the start and especially during the session turns viewers off rapidly. For example, performance technology firm IneoQuest conducted a study in 2016 finding that over 50% of consumers had experienced Buffer Rage. Almost half of responders said that they would wait at most 10 seconds before clicking out of a buffering video and nearly 40% of those would never attempt to re-watch the video.

Jeff Gerttula, SVP and general manager of CBS Interactive, insists that live streaming is additive and does not detract from broadcast viewing of sports events.

Since significant transmission delays are often associated with buffering, in practice the former is likely to have a major impact on user experience as well, promoting turn off and even churn. There is also the impact of the event itself to be taken into account, given that popular live events like the Super Bowl generate huge amounts of traffic that can increase delay. For its part CBS last year worked with partners such as Level 3 and Akamai to minimize the impact of delay and provide the scale to absorb the extra traffic.

This year Fox was coy about its infrastructure partners amid evidence that continued network build-out by CDN providers and Telcos is keeping abreast of streaming traffic growth and ensuring that major live events do not cause spikes in latency or buffering. Indeed, irrespective of whether many people did boycott traditional TV broadcasts of President Trump’s inauguration, it is beyond doubt it set new records for streaming. According to Akamai, it was the largest single live news event the company has ever delivered, with live video streaming of the inauguration peaking at 8.7 Tbps early in the speech, comfortably beating the 7.5 Tbps set during Election Day coverage on the evening of November 8th, 2016. To set historical perspective, the 2016 Euro soccer tournament final peaked at 7.3 Tbps, while much earlier the heavily viewed UK Royal Wedding in 2011 hit 1.3 Tbps.

While there is now broad agreement that OTT can match broadcast quality pictures there is still debate over whether it can bring latency down to the same level of around 8 seconds. One video technology firm convinced it can be is Sweden’s Net Insight, which has claimed that its platform called Sye achieves this in most cases. For OTT services end to end delay is caused by three components, the process of segmentation into individual chunks at the network edge, retransmission of IP packets for resilience, and transmission time.

There is little that Net Insight or any technology vendor can do about network transit, which is largely a function of the laws of physics, but it can bear down on the other two. The biggest achievement lies in taking out the segmentation delay at the network ingress altogether, by avoiding use of segments completely. Net Insight still creates multiple ABR streams each at different bit rates as before, but enables clients to switch between them on the fly without having to wait for a segment to end. The ABR (Adaptive Bit Rate) levels are based not on segments, but on streams, so Sye can seamlessly change between them without having to have segmented streams.

This still leaves a delay resulting from transcoding to create the ABR streams, but the large segmentation delay is avoided. Net Insight reckons on a 3 to 5 second delay over the Internet, plus a transcoding delay of 1-4 seconds, coming to around 8 in total. This method also enables rapid adjustment to variations in network bandwidth, since streams can be switched almost instantaneously without need to wait for a segment to end.

The company admits that there is a tradeoff between resilience and latency which becomes tighter with greater geographical distance. Yet while it may be too early to say that the streaming latency issue has been solved, at least Net Insight has shown that it is not an intractable problem and identified how significant reductions in delay can be made. It could then be that even latency will not be such an issue for the Super Bowl 2018 next year.