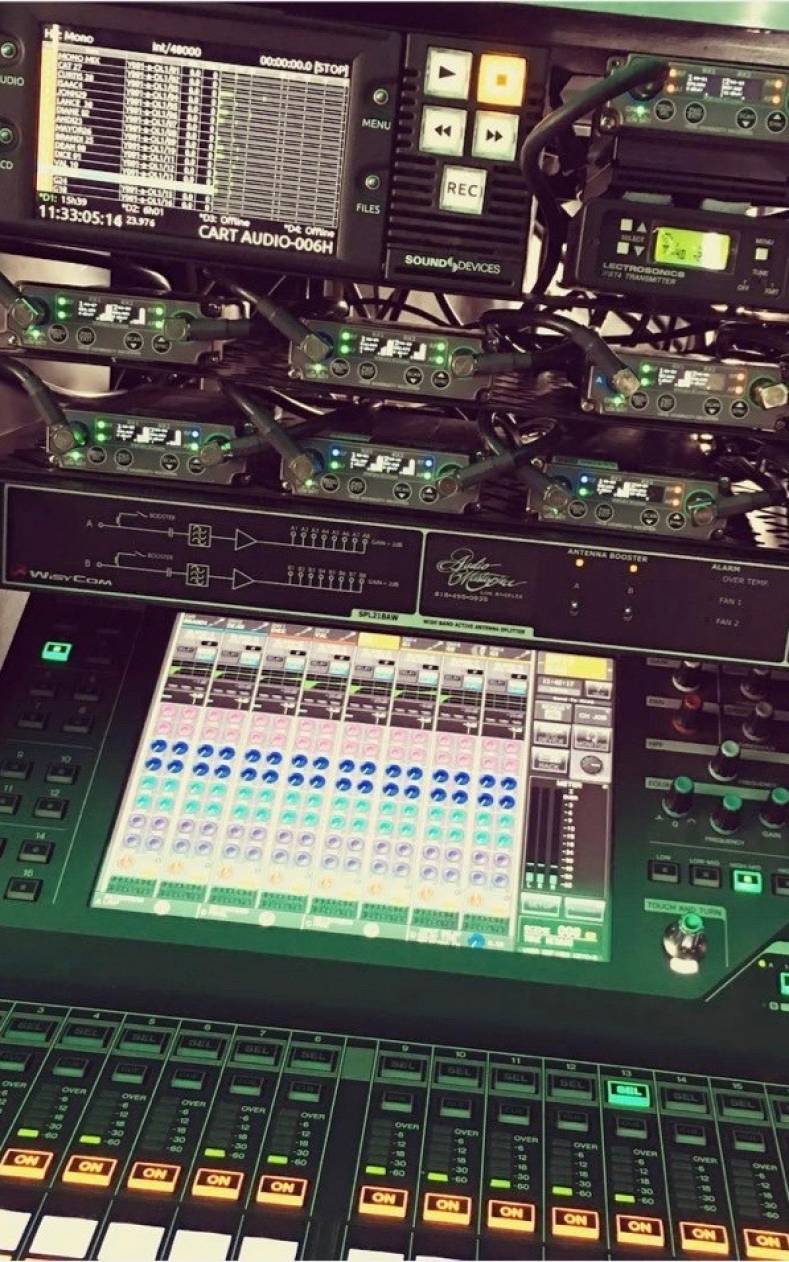 Reality cookery show My Kitchen Rules finally hits the US on 12 January, with five celebrity couples showing off their culinary skills to each other and two professional chef judges. Because the action takes place in the contestants’ homes, the production teams had to build facilities on site and use wireless microphone technology from WisyCom to capture both what was being said and the sound of cooking and food preparation.

My Kitchen Rules (MKR) was first broadcast in 2010 in Australia, where it is broadcast on the Seven Network. The original show features 'ordinary' couples, who have to turn their homes into a restaurant for one night. The format has also appeared on Sky in the UK and was bought for US production in 2012. After four years MKR has been picked up by the Fox network and is being produced by 7Beyond.

With multiple participants the pressure is on the sound supervisor to ensure everyone can be heard clearly. That responsibility has fallen to Daniel S McCoy, who owns and runs ToneMesa Inc and has worked on a variety of productions, including Dancing with the Stars on BBC Worldwide, NBC's I Can Do That and Social Fabric for Red Bull Media House. McCoy realised that not only did he need a full audio transmission set-up at each location, he also required a comprehensive control room.

To help with both McCoy brought in Gary Vahling, president of rental and system design company Audio Masterpiece. The firm is also an authorised WisyCom distributor and has worked with McCoy on several projects since being founded in 2013 but this is the first time it has provided the sound supervisor with integration assistance.

"I've been using Gary's expertise for many years in the rental business [Vahling has worked with a number of hire operations since the late 1990s] but this is the first time I've used his services in the design business to help me build the ultimate RF cart for this job," explains McCoy. "We had a few weeks to design and he was able to help me coordinate all the necessary frequencies in the ideal groups for all the ZIP codes we were hitting." 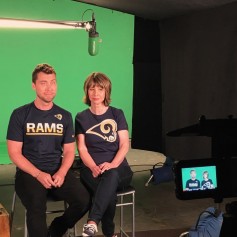 The result of this collaboration was the Tone Cart V2. This is able to receive more than 18 WisyCom channels simultaneously, using the Dante network system for routing. Dante signals are sent to Aviom personal mixing systems, which are used by the production team to monitor individual feeds from selected contestants.

A complete control room was built in the garage of each participating house for both the producers and the production equipment necessary to run eight cameras and the radio microphone set-up. "The gear had to be super-robust, reliable and accommodate a wide range of frequencies," comments McCoy. "That is why we used WisyCom, as it enabled us to have up to 40 different channels that were usable at any given time all over Los Angeles. These include the Malibu Mountains, the Hills, Downtown LA and the Valley, which are all very dense places with a ton of RF."

Feeds were mixed on a Yamaha QL1 digital console, which has Dante routing capability. "The console enabled me to take 16 discrete AES3 inputs from eight WisyCom MCR42S2s, which allowed 140dB of output dynamic range for the receiver," says Gary Vahling. "Using the transmitters 30dB above peak, limiters allowed us to cover the talents' voices from a whisper to explosion noise levels with no clipping. We had a very high dynamic range to work with."

Vahling adds that by using DPA 4061 d:screet lavalier mics he was able to capture the sounds of the actual cooking process: "The lavaliers gave me incredible audio on all the cooking implements. The chopping, sizzling, steaming and food processors - all this came directly off the mics and sounded incredible."

Two receive zones were created for each specific site using a WisyCom SPL218 antenna combiner together with a CSA221 passive diversity splitter. This gave McCoy two pairs of antennas; one pair of LNNA wideband units and one of AGN00 omni-directional ground plane devices, both working with BAA amplifiers.

Monitoring and communications is a critical element of any broadcast installation and for MKR Vahling and McCoy employed a new IFB (interruptible foldback) system using WisyCom's latest in-ear monitoring (IEM) diversity receiver. "The MPR50-IEM allows you to scan all kinds of groups already pre-programmed into your receivers and you can use it as a monitoring device to check mic placements," Vahling explains. "At times we would have up to 18 talent mics and we'd need to send an audio assistant [known in the business as an A2] miles down the road to the talents' trailer. As they're going through hair and makeup the A2 would place the body-worn mic and use the IFB to tune to the mic channel for that person and listen to the microphone. When the talent showed up on set, they were ready to go."

McCoy pays tribute to Vahling's knowledge of not only the hardware and firmware involved in this production but also the RF technology and software programs used. "This project was a massive undertaking that came together thanks to the hard work of Gary's team, the equipment we used and my crew of Peter Ølsted, Adam P Lawrence, Ernie Munoz, Gary Tomaro and Matt Brodnick," he concludes.