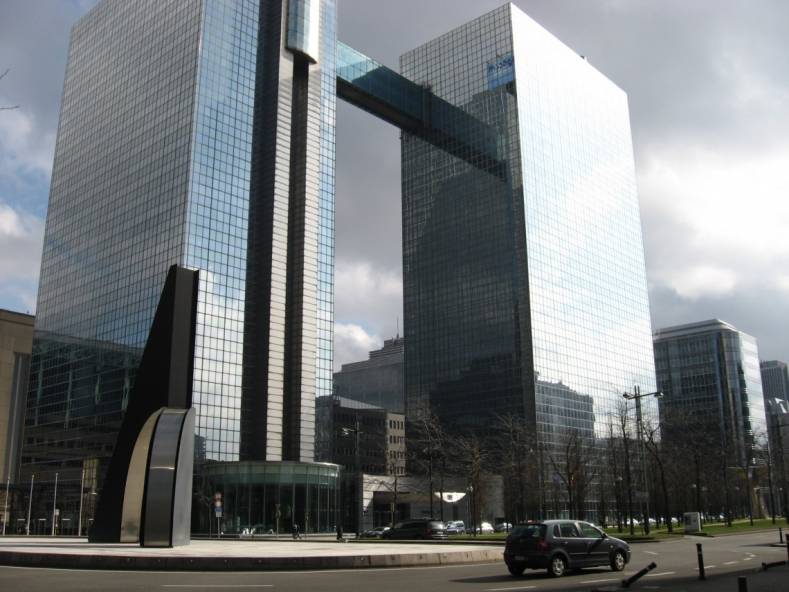 Bonding between fixed and mobile networks has emerged as the latest attempt to bring remote areas up to speed for Internet access and relieve “broadband deserts”.

Bonding has long been employed within fixed line DSL networks to combine the bandwidths of two or more copper pairs for a single household and so increase bit rates. But DSL bonding over longer distances can require expensive infrastructure upgrades and is often not feasible for remote homes or businesses, tending to be deployed more for getting super broadband speeds to premises closer to an ISP (Internet Service Provider), CO (Central Office) or street cabinets, where the terminating DSLAM resides.

A more recent development is to combine circuits from different networks, especially fixed and cellular. At the recent Broadband World Forum (BBWF) 2016 in London a fledgling Belgian firm called Tessares was attracting interest from major Telcos in a package that combines fixed line DSL with cellular 3G or 4G/LTE connectivity. The idea is that many remote homes have a 4G/LTE mobile service now offering significant data bandwidth, often from the same provider as their fixed copper broadband line delivering DSL access. Combining the two can increase total bandwidth when it is needed say for watching premium video, while also providing some resilience against failure of either of the links.

This has not been deployed much until now because efficient and reliable bonding between fixed and mobile networks is technically challenging. The two have very different characteristics, with bandwidth available over DSL networks decreasing progressively as distance from the nearest DSLAM increases, but with performance then almost totally predictable for a given copper loop length. Over cellular networks on the other hand available bit rate varies not just with location within a cell but also by time of day, being susceptible to varying atmospheric conditions and especially to the number of simultaneous users within that cell.

So while there are plenty of long proven approaches for combining circuits of the same access type, new methods were needed for bonding different types. A few have been available for a while such as IP Flow Mobility and multiple-access PDN connectivity, which are both 3GPP standards, but these have failed to gain ground with cellular operators because significant effort would be required to deploy them on mobile devices, for various reasons.

This left two main options, GRE (Generic Routing Encapsulation) Tunnel Bonding and Multipath TCP (MPTCP). GRE Tunnel Bonding makes use of routing encapsulation to create paths through IP based networks, in this case a DSL fixed network and 4G/LTE cellular network. Once created, these two circuits or “tunnels” are bonded to yield a single higher speed connection. The bonding uses techniques specified in the standard, which has just been submitted to the IETF as an Internet draft and has already been deployed by Deutsche Telekom using GRE Tunnel Bonding equipment from Huawei.

Denis Périquet, Co-Founder & CEO of Tessares, is pitching mobile/DSL bonding at Telcos offering both fixed and cellular services over the same footprint.

However the other approach, MPTCP, is already an IETF standard and has been preferred by Tessares partly because in its tests it performs better when bonding two networks with radically different performance characteristics, like DSL and cellular. “MPTCP gives us an advantage because it can aggregate stable and unstable networks,” said Denis Périquet, Co-Founder & CEO of Tessares. “MPTCP seems more tolerant of varying conditions than GRE tunnelling.”

Also promoted by Ericsson, MPTCP is a direct evolution of TCP, which is widely deployed over IP networks for end to end transport, enabling error correction through packet retransmission for many services including premium video. Being based on TCP virtually guarantees MPTCP will interoperate out of the box with equipment from different vendors.

This also means the Tessares solution can in principle bond any combination of IP based circuits, irrespective of the underlying access technology, which could be DSL, Ethernet or LTE for example. For now Tessares is focusing just on DSL/cellular hybrids and for this reason is targeting those operators offering both to the same households. Having the same operator for both fixed and mobile simplifies the logistics and commercial arrangements. This means the Tessares solution is of interest to the likes of BT in the UK, now that it owns EE, or AT&T in the US. In fact Tessares’ first customer is Belgian Telco Proximus, formerly Belgacom, which is both the country’s largest Telco and mobile operator.

Proximus, which is also a first round investor in Tessares, has deployed the bonding by upgrading its existing DSL gateways, supplied either by Sagemcom or Technicolor, with the agent software, this being the fastest route to market. The alternative is to implement the bonding agent on the mobile side so that the MTCP processing takes place on a new LTE box with then just a lightweight piece of software being added to the legacy DSL box. In that case the bonding process would be initiated by the DSL box and then traffic would be redirected to the LTE box for the bonding process before being handed back to the DSL box. This would ideally require the two to be connected via an Ethernet cable rather than Wi-Fi, for sufficient performance and resiliency.

At the Telco data centre end, the Tessares Hybrid Access Gateway (HAG) is deployed to unpack the bonded IP data stream. A key point is that neither the end user devices, such as smartphones, tablets or laptops, nor the access networks themselves, both fixed and cellular, nor the Internet servers, need to be modified.

Another key point for this use case is that the LTE network is the overflow and tends to be only invoked when the extra capacity is needed, which of course is more likely for subscribers in rural areas up to several miles (Kms) from the nearest DSLAM. Tessares offers software called Path Manager to control how the data load is distributed across the different access networks, with the objective to fill up the DSL network first and only then overflow to LTE, which is often more susceptible to congestion.

Tessares is also looking at another use case, for delivering premium HD video services over the Internet. “This is aimed at operators who would like to sell their IPTV service but would then not have space for anything else,” said Périquet. “Then anyone else in the house who wants bandwidth is routed to LTE. Because IPTV is multicast it can’t be bonded anyway.” In that case IPTV traffic would be given priority over the DSL network, while the LTE data service would be reserved for the remaining Internet traffic, such as general browsing and email.