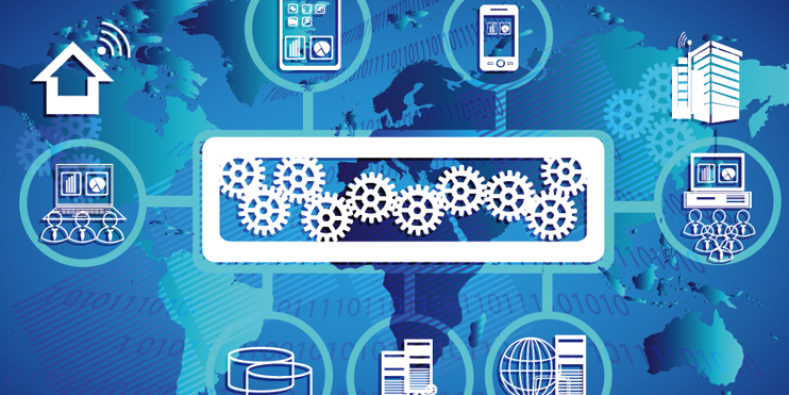 The compression of high-quality video has traditionally been a compute-intensive operation requiring dedicated hardware. But the steady progression in computational power of commercial-off-the-shelf (COTS) equipment has enabled the gradual transition of some video processing operations to software-based environments. A software-based approach can offer significant flexibility and agility improvements over purpose-built hardware, but at a potential cost to video quality or density.

Modern video delivery systems rely on some form of compression, whether it’s a traditional broadcast TV, cable service to a set-top box, or a streaming service that terminates on a gaming console, smartphone, or tablet device. Though several compression types have preceded it, MPEG is one of the most widely used compression standards. This compression type has predominantly required hardware encoding, but high-quality software-based solutions have become more prevalent due to the steady increase of computational capabilities in general purpose compute platforms.

Another influential factor in determining when to utilize hardware-assisted or software-based compression is recent shifts in the way video content is distributed and consumed. Media companies are now confronted by the need to produce more content than ever before and to distribute it to an ever-growing diversity of receiving devices. These demands require media companies to support a growing assortment of protocols, formats, and resolutions, which can require frequent upgrades and code revisions.

Dedicated hardware encoding has, in general, been regarded as the better option for high video quality compression platforms because these encoders use processors that are specifically designed for the job at hand — they only process the algorithms required.

Advances in compression technologies, such as H.264 and HEVC (High-Efficiency Video Coding), have enabled the delivery of more and higher-quality services over existing infrastructures like terrestrial, satellite and cable. (H.264 delivers the same quality as MPEG-2 at approximately half the bandwidth. HEVC is roughly twice as efficient as H.264).

While dedicated ASICs tend to be lower cost for the performance they provide and require less power – two key components in the selection process for any encoding solution – a significant disadvantage is the lack of flexibility, and the fact that many key functions cannot be re-programmed. Every time a new codec is introduced, new hardware is needed. An alternative solution for hardware encoding is an FPGA-based encoder, which provides the flexibility of being reprogrammable and has a faster time to market. One key drawback, however, is their lower level of density and a greater cost tradeoff when compared to an ASIC-only implementation – not just in expense but in power consumption.

Hardware-based encoding often has higher upfront costs but lower running costs, such as maintenance and power consumption, than a service based software approach. The costs for a software-based approach, however, depend on whether the encoder is local or virtualized in the cloud. Outside of a cloud model, the upfront costs can be comparable to hardware only– in order to purchase the servers needed – as well as ongoing operational costs. A cloud model offers low initial costs but higher operating costs.

One easy way to do the expense analysis is to think about it as an OPEX versus an on-premise hardware model. In the on-premise model, you have to buy a certain number of encoders upfront whether you use them or not, which increases upfront costs. A service provider offers the same equipment at a fraction of the cost upfront, but over a few years, you might end up paying more due to higher running costs.

The main difference between hardware and software encoding is that software encoding uses standard commercial-off-the-shelf (COTS) server platforms that are widely available through major IT providers – such as Hewlett Packard Enterprise and Microsoft – and can simultaneously process a multitude of computations.

Software-based encoders have historically been regarded as not delivering the same quality as hardware encoders in real time. But those deficiencies are disappearing. Video quality deficiencies in the past were not due to the software itself, but to the compute and processing power in the servers, which did not meet the needs for real-time performance. The processing power in IT servers is rising dramatically, meaning software can do more and more in real-time that couldn’t be done in the past. We are now reaching a point where software is becoming cost effective and is meeting the required level of channels and quality and performance targets that service providers need.

Combining software and hardware compression solutions in a hybrid approach often provides media professionals with the ability to customize a compression strategy that most efficiently balances video quality, flexibility and costs. A hybrid approach, for example, may rely on ASICs-based hardware to manage the complexities of encoding and software to manage other requirements, including TS (transport stream) processing or video analysis, removing the need for FPGAs. A hybrid solution often gives media companies the ability to provide denser solutions while at the same time, simplifying the process of adding new features — all while retaining video quality due to the advanced computational power of the hardware used. The hybrid approach allows for fast application of the right tools for a given requirement at any time.

While moving to software-based systems on standardized IT platforms allows for a more flexible and cost-effective approach for the distribution of content, the cost and operational disruption of a wholesale move to an all-IP environment is not feasible for most media companies. The move to an IP-based infrastructure, with rare exception, will be gradual.

Putting it all Together

Achieving a compression strategy that strikes the perfect balance between hardware and software depends on a number of variables (See Figure 2.)

In today’s dynamic market, a well-tuned compression strategy is a competitive imperative. The ability to flexibly and cost-efficiently repurpose existing content to OTT and ABR platforms can increase revenue and market share for both content owners and distributors. Achieving a balanced compression strategy depends on a number of factors, including technical and business requirements, as well as all-important budgetary considerations.

Whether to provide high-quality linear service over cable and satellite or to provide hundreds of thousands of services to multiple devices, means a comprehensive and optimized compression strategy has never been more important.