The introduction of the Digital Video Recorder (DVR,) pioneered by TiVo, provided consumers the ability to record and watch shows on demand. The technology has fueled the appetite for on-demand content, with DVR services now available in 50% of U.S. TV households.

As with any innovative technology introduction, the DVR has evolved and premises-based equipment is giving way to network-based implementations. So-called cloud DVR offerings from video service providers (VSPs) give subscribers the ability to record and play back linear television programs stored in the network head-end, or in “the cloud,” as opposed to home-based equipment with finite storage capacity and limited device reach.

Remote digital video recording services have brought tremendous benefits to video service providers and consumers alike. Consumers have greater control over how many shows to record at one time and on which devices to watch them. And service providers have a more lucrative, sticky service that’s easier to deploy and less costly to support than the home DVR. By aggregating the power and storage equipment needed to offer cloud-based services, VSPs can significantly improve costs in comparison to home-based DVR services.

Despite the benefits of cloud DVRs to service providers and their advantages over premises-based services, associated storage costs can be significant. In North America, the so-called “Cablevision” ruling requires that each user’s recorded programs be stored independently. That is, when multiple users record the same program, each recording must be independently stored. So, if one million users record the season finale of “Game of Thrones,” for example, the service provider has to make one million different unique copies of the episode. While there’s some ambiguity built into the ruling, leading to varying interpretations of what it means, the “one copy per customer” nature of it still requires some VSPs to invest in millions of dollars worth of storage.

Even when the Cablevision ruling does not apply, either because of local legal copyright rules (such as in England) or because of negotiated rights, long-term storage of so-called shared-copy DVR, in which multiple users’ recordings can be stored just one time, can also be significant. A shared-copy environment of 500 channels, for example, would require storing 20 Petabytes of data a year – not an insignificant number.

On top of all of this, delivering content to multiscreen devices – iPads, computers, tablets and phones of varying ages and operating systems – requires VSPs to deliver the same content in different formats. This increases storage requirements from four to six times, which radically drives up costs.

While the storage costs associated with cloud DVR are significant and dominate the total cost of deploying a service, the good news is that VSPs have multiple storage options. While standard hard drive disks (HDDs) are the go-to poster child of storage, solid-state drives (SSDs) offer roughly ten times the throughput at about ten times the cost, and tape storage is roughly one-tenth the cost of a standard hard drive disk with about one-tenth the throughput. By strategically moving assets between these storage types, VSPs can optimize overall storage costs, making their cloud DVR services more lucrative.

The following provides a summary of the characteristics of each storage type:

Hard drive disks (HDDs) are ideal for private or shared copy storage, and as a medium-term option between ingest and archive. Large deployments with many simultaneous copies of content being created need enough HDDs to have sufficient write throughput to create the individual copies. This is not a problem when subscriber library quotas are high, because the number of HDDs needed to support storage of all the users’ libraries means there are enough HDDs to support the write throughput of all the private copies. But when subscriber libraries have low quotas, the number of HDDs needed to support the private copy write throughput may be higher than the needed storage capacity, and the result is wasted storage space.

While tape storage is the cheapest per unit, its overall egress bandwidth is the slowest. This means that in order to achieve the throughput needed for content playback, more tape units are required, which drives overall costs up. Tape streaming costs, thus, are proportional to the probability that an asset on tape will be played. As a result, tape storage is ideal for long-term content that is unlikely to be played back.

When to archive content to tape storage can be decided by looking at real-world viewing statistics, which show that about half of recorded content is played back within 24 hours. Half of the remaining content is viewed in the next 24 hours, and so on. In the first three days, about 80% of recordings are watched. Using this model, VSPs can determine that the optimal time to migrate content to taped storage is after four days of sitting on a standard hard drive. 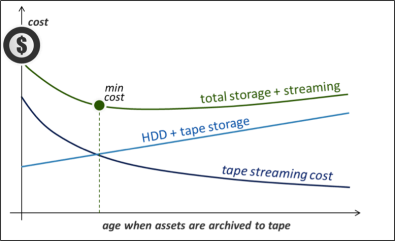 By carefully managing when to archive content to low cost tape storage, service providers can minimize overall storage costs by a factor of two. For example, with reasonable cost assumptions for storage, migrating content to taped storage after four days of sitting on a standard hard drive might cost a service provider about $30 per subscriber, whereas if taped storage is never used, it would cost about $60.

The final storage option is the use of solid state disks (SSD), which cost about 10 times more than HDDs but offer about 10 times the throughput. SSDs are ideal for very low user quotas. When quotas are very low, more hard drive disks are needed to support the private copy throughput than needed to store the aggregate capacity for all the users’ quotas. As a result, the high throughput offered by SSDs eliminates this inefficiency. It’s worth noting that low effective user quotas can also result from having a short term private copy lifetime with a subsequent archiving.

There is another ideal use-case for SSDs. When capturing input linear streams into files, large numbers of recorded channels can create a throughput bottleneck due to the high levels of data. Because SSDs can quickly ingest this data, they serve well as a temporary storage buffer before content is moved into an HDD or tape for longer-term storage. 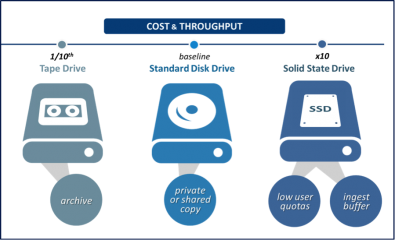 Consider the three major storage platforms, along with both initial and on-going costs. (click to enlarge).

While moving assets between storage types can lead to cost optimization, the application of additional technologies can help to reduce storage costs further.

Just-in-time packaging (JITP), for example, reduces storage by allowing VSPs to store a single version of content, which is converted to the adaptive bitrate (ABR) delivery format at the time it is requested for playback. JITP offers significant value when more than one ABR format is used in a deployment. With services that use just two formats, JITP reduces the storage requirement by a factor of two. Accordingly, JITP is cost effective for any private or shared copy cloud DVR deployments that utilize two or more delivery formats. But even when just one format is used, JITP can bring operational value via DRM integration, ability to evolve formats, or other services such as ad insertion. 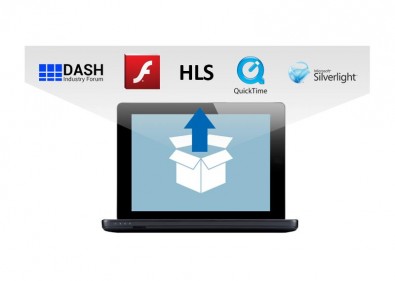 Just-in-time transcoding (JITT) is another processing technology that helps to reduce storage costs. VSPs using JITP benefit from allowing all but the top-quality bitrate of ABR content to be deleted from storage after a prescribed amount of time. In a JITT environment, all copies (called profiles) of content with lower bitrates and resolutions are re-created only when the content is played out. Similar to tape storage, JITT is subject to tradeoffs between the asset age for removing the lower bitrate profiles and the storage required to keep all the original profiles. Older assets will be less likely to need JITT, allowing concurrency to be reduced to make the overall cost of storage and JITT lower than pure storage.

While content is king, quality of experience has emerged as a legitimate challenger to the throne. For service providers looking to remain competitive in today’s consumer-driven video environment, cloud DVR services present an opportunity to elevate the viewing experience to new levels of personalization and control across all types of content and screens. And the investments pay off. Today, returns on cloud DVR services are typically as much as $10 per subscriber. 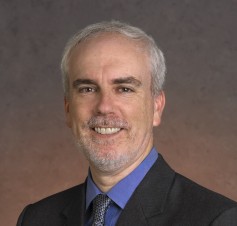 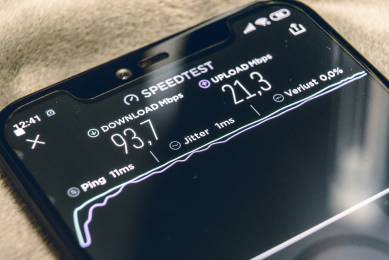 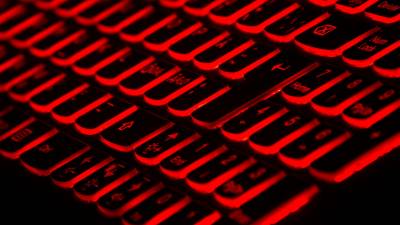 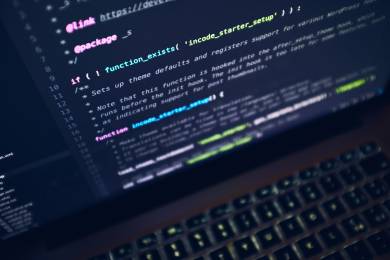 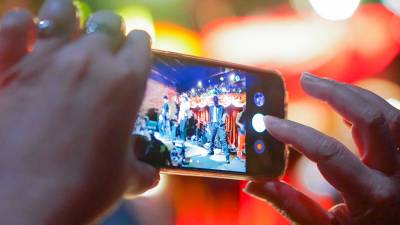 We all understand what it means when someone says a video went viral. It typically means a person used a mobile device to record an event and posted it to any number of social media websites. How does that have…