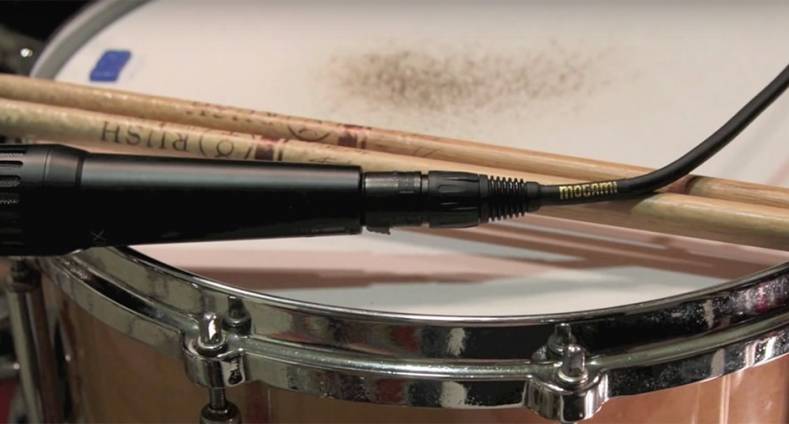 Since earliest days of professional audio, there has been a continuing argument about the quality of cables. Should users buy premium brands or very basic cable? What’s the real difference? Does audio sound better with premium cable? As with most everything these days, the answers vary widely. But there are clear answers. 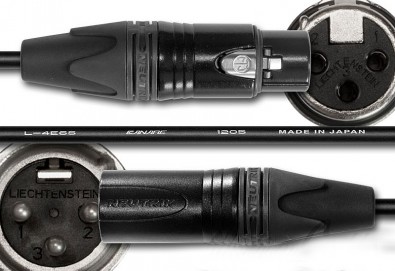 There are many types of cable available today, both for digital and analog devices. This information applies to most of them. However, for this article, we will focus on cable for analog microphones, a cable we all regularly use in our daily work.

Take, for example, a 25-foot XLR microphone cable, which can cost as little as $10 to over $100 each, depending on the brand. What is the real difference between these cables? Some will argue that if the cable passes a good signal, use it and pay as little as possible. Others say there is a big difference when a top quality cable is used. Rarely will both sides agree.

Still, top quality brands like Mogami, Canare, Belden and Gotham continue to sell high-end cables to audio professionals all over the world. There are some very real reasons, which users should consider when purchasing cable for either studio or location use.

In a studio environment, quad cables are considered the best. Mogami Cable, a division of Marshall Electronics in El Segundo, California, is the brand used in most of the world’s recording studios. The company’s story began decades ago when Mogami scientists began researching the causes of audible differences within signal cable.

At the time, most engineers thought all cable sounded the same. Mogami's approach was unique, but also controversial. The company invested years into researching low-loss signal transfer, the result of which lead to the development of Mogami Neglex, a series of cables that changed an entire pro audio industry.

Today, Mogami recommends its Gold Studio cable, which is designed to be neutral and reject noise at a recording studio level and in settings where the cables will be reasonably well cared for. 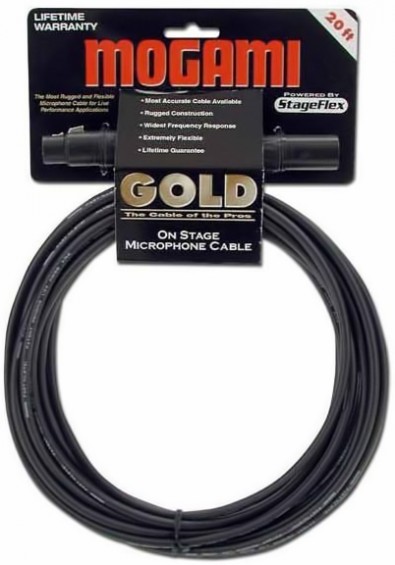 The company said typical studios, both large and small, are bombarded with RF (radio frequency), electrostatic and EMI (electromagnetic induction) noise from wireless devices, electrical dimmers and bad wiring practice like routing AC too close and parallel to signal wires.

Some of this noise can get past even the best shields. This tends to be even more of a problem in home studios. Quad (which are four-conductor cables) can cancel up to 15dB, or about 97 percent, more noise than even the best twisted pair (two-conductor) cables.

That is a huge difference, and why all Mogami balanced TRS and XLR cables are made with quad wiring. Nothing is quieter, the company said.

For on location use, Mogami recomends its Gold Stage cable, which designed and built to deliver extremely high fidelity while standing up to constant and sometimes rough handling dished out by broadcast and touring crews. Gold Stage stands up to the rigors of the road while rejecting noise from a stadium full of lights and cell phones.

Gotham Audio Cables, another high-end cable brand, was established in 1976. The goal of its audio cable is the same as Mogami: to minimize noise and interference. It seeks to provide worry-free transport of audio signals in today’s challenging electromagnetic environment.

Originally designed and manufactured in Switzerland, Gotham has gone through several iterations. Since 2005, it maintained an extensive inventory of high quality cable at its office and warehouse in Nazareth, Pennsylvania. Both Mogami and Gotham have expanded to a wide range of cable beyond audio.

Another factor in microphone cables are the connectors used. Premium connectors by Neutrik, Switchcraft or Amphenol are normally found on high-end cables, where cheaper cables will normally use no-name knockoffs or plastic molded connectors. Often, cables found in the three for $25 bin at music stores fail because of defective connectors.

Think not only reliability, but how easy it will be to repair the connector while working in the field. Top name connectors are easy to repair and were built to be that way. Cheaper molded connectors may not be so easy to take apart and resolder. 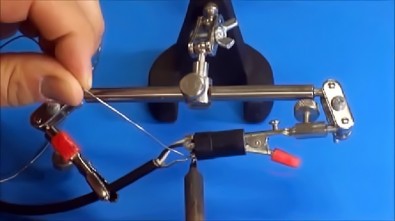 Repair of mic cables should be easy

The main difference in audio cables is normally not in what you hear, but in avoiding problems that come with the use of low-quality materials, poor construction, shoddy shielding and overall lack of durability. It is important to weigh these factors into your applications.

An inexpensive short mic cable that runs from a sound booth to an audio board and is left untouched for years may work just fine — if the RF environment is clean. However, when doing field recording at a range of remote locations and constantly re-coiling cables after each job, it is best to buy the highest-quality cables available and hope not to have problems.

Audio cable should not be purchased because of promoises that it will “sound better” or be “cleaner” to the ear. That is the province of snake-oil salesmen. Cable either works or it doesn’t. The quality of the investment is usually to keep things working reliably under the rigors of routine daily operations.