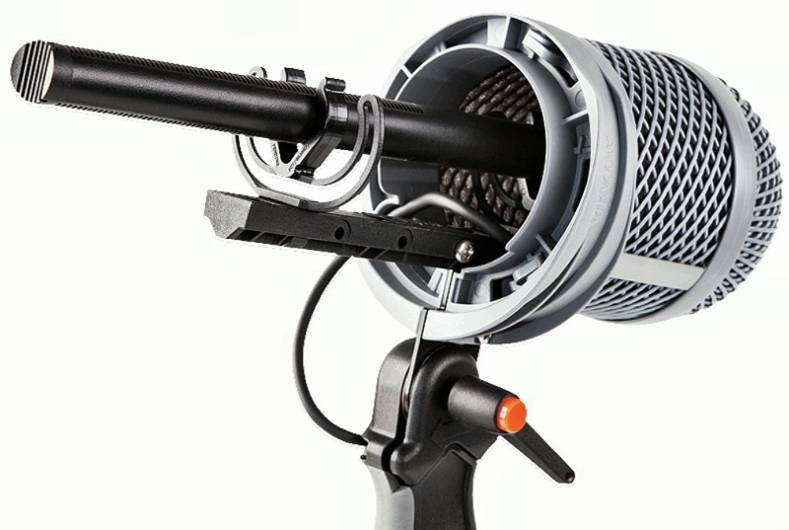 Shotgun microphones have long been the staples of live recording. In the 1970s and 80s, virtually all professional shotguns used for location sound were “true” condensers costing over $1,000. Now, a new breed of electret condenser shotguns have appeared. Many wonder, what are the differences and how much does it matter?

What has changed over time are dramatic improvements in technology. Thirty years ago, back electret technology — then brand new — was considered a second rate twin to the true condenser microphone. Since then, they have improved dramatically.

Today, electret designs are among the very best of all microphones, including those made by top manufacturers like DPA, AKG and Audio-Technica.

The difference between a traditional “true,” or capacitor mic, and an electret design is in the way the capsule is polarized. Any true condenser shotgun microphone needs to have an electrical charge applied to the capacitor, formed by a conductive diaphragm placed close to a fixed backplate. As the diaphragm gets closer to the backplate, the capacitance value increases. This variation in voltage produces the audio signal.

In electret designs, the charge is “pre-polarized” and fixed to the backplate, but it is still used with a conventional diaphragm. This avoids the need for an external polarizing voltage like the true condenser. A major benefit is back electrets can be powered from batteries — including rechargeable lithum-ion cells.

Those with long experience remember when electret microphones were very cheaply made and their high frequency performance and sensitivity was compromised. They got a bad reputation in the 70s and 80s. Many early electret models went dead after a few years, mainly because they lost their electric charge. That changed over time as manufacturing improved. It is still the case today that the electrical charge in an electret can diminish over time, but today it is very slight and rarely noticeable.

Today, top brand electret condensers, made by the best manufacturers, perform on a par with their true condenser brothers. They are now simply different ways of achieving the same goal. But this is where it gets confusing, since there is a huge range of electrets — costing as little as pennies.

Some manufacturers create lower-end electret models and higher-end true condenser models. Others concentrate on one type or the other. DPA makes just electrets, while Neumann makes just true condensers. Just buying any electret from anyone will not ensure quality. Like anything else, it is expensive to build a good microphone and electrets are no different.

The difference between good and bad electret designs lies in good engineering and manufacturing attention to detail. It matters in electret design how cleanly the the material for the polarized electret is made and how the capsule is designed. None of this comes cheap.

So why do most high-end sound professionals still use true condenser mics? Perhaps its because they are still considered the best models of most manufacturing lines. For example, it would be helpful to look at Rode’s microphone line-up, which produces both true and electret models.

Rode’s NTG3 true condenser, with a price of $699, is more expensive than its latest $360-priced NTG4+ electret shotgun with digital switches and rechargeable battery.

The NTG3 has only 13dB self noise, better than the company’s lower-priced electrets. The mic’s wider pickup makes it a bit less forgiving when a subject goes off-axis and it results in less accentuated low end when used close up. This is due to proximity effect.

Also, Rode’s lower-cost electret mics don’t do as well in sweltering humidity. The eletrets can have pops and crackles in wet environments. The NTG3 does not. This can cause problems in highly humid environments, like Florida or Latin America in the hot summer months. 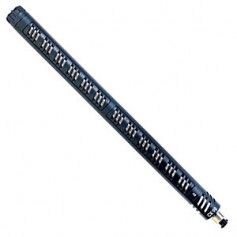 Today, as video is more democratized and broader in scope, electret shotguns mics are considered “ENG” grade devices for most videographers, including many professionals. Examples of popular electret condenser shotgun mics include the Sennheiser ME80 and K66, the Rode NTG4+, the AKG CK98, Shure VP89 and the Audio Technica AT835b and 815b. DPA’s 4017B Shotgun fits as a high-end model of electret microphones.

More expensive true condenser shotguns include the Sennheiser MKH416/418, the Schoeps CMIT 5 U, the Neumann KMR 82i, the Rode NTG3 and the Audio-Technica 4073/4071.

Estimates are that over 90 percent of the shotgun mics bought today are the electret design. One hopes that the buyers are making an educated choice as to the differences in microphones when they make a purchase.