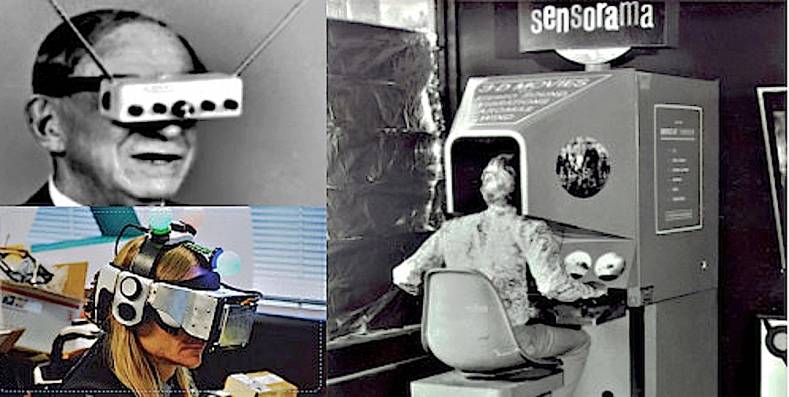 The Hollywood section of SMPTE is convinced that Virtual Reality is already a reality.

When a potential new entertainment medium like Virtual Reality bursts onto the Hollywood scene, SMPTE tries to help us understand its implications.

Under the banner of “VR/AR and other confusing names for a very exciting topic!”, on May 25, 2016, the Hollywood section of SMPTE presented an evening program of discussions about Virtual Reality.

Also known as “immersive multimedia” or “computer-simulated reality”, Virtual Reality, or VR, was one of the hottest topics at April’s NAB conference and is creating a significant buzz in the studios of Tinsel Town. But most of that buzz revolves around, “what the heck is it?” and “what can we do with it?.

At the Linwood Dunn Theater of the Motion Picture Academy on North Vine Street, Hollywood, a lively sold-out seminar moderated by Anthony Magliocco of Entertainment and Media Technology Marketing tried to shed some light on those questions. 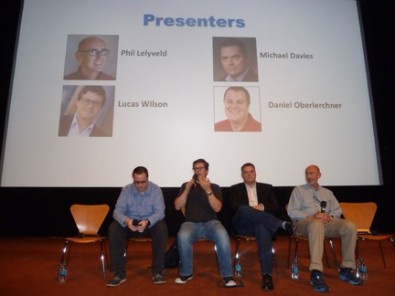 There must have been similar seminars held in Hollywood back in 1927 when the new technology of sound threatened to overturn the silent Movie Kingdom’s apple cart.

“First, what is Augmented reality and what is Virtual Reality?” he began. “If you are walking down a supermarket aisle holding up a phone in front of you and the phone is showing you information about the products around you, that is Augmented Reality. If you are sitting at home directing a robot with a camera down the exact same aisle but you are not actually there, that is Virtual Reality. You are getting sensory input from another location.”

This includes receiving that input from a head mounted display like Samsung’s Gear VR or a cardboard headset such as the Google viewer.

“Most of what you are getting today will be in that zone of mixed or blended reality somewhere between the two but as a practical matter it will be referred to as Augmented Reality or Virtual Reality.”

He defined them as: Magic Window is where you hold up a cell phone in front of you and you can swipe with your fingers to change the view because of the accelerometers inside the phone moving the image.

Cellphone-based VR is like the Google cardboard visor or the Samsung Gear VR where the image is displayed on a cellphone screen inside the headset or viewer. Lelyveld called these first two approaches consumer gateways to the VR experience. 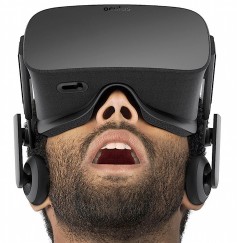 Then there are systems like Oculus Rift that have their own onboard optical system. In Rift’s case it's a 1080×1200 resolution per eye OLED display with a 90 Hz refresh rate and 110-degree field of view. These block our external sight and hearing, making the VR experience more immersive.

Finally, there is the group VR approach offered by companies like The Void where multiple people simultaneously interact with the same VR experience. (The Void calls this “Hyper-Reality”)

“The parameters that define the VR experience make it a new medium,” Lelyveld said, and he presented several videos illustrating each level of VR technology.

This presentation was just the beginning of an entry into a bewildering new dimension of VR experience.

Lelyveld said that VR can be so intense that VR goggles are not recommended for children under 13.

He explained that there are two production techniques for creating VR: you can shoot in 2D and create the VR in post, or shoot with a multi-camera spherical camera rig whose images have to be stitched together to form the 360-drgree environment.

He also pointed out that VR is not a “walled garden”. “The whole world is looking at shooting VR,” he said, “and there is a growing list of consumer and pro-sumer gear with VR cameras starting as low as $200. Google has a whole program for educating consumers about producing, uploading and distributing 3D—uh, excuse me, I mean VR.”

It was a telling Freudian slip, to which the packed audience in the Linwood Dunn Theater laughed forgivingly.

It must be admitted that skeptics abound about the future of VR, with many comparing it to the recent 3D fad. But just like those Hollywood pundits attending that early session on film sound in 1927 they risk being left on the cutting room floor with the rest of the silent movie buffs.