Headphones continue to be an important tool for accurate audio monitoring.

Out of the dozens of brands and types of headphones on the market today, how does an audio producer — who wants to monitor “accurate” sound — select the best model for professional use?

Perhaps the best way to decide is to begin by ruling out certain types of headphones, which are built for a wide variety of listening situations. Most sound recordists use headphones for two kinds of situations: live sound monitoring in the field or critical listening to mixes in the studio. Other applications are purely secondary.

In order to understand the choices among headphones available today, perhaps a bit of history is in order. Headphones came very early in the audio industry. They were, in fact, the only way to listen to audio signals before amplifiers were developed. The first truly successful headset was developed in 1910 by Nathaniel Baldwin, who made them by hand in his kitchen and sold them to the United States Navy.

Some very sensitive headphones manufactured in 1919 by Brandes were commonly used for early radio work. These headphones employed moving iron drivers. The requirement for high sensitivity meant no damping was used, so the sound quality was crude at best. 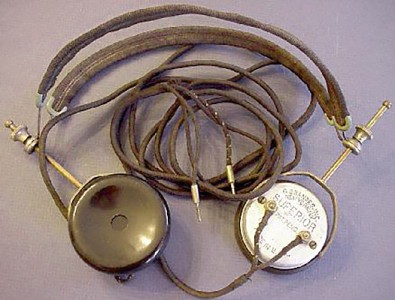 Early (1919) Brandes headphones were commonly used for radio listening,
but were highly uncomfortable.

The first headphones were also not very comfortable to wear. They had no padding and the physical pressure level of the headphones on the head was excessive. Most of these headphones were either designed for telegraph and telephone work, or for crystal sets and triode receivers.

In early powered radios, the headphone was part of the vacuum tube’s circuit. It was normally connected directly to the positive high voltage battery terminal, and the other battery terminal was securely grounded. If the user touched the bare headphone connections while adjusting an uncomfortable headset, he or she could receive a jolting electrical shock. Not a very pleasant experience.

In 1943, John C. Koss, an audiophile and jazz musician from Milwaukee, manufactured the first stereo headphones. From this point on, headphone manufacturing branched out into a myriad of types for various uses.

Basically there are three types of headphones. Full-sized headphones are known as over-ear models, meaning they have circular or ellipsoid earpads that completely cover the ears. Over-ear headphones are large, comfortable to wear and can seal out external ambient sounds.

On-ear headphones have pads that sit on top of the ears, rather than around them. They were commonly bundled with personal stereos like the Sony Walkman, which appeared in 1979. This type of headphone generally tends to be smaller and lighter than full-sized headphones, but offers less attenuation of outside noise.

Both over-ear and on-ear headphones can be further differentiated by the type of earcups: Open-back headphones have the back of the earcups open. This leaks more sound out of the headphone and also lets more ambient sounds into the headphone. However, it offers a more natural or speaker-like sound.

Closed-back (or sealed) styles have the back of the earcups closed. They usually block some of the ambient noise, but have a narrow soundstage, giving the wearer a perception that the sound is coming from within their head. Closed-back headphones tend to be able to produce stronger low frequencies than open-back headphones.

Finally, the third type of headphones are in-ear models. These phones extend into the ear canal, providing isolation from outside noise. But they must fit properly to work well.

These earbuds are portable and convenient, but many people consider them to be uncomfortable and they are prone to falling out of the ear during activity. These can offer excellent fidelity and good noise reduction. Users, however, may turn up the volume dangerously high with earbuds — at the risk of causing hearing loss.

For professional sound monitoring purposes — both live and in the studio — the most frequently used headphones are the full-sized, over-ear models, which provide excellent bass response, sound clarity and good isolation from outside noise. The extra padding makes these headphones comfortable to wear, but they are larger than phones made for portable stereo applications. 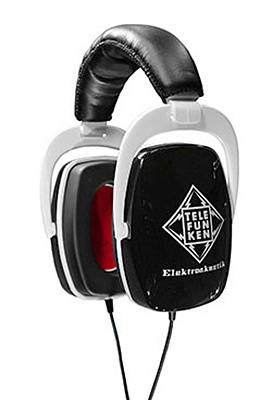 Newer designs try to tackle both live and studio applications by bringing both into the same headphone. For example, Telefunken just introduced its THP29 Extreme Isolation Headphones, which is designed for both live and studio sound. The company said the closed back design, lightweight construction, adjustable head strap and padded ear cushions of the new headphones provide optimum comfort during lengthy recording or listening sessions. The phones are priced at $135. 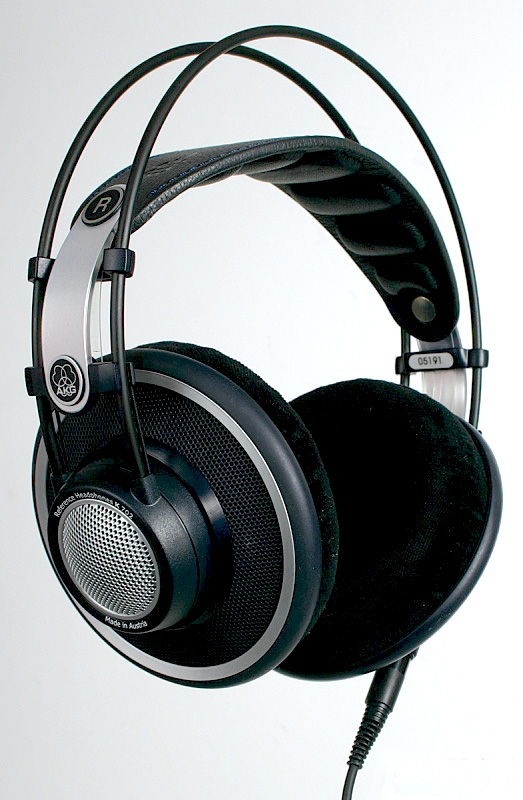 Out of this group of popular headphones, two models standout as proven industry favorites with years of sales. One is great for both live and studio use, while the other is excellent for studio use alone.

For both live and studio, the old industry favorite is the Sony MDR-7506 (introduced in 1991) and its predecessor, the MDR-V6 (introduced in 1985). These models have been one of the world’s most popular professional monitoring headphones since their introduction. They fold up and go with you anywhere, and are built like a tank. 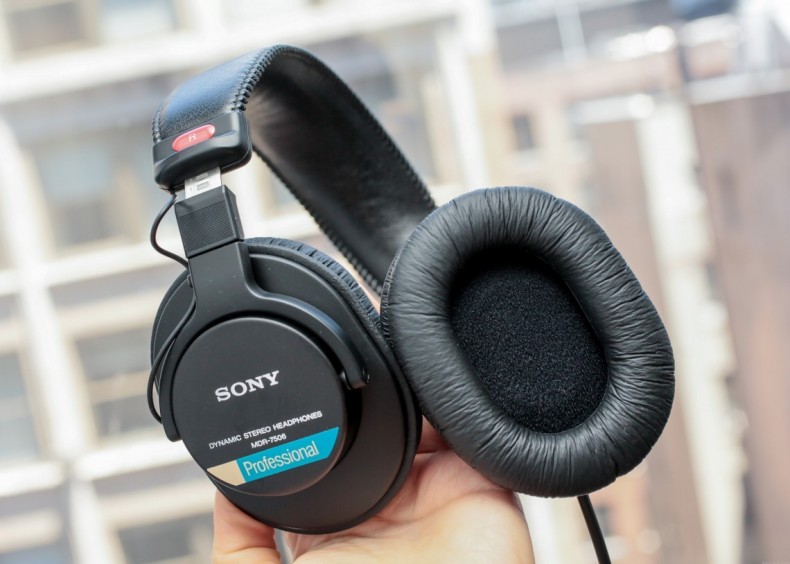 Compared to other headphones at any price, these Sony phones allow users to easily hear noise, distortion, clicks, pops or other problems while working on location. The phones also have excellent deep-bass response, and are a good compromise between revealing imperfections in the field and sounding fine for monitoring mixes in a studio.

Some higher end headphones are more comfortable and sound cleaner, but few in its price class equal the same performance. The Sony phones are designed for monitoring recordings, not for comfortable home listening of high-quality orchestral music. This has made them a workhorse for live recording and studio use. They also work well with iPods, iPads and iPhones.

For studio use, it’s hard to beat the Audio-Technica ATH-M50 headphones. These phones are larger and heavier than the Sony models, and cost about $20 more. But they sound better in studio environments. Their earpieces flip up and down, and to the left and right. This allows an artist to hold one side up to an ear. They lack the portability of the Sony, but work great in a single studio location. 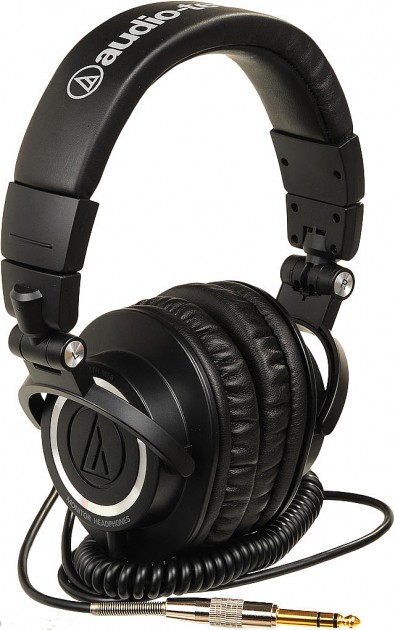 As with professional monitor speakers, headphones are very personal choices. Even if the phones sound accurate, the comfort level for wear over long periods of time may not suit each individual. In radio stations, each disc jockey often chooses his preferred headset and brings them on the shift. The same is true in recording studios, television stations or anywhere else sound is monitored. No one headset design is perfect for everyone.

Like clothing, it's always best to try on the various headphone models before choosing one to buy. Even the most popular models may not be right for each individual. Then, always test the new phones with music you know. Your final choice may surprise you.