The book that never gets written. The gym membership that never gets used. The opportunity that never gets followed. All amount to Procrastination - to defer action; to put off until some future date (Chambers). Broadcasters do not have that option.

So do we go 4K? When do we switch to an IP based infrastructure? What is everyone else doing? Are we in danger of eternal procrastination?

The short answer is yes. But there is one thing to always remember. Doing nothing is not an option either.

In the media business we used to be in charge of our own destiny. New channels were launched, new technologies came along and we clearly recognised the benefit because our industry largely created its own future. We were in a unique position in that respect.

Most other consumer facing businesses were, and are to this day, influenced and controlled by consumer demand and their fickle habits and trends. Now we join the rest. The consumer and other external factors that we glibly called disruptors now do so much more. They influence and control our industry.

It used to be easy to decide what direction to go in because we were in control. We laid the roads and created the traffic. No more.

In 2016, yes I said 2016, some are still grappling with the transition from SD to HD, digital switchover and an integrated content supply chain that goes from acquisition through to distribution and archive with rich, accurate and consistent metadata. Some broadcasters are still dreaming of a scenario in which content is seamlessly distributed to the virtual storefront shelves without some poor worker-bee having to shovel stuff off the broadcast conveyor belt and onto the OTT conveyor belt. And if that's not enough, along comes UltraHD and soon HDR, HFR etc. And just when we thought that formats had settled themselves, along came HEVC, MPEG-DASH and so on. Oh, and I haven’t even mentioned IP and Cloud yet...

So, no wonder procrastination has become the latest stage of our industry’s evolution. Which way should we turn? What do we do with our precious investment and operational budgets in a context of ever declining revenue, apart from just keeping the “wheels on the cart”? Are more media organisations being more risk averse, shifting to become a “follower” because being an “early adopter” is risky and expensive? Or is there so much happening that we can't see “the wood for the trees”? Or is it simply a matter of being afraid of making the wrong choice? All this ultimately means we don’t make decisions at all. Or worse, when they are made we’ve missed an opportunity because we’re too late to the party. 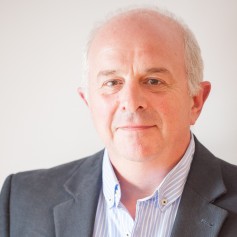 So what's the answer?

It’s first and foremost to define the business benefit. If you do this properly, the answer of what to do and perhaps more importantly what not to do, will be clear. Technology of any kind should never be installed just for technology's sake. That's not to say there is no place for R&D - there certainly is - however R&D should never be productised because technology in all its guises touches more points in a business and plays a much greater part across the entire operation. In short, it enables a business to operate and delivers goods and services to the consumer.

So start out by first defining and justifying the reasons why something needs to be done, the objectives and what the business benefit will be. This will provide clear guidance of what decisions, priorities and choices around technology should be made. If the benefit to the core business can’t clearly be identified, agreed and communicated - then have a hard rethink and try harder. But remember, doing nothing is probably not an option.