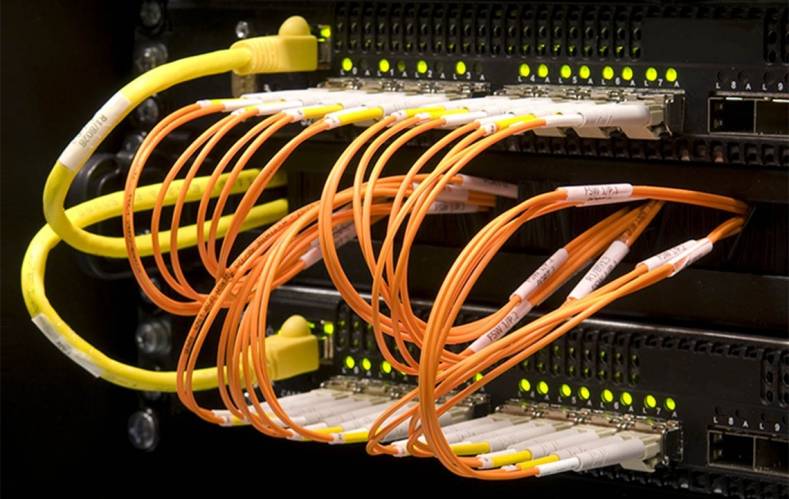 AIMS or ASPEN, that's the question everyone is pondering. Is there another way?

What does IP Video really mean, why there is such hysteria and where it’s all going? At annual industry trade shows, like IBC and NAB, there is often a single ‘buzzword’ which floats to the top of conversations between vendors, broadcasters and consultants. Over the last year or so, that word has been ‘IP Video’, and with each day that passes, IP Video hysteria grows. In this article we will try to rationalise what IP Video actually means in practice, and ask questions about how it will start to play a role in the day to day lives of broadcasters. We will question the ongoing debate around choosing which IP Video protocol is going to become “the standard” and we will conclude that in fact we need more than one protocol to realise the opportunities offered by working with Video in an IP world.

Many parts of the broadcast industry are still in recession, and every part of the chain is feeling the pain of shifting sands. During lean times, broadcasters have held off major reinvestment, and now with ‘IP Video’ entering the conversation, many are nervous about the direction their new investment should take. They are cautious about spending big money on baseband infrastructure because they are worried that they should actually be preparing for an IP Video future.

The response from equipment vendors – who are afraid of losing business simply because they have previously offered only baseband SDI – has been to turn rapidly towards IP Video interfacing for their fundamentally baseband equipment. In doing so they have become ‘buzzword compliant’ – but broadcasters and integrators remain confused.

The result is that vendors are shouting ‘IP Video’ to broadcasters who are nervous of what that actually means to them - and the whole thing spirals into mass hysteria, and nobody buys anything. Meanwhile, for most broadcasters SDI still works fine, and in general, nothing is broken.

Long-haul of baseband video, for example - from a sporting event back to a broadcast centre – is clearly not suited to a single SDI cable, and historically broadcasters have adopted a variety of methods to solve this challenge. Solutions have evolved from hill-hopping between radio trucks, through satellite uplink and downlink to the use of more recently available high speed fibre connectivity between major sporting venues and broadcast centres. A number of solutions are available which are based on encapsulating baseband SDI within some other stream for transport over the fibre, then extracting the SDI again at the other end.

Here you see the seed of ‘IP Video’ and you can also see the practical need for it. Not surprisingly, much of the early work in the IP Video standards we see emerging today has come from the long distance transport industry. It is important to remember the ancestry of IP Video solutions when we start to question whether those same solutions are actually the right answer for IP Video in totally different parts of the broadcast chain.

Back in the studio, the industry is beginning to imagine the dream of a multi camera production system which is natively IP Video. This is a perfect example of a workflow which is achieved perfectly well using SDI, and SDI isn’t broken - so why the excitement about IP Video? 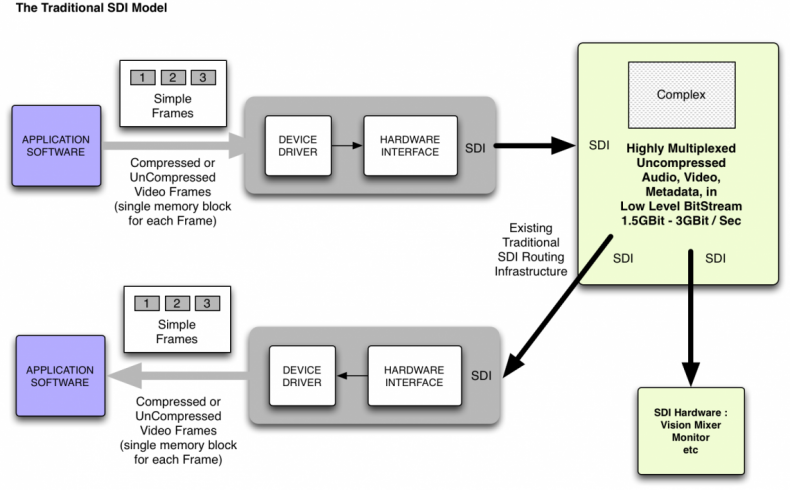 Well, it all comes down to infrastructure cost and flexibility. Building an SDI based production facility involves a lot of cable, and often requires a large SDI signal router. The objective is to get signals from any source to any destination, anywhere in the building. This can end up being fairly expensive, and every part of the chain has to support every one of the SDI cable protocols you need, SD, 720, 1080, along with new variations arriving every year. This brings with it the fear of obsolescence - what will happen when you want to transition to 4K ? How much of that infrastructure will need to be replaced ?

So, the dream is that by moving all the equipment to ‘IP Video’, it might be possible to massively simplify and commoditise the cabling infrastructure – with the associated immediate saving on build cost. At the same time, you have the potential to build a system that could allow any signal to go anywhere on an IP network. Finally, you have an opportunity to provide for format independence – with the same infrastructure able to support future video standards without replacing everything. OK, so maybe there is something behind the hype after all ?

The fundamental question we have to ask ourselves is whether the same solution developed for long haul video should be applied to all parts of a production centre ?. Our conclusion is that whilst there may be some connections which can use that solution, there will be many others where this is simply not appropriate.