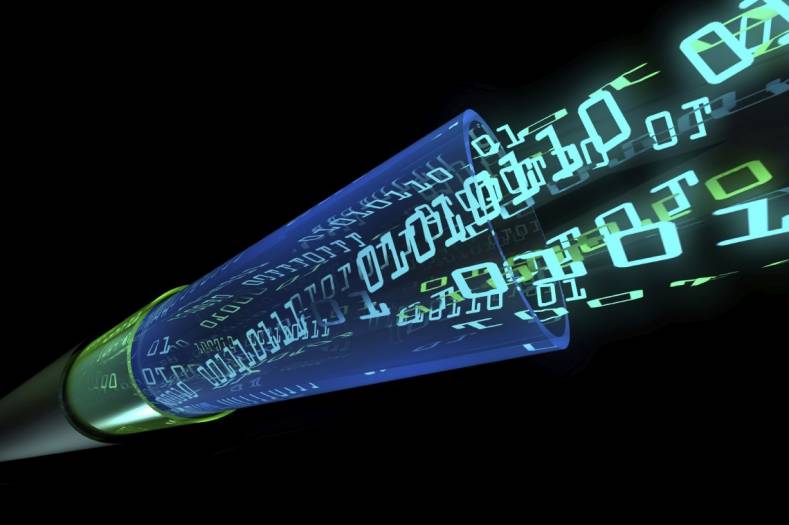 Using fiber optic links to interconnect RF for wireless microphones offers many benefits. Clean signals, much longer interconnect distances and easy build-out are among the advantages an RF-over-Fiber solution can bring.

The advent of wireless audio connectivity has brought with it tremendous gains in the flexibility of television production in both studio and field production environments. Today, wireless microphones are often used for live, on-scene news reporting, in sports and music events, and in the creation of documentary and commercial content.

The advantages provided by cable-free audio include enhanced freedom of movement for reporters and performers, speedier setup and teardown, the elimination of boom shadows and associated shot blocking problems. And, wireless operation may mean that fewer crew members are required.

Early wireless audio systems typically required the installation of receivers (and transmitters where two-way communication was required) in a small equipment rack along with a suitable antenna system. This equipment package was typically placed close to the shooting location to ensure good signal strength and then was connected to the studio or production van with conventional multicore audio cables.

Such nearfield placement of receivers/transmitters also helped overcome some of the interference issues which have become common in today’s world of ever-increasing use of RF devices and a shrinking amount of available spectrum. This technique enhanced a system’s signal-to-noise ratio and allowed wireless devices to be operated at lower output levels. The result was longer battery life while also reducing the potential for unauthorised reception and use of audio being transmitted. 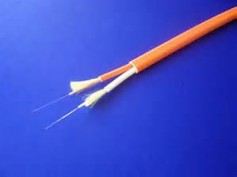 This dual fiber cable is light-weight, flexible and easily installed at a broadcast or production site.

Despite the advantages provided by wireless audio connectivity, the use of the large and heavy copper cables posed a distinct disadvantage, as their weight and size slowed deployment and removal once the production was completed.

Some engineers tried to eliminate the multi-core cables by relocating the receiving equipment package near the production truck, retaining only an antenna system and an associated RF amplifier, at the production site.

Receivers for each RF channel were located in the remote truck, allowing direct access by the audio person, thus simplifying checkout and operational adjustments. Connectivity between the antenna system and this remotely-located receiving equipment was achieved via conventional coaxial cable.

While this worked, operational distances were limited by cable losses, which in the 470-800 MHz region can amount to as much as 50dB per 100 meters of cable. If long runs were needed, higher-performance coax was required, which meant extra weight—and higher cost. Such installations often required the use of one or more RF amplifiers, thus further adding to the complexity of the setup, and potential points of failure.

A relatively new innovation in the wireless audio connectivity realm allows the replacement of the coaxial cable and associated line amplifiers with small, lightweight, and easily deployed fiber optic cable.

This Wisycom block diagram illustrates how a wireless microphone system can be located even miles from the mixing location by using a fiber optic interconnect.

The use of fiber optic cable for relaying radio frequency (RF) signals is not exactly new, dating back at least to the late1980s. Once suitable electrical-to-optical and optical-to-electrical transducers and associated modulation and demodulation equipment was developed, fiber technology was used for transporting 500 MHz blocks of L-Band (1 GHz range) RF signals between satellite receive antenna low-noise block downconverters (LNBs) to remotely located receivers. Only recently has such technology been applied to television/cinema wireless audio applications.

The advantages accrued by replacement of coaxial cable with fiber extend far beyond physical size and ease of deployment. Much greater interconnection distances are easily achieved, as typical single-mode fiber optical losses amount to only about 0.5 dB per kilometer.

Additionally, fiber can be easily routed to allow placement of the wireless receiving/transmitting gear in close proximity of the handheld or beltpack wireless devices being used. This is a big plus when working in large venues such as sports stadiums or outdoor concerts.

What to look for when buying

When shopping for such a fiber optic-based system, potential adopters should look for equipment packages employing a modular architecture, rather than one that takes a “one size fits all” approach. A modular design allows users to precisely tailor a system to their particular application. Then, as requirements change, the system can be easily modified by adding or exchanging components.

Compact modular configurations also lend themselves to the creation of a fully redundant fiber linkage system. This type of solution can rely on off-the-shelf equipment with features such as; failure sensing and automatic switchover circuitry to further enhance operational reliability. 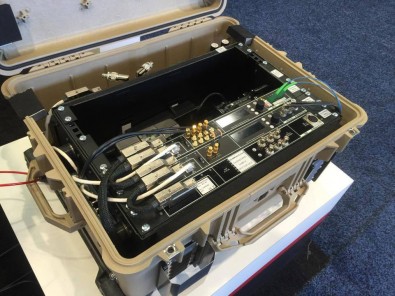 These Wisycom RF modules illustrate how an audio-over fiber optic system is compact and can be mounted in a small travel case, ready for immediate deployment.

Users should also look for such desirable features as automatic optical power level trimming. Another useful feature is the capability to internally record the received RF levels. This will help in troubleshooting and assist operators in determining if a laser diode may be nearing the end of its useful life. Optical power metering for individual channels also makes it easy to ascertain the overall health of the system and to quickly spot damaged fiber or poorly installed connectors.

Another useful feature—especially in today’s congested RF spectrum environment—is the inclusion of low-noise amplification at the receive antenna. Typical with virtually all state-of the-art broadcast electronic equipment is the use of integrated display panels to allow operators to perform initial system setup and to make operational adjustments. When choosing a fiber package, note the size of these meter displays. They need to be sufficiently large so they are easily readable under a variety of lighting conditions.

Today’s television and cinema productions depend more than ever on high-quality audio. One of the best ways to provide this is through the use of fiber-based transmission equipment.