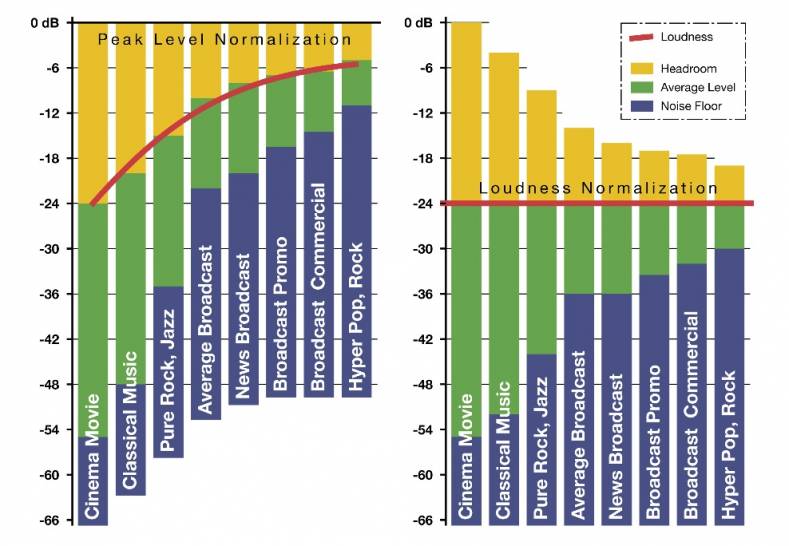 Measuring loudness is key to keeping an audience tuned to your channel. Image: digital.eca.ed.ac.uk

It is all very well being able to quantify the volume of a signal, however, what is important is how loud it is perceived to be.

The human ears perception of sound changes depending on a whole host of factors such as frequency, duration or the direction the sound is coming from. In addition, our interpretation of loudness is highly individual and circumstantial; a gunshot in a library would sound much louder than near a motorway during rush hour even though the actual volume of the audio signals could be comparable. Therefore it is necessary to have a quantifiable measurement that can relate to how loud a sound will be perceived.

The International Telecommunications Union has set out a standard algorithm, defining a clear method of calculating loudness in ITU-R BS. 1770-1/2. This algorithm consists of a frequency weighting followed by a mean square calculation. The channels are given different channel weightings and then summed to give an overall loudness value. This allows for determination of loudness depending on the power carried by the signal, the signal length and several other factors. Loudness can be displayed on a scale where 1 loudness unit (LU) is comparable to 1dB. There are a number of different methods of calculating loudness as well as different units for measurement, as defined by different regulation bodies. For example, the European Broadcast Union has its own specification (R128) that is based on the core algorithms defined in BS.1770-1/2.

Once the appropriate algorithm has determined the loudness of the system, the signal can be altered to ensure that it is not too loud. The very best method is always to remix the sound track. Usually though, the source material is not available, and in any case remixing can be prohibitively expensive. So the next best method, in particular for small excursions from the target, is automated compliance adjustment. 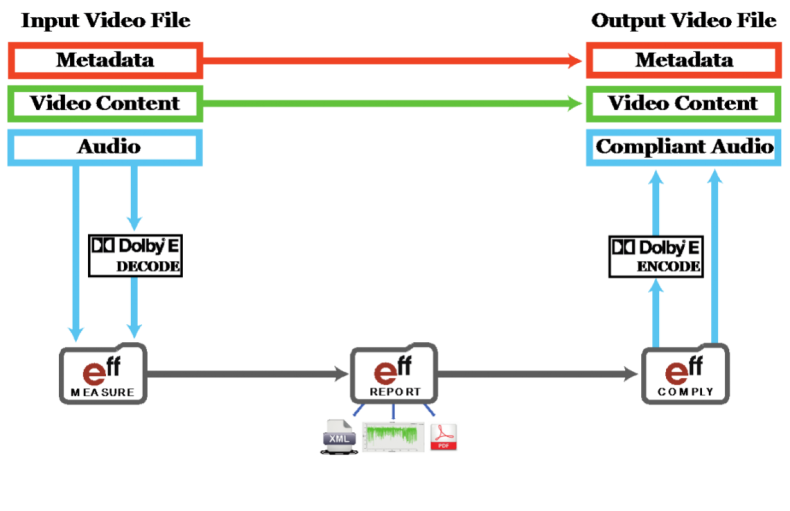 Figure 1. There is a global movement to adapt Program Loudness and True Peak correction for Loudness Compliance. Engine from Emotion Systems allows the creation of workflows that deal with all the worldwide standards and can also Measure and Correct a wide range of Channel layouts (4 Stereos, Stereo + 5.1, etc.) Engine supports up to 64 channels of audio.

For example, if a signal has a peak loudness of -20LUFS it needs to be reduced by 3LU to comply to a target of -23LUFS. As a 1LU change is equivalent to a 1dB change we can reduce the whole signal by 3dB, and this will make it compliant.

Some audio clips may have a prolonged period of silence or low volume sound, which can skew the loudness calculation, resulting in any sound in the clip being altered to be too loud. For example, a nature documentary may have long periods of silence where animals are shown. These extended quieter periods would lead to the loudness being calculated as quite low, so that gain would be applied to make the audio compliant. This risks making noisier sections of the soundtrack have an excessively high volume.

In order to combat this, a gating concept to filter out low volume sounds or silence was adopted within ITU BS.1770-2. This concept works in two stages: firstly using an absolute threshold of -70LKFS and secondly using a relative threshold that is 10LU below the absolute loudness calculation. The file is divided into 400ms sampling blocks each with a 75% overlap to the previous and following section in order to obtain the best sample of the audio signal. If the loudness of the sample block is below the absolute threshold of -70LKFS then it is discarded. The loudness of the remaining blocks is calculated and a relative threshold defined -10LU below this. Any blocks below this relative threshold are discarded and the loudness is calculated over the entire file.

One of the drawbacks of using digital processing of an analogue signal is the loss of the true peak of a sample due to sampling errors. If a peak falls between two samples values, the true value of this peak will not be detected. In order to ensure that the correct peak values are sampled the signal is oversampled.

Complications of PPM vs loudness

The current industry measurement method to ensure quality control and compliance is to run the audio sample through a PPM meter and have an operator watch the resultant movement on the meter, ensuring that the levels do not exceed those permitted. This is both time-consuming and very inefficient with respect to man-hours. It is evident that in the digital age a new, more efficient method must be employed.

Figure 2. A series of Audio Processing Modules including; Loudness, Channel Mapping and Mute, Dolby E Encode/Decode, Upmix and Downmix, Admix (Audio Description Mix/ DVS Mix), Channel Replace and Channel Extract, can be put together in minutes by the engineer or operator to meet the required configuration(s) for a broadcast, post or playout facility. Engine uses a simple, high speed, scalable model that provides the ability to increase total throughput.

File based software applications need to address audio loudness compliance and normalisation. Audio loudness compliance and normalisation software should allow users to normalise audio files and ensure compliance with regulations. Software can also be used as an analysis tool, allowing users to view an overview of levels throughout the file. The implications in quality control and efficiency are profound; no longer does the sample have to be monitored in real time to ensure both compliance and lack of anomalies. Digitising archives is itself a very time-consuming process and can be made easier using a watch or drop folder workflow, which will automatically analyse files to set them to a predefined level and remove the possibility of wildly varying loudness between different files.

Loudness has gained significance as a major issue, with increasing complaints from consumers, and has long become accepted as a problem that needs to be addressed. The emergence of loudness standards both legislated and voluntary has in turn driven the need for effective loudness tools. Suppliers of content to broadcasters now have to comply with these legislated or voluntary standards. There are heavy fines that can be imposed for non-compliance. This has generated an urgent requirement for cost effective, digitized products for the attenuation and normalisation of audio.